Less than a month from now, South America will welcome the Games for the first time. 25 Aug 2015
Imagen

By International Federation for Sport for Athletes with an Intellectual Disability

About a month from now, INAS – the International Federation for Sport for Athletes with an Intellectual Disability – are preparing to welcome around 700 athletes from around the world for the 2015 Ecuador INAS Global Games.

On 20 August, INAS marked one month from the competition, which will be one of the world's largest elite sporting events for athletes with an intellectual disability. The 2015 Ecuador INAS Global Games, which runs from 20-27 September in Quito, will be the fourth edition of the Games and were first held in 2004. But this year will be the first time the Games will come to South America.

Germany’s national table tennis class 11 champion Hartmut Freund is one of the athletes who has qualified for the Games and will be Germany’s sole participant.

“Table tennis is his life and the Global Games is a great adventure for him” his coach Norbert Freund said. “Due to no financial support, he is largely dependent on sponsors, family and his idol – German table tennis star Dimitrij Ovtcharov - who has kindly supported his international competitions.”

Planning for the Games has been hampered in recent days by activity at the Cotopaxi Volcano – located around 35 miles to the south of Quito. Whilst INAS has confirmed that they expect the event to go ahead as planned, an announcement will be made in the coming days regarding athletics and table tennis, which were due to be held in the town of Latacunga, located close to the volcano.

INAS President, Amaury Russo,said: “Despite the complications of the past few days, I believe we can look forward to an exceptional event in Quito next month, and it will be an exciting preview to some of those athletes seeing qualification to the Rio 2016 Paralympics just a year from now” 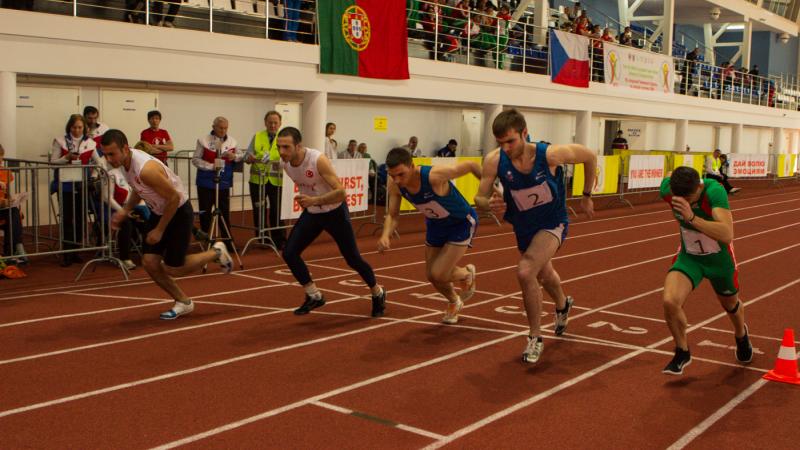