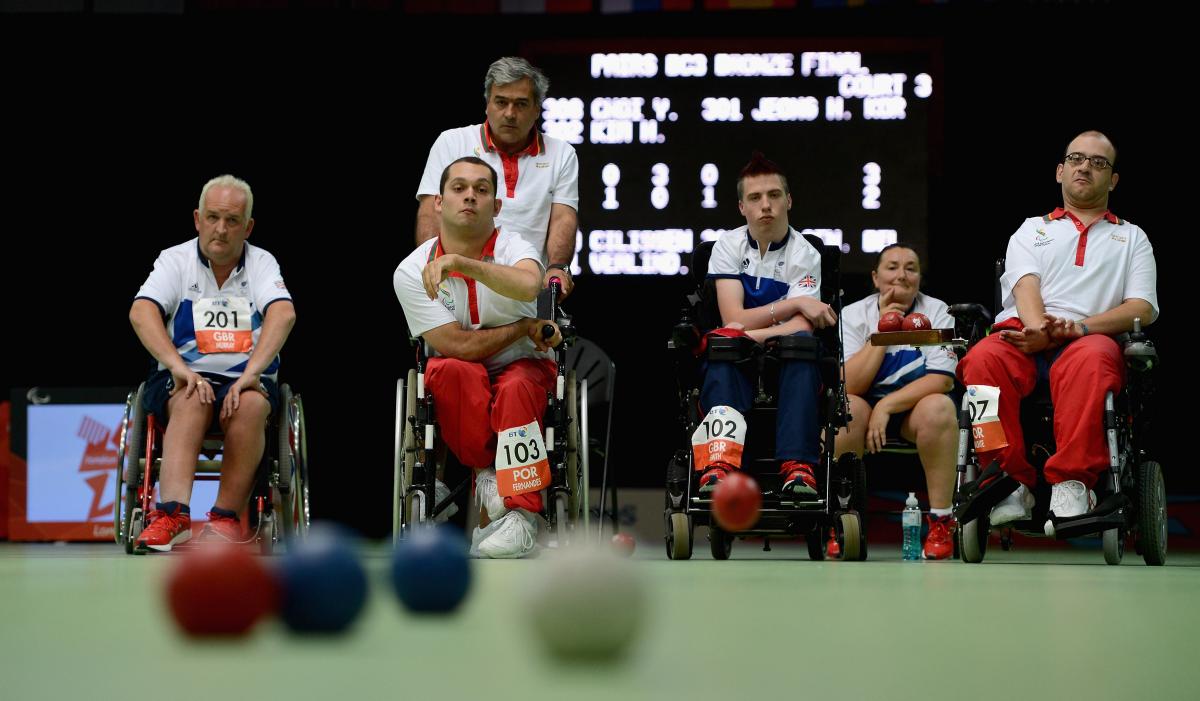 ⒸIPC
By Daniel Hopkins | For the IPC

I think the challenge for the European title could come from four players other than myself, including Roger Aandalen, my Europa cup finalist opponent, Daniel Perez (the Netherlands), Antonio Marques and Joao Paulo Fernandes.

Europe’s top boccia athletes are set to compete at the 2013 European Boccia Championships in Guimaraes, Portugal.

The 2013 European Boccia Championships are set to begin on Saturday (15 June) in Guimaraes, Portugal and will feature several Paralympic medallists.

Great Britain’s David Smith picked up a silver medal in the BC1 competition at London 2012, and now he is focused on defending his European title.

Smith said: “Having developed my technique and power since London I reckon I'm 10 per cent better than I was in London.

“I am going into the Euros in good form, having set down quite a strong marker at the 2013 Riverland Cup in Holland, which I'm sure my rivals will respond to.”

The BC1 event will also see the Paralympic bronze-medal winner in Norway’s Roger Aandalen, making for a very interesting contest for the top prize.

“I think the challenge for the European title could come from four players other than myself, including Roger Aandalen, my Europa cup finalist opponent, Daniel Perez (the Netherlands), Antonio Marques and Joao Paulo Fernandes.

Along with Marques and Fernandes, Portugal will have a strong contingent at the championships, and they will be hoping to give a top class performance in front of a home crowd.

Portugal’s Abilo Valente is ranked No. 1 in world in the BC2 classification and his compatriot Jose Carlos Macedo won both silver and bronze at London 2012 in the BC3 mixed pairs and single competitions, respectively.

Macedo will have an eye on Greece’s Greg Polychronidis, who is the highest ranked European competitor in the BC3 classification.

Coming off the back of a gold medal win at the 2013 Greek National Championships in Attiki, Greece, Polychronidis aims to dominate in Guimaraes, but expects tough opposition.

Polychronidis said: “I have won gold at previous European Championships, and I will give my best to win every game I play and return home with two more gold medals.

“Every year we have to face new powerful opponents, added to the traditional elite, and there is no way to predict who will be the toughest competitor, but one thing is sure, every game will be difficult.”

The BC3 event will also feature Belgium’s trio of Kirsten de Laender, Pieter Cilissen and Pieter Verlinden, who collectively picked up a Paralympic bronze medal victory in the mixed pairs competition in London.

BC4 competitors Peter McGuire of Great Britain and Czech Republic’s Radek Prochazka will do battle again in search of a gold medal, having met each other in the semi-final stage at the Paralympics, at which point Prochazka was victorious.