Subhead: Rieder, 17, is a strong medal contender for the winter Paralympics after claiming bronze at the Worlds. 09 Mar 2017
Imagen 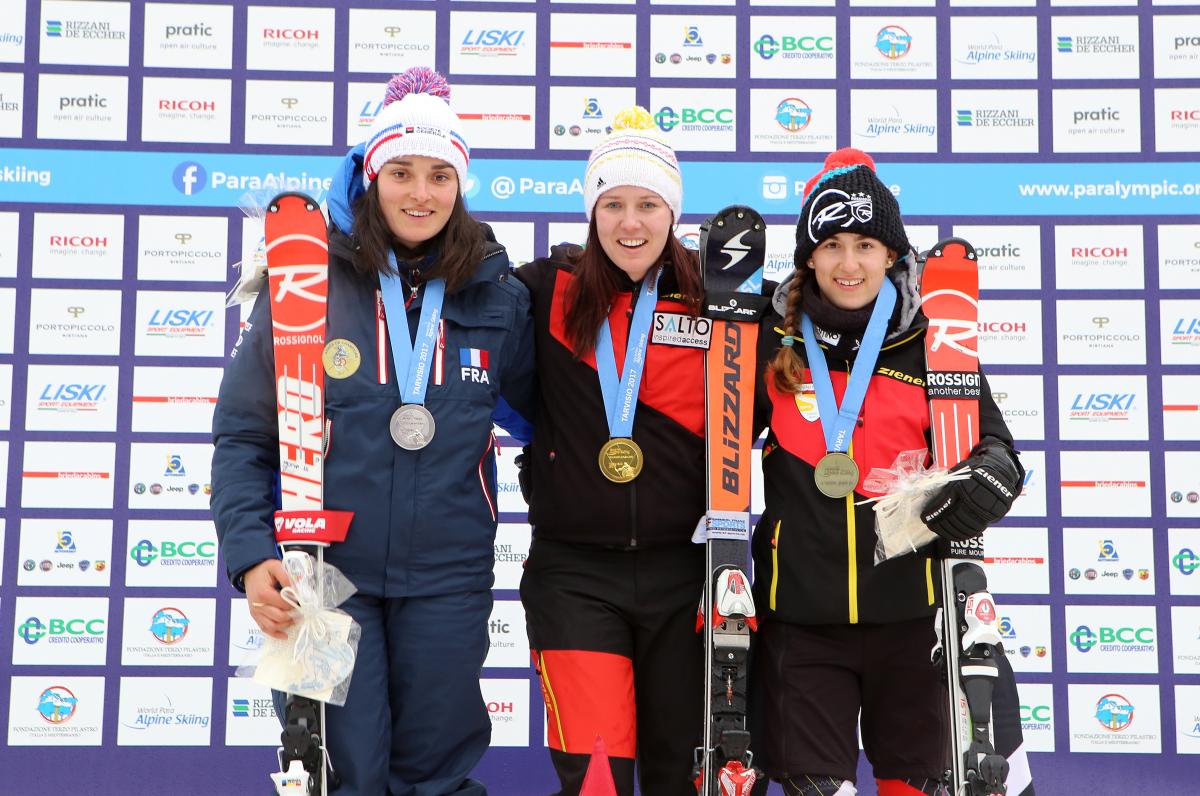 "It's cool and makes me proud to be a part of this successful team and to make my contribution to it with my medal."

Germany’s Anna-Maria Rieder burst onto the podium at the 2017 World Para Alpine Skiing Championships, claiming bronze in the women’s slalom standing on her major international debut.

Now the 17-year-old is ready to take on the biggest stage – the PyeongChang 2018 Paralympic Winter Games in exactly one year’s time.

After her World Championships performance in Tarvisio, Italy, Rieder has already won two more Europa Cup races. The German national team has enjoyed great success as a whole this season.

“We even won 14 medals in Italy. It's cool and makes me proud to be a part of this successful team and to make my contribution to it with my medal,” said Rieder.

In February 2000, Rieder was born three-and-a -half months premature and weighing only 722 grams. She spent six months in the hospital fighting to stay alive.

Today her left side is paralysed, but this Oberammergauer was early to skis, winning races at just four years old. Fast forward just a few years, and Rieder is an ambitious racer continuing her success for herself, her family and her country.

Still a teenager, she is juggling school and training, where social science and – unsurprisingly – sport are her favourite subjects. “Besides winter and snow I like the ocean and the beach, I love being outside and enjoy longboard, unicycle or many other sports,” she said.

However, due to school she will not be at the Test Event in PyeongChang, South Korea, which gets underway on Sunday (12 March).

This has not dampened her drive to make the team in 2018. “I would like to do my best skiing and deliver good runs,” said Rieder. “A top five result would be great, should it be a medal, then this would be amazing. I would be satisfied if I do my best performance in every run.”

Rieder will be looking to win at the Austrian and Swiss Nationals as well as at Europa Cup Finals in Veysonnaz, Switzerland, from 29-31 March.

Her parents, who work as ski-coaches and have a passion for Para alpine skiing, are a huge inspiration. Rieder also keeps good company with Felix Neureuther, the German able-bodied World Cup alpine skier, whom she has known since birth and is a good friend of the family.

The next few years will be about balancing training and school.

Rieder reflects on her continual growth: “In December 2016 at my first World Cup race in Kuhtai, Austria, I was very, very nervous. Now I know that it was just a ski-race like any other. I'm happiest when I can race. Because of my disability, I must work hard for everything, but if I succeed, I’m more motivated.”

The Games will feature up to 670 athletes who will compete in 80 medal events across six sports: alpine skiing, biathlon, cross-country skiing, ice hockey, snowboard and wheelchair curling.