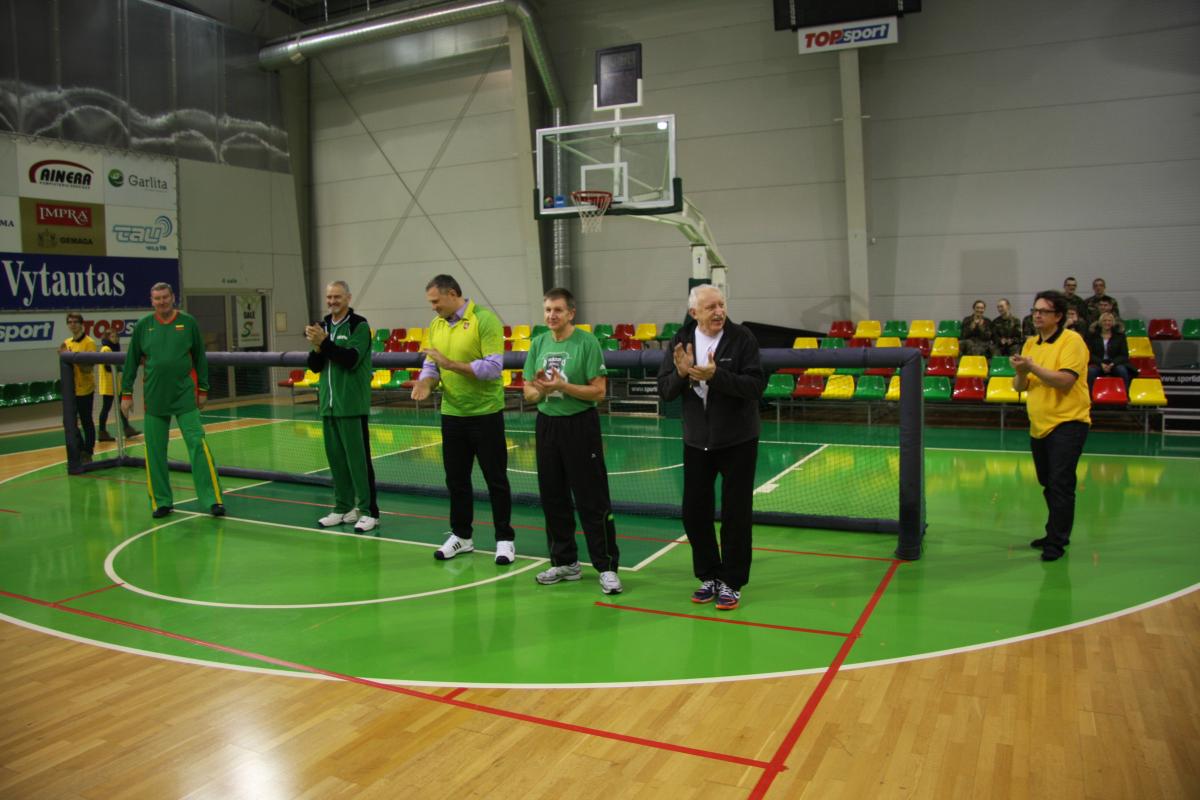 ”We are used to playing football or basketball but in goalball you have to sense and hear the ball, sense your colleagues and opponents standing at 18m distance”

Famous Lithuanian sportsmen, leaders of art organisations and politicians played goalball for the first time at a public event recently to promote July‘s IBSA Goalball European Championships which will be held in the country.

The event called “Playing in the Dark” was organised by the Lithuanian Blind Sports Federation for society of Kaunas.

Lithuanian Olympic discus champion Virgilijus Alekna admitted it was not easy to orientate himself on the court when giving the sport a try.

“It’s a strange feeling when you can’t see anything and unusual to trust only what you hear. It was not easy at all for me to play goalball, because I had to use my arms to find my position. The space feels completely different with your eyes closed. That is why we have to support and be so proud of our blind sportsmen who represent our country on the top level,” said Alekna who won gold at the Sydney 2000 and Athens 2004 Olympic Games.

“I lost my orientation completely and scored a goal into my own nets. We are not used to base our lives on listening and touching. I recommend everybody to try this game – it made me so sensitive to understand better what it is like to be visually impaired and train in Paralympic sport at such a high level,” said an emotional Ciupkovas afterwards.

“It’s like trying to catch a black cat in a completely dark room. It’s like a night game. We are used to playing football or basketball but in goalball you have to sense and hear the ball, sense your colleagues and opponents standing at 18m distance,” said Lithuanian singer Liudas Mikalauskas.

“Playing in the Dark” was the first public event to promote the 2015 IBSA Goalball European Championships which will take place between 5-12 July in Kaunas, Lithuania. The participating men’s teams are: Lithuania, Spain, Turkey, Germany, Czech Republic, Finland, Belgium, Slovenia, Sweden and Ukraine.

The President of Lithuania Dalia Grybauskaite is a patron of 2015 IBSA Goalball European Championships.