Favourites out of gold medal contention at archery Euros

Great Britain’s John Stubbs, the Czech Republic’s David Drahoninsky and Swiss favourite Martin Imboden all fail to make it into the running for gold medals in Nottwil, Switzerland. 30 Jul 2014
Imagen 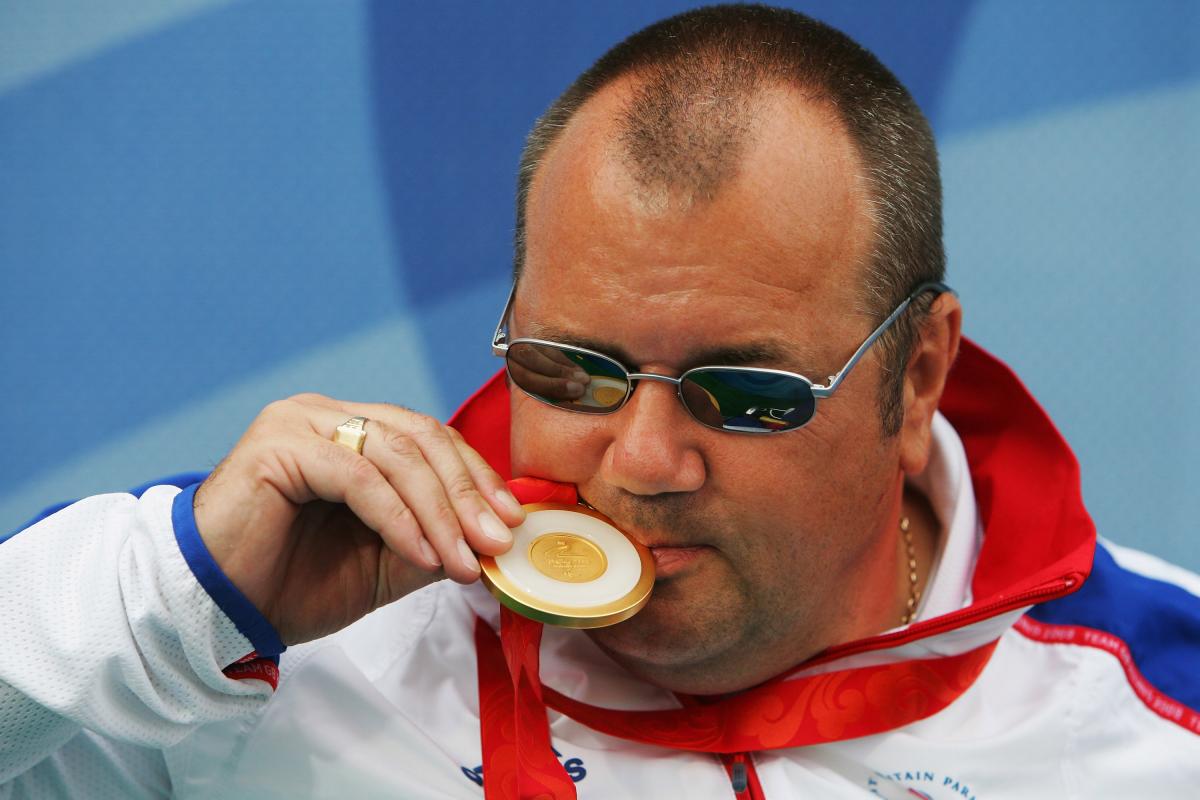 John Stubbs, from Great Britain Archery Team, kissing his gold medal after winning the Men's Ind. Compound - Open in the Archery event during day seven of the Beijing 2008 Paralympic Games.

"The event also saw home favourite Martin Imboden lose out on a place in the finals."

Great Britain’s reigning world champion John Stubbs and world No.1 David Drahoninsky of the Czech Republic have been dramatically beaten at the 2014 European Para-Archery Championships in Nottwil, Switzerland.

Stubbs, competing in the men’s compound open, is into the medal matches but will only be aiming for bronze against Italy’s Alberto Simonelli on Saturday (2 August). The event also saw home favourite Martin Imboden lose out on a place in the finals.

The gold medal match will be between Finland’s Jere Forsberg and Slovakian Marcel Pavlik.

Drahoninsky was beaten by Finland’s Jean Pierre Antonios 137 to 134 in the semi-finals of the men’s compound W1. He will face German Uwe Herter in the bronze medal match on Saturday (2 August), whilst Antonios will go head-to-head with Great Britain’s John Cavanagh for gold.

In the women’s compound open, current Russian world No.1 Stepanida Artakhinova lost out to Italy’s Eleonora Sarti in the quarter-finals. Sarti then failed to make it past Great Britain’s Mel Clarke in the semi-final who will make an attempt on gold against Sweden’s Zandra Reppe on Saturday (2 August). Turkey’s Burcu Dag and Sarti will compete for bronze.

Three of Clarke’s teammates head out in the women’s compound W1 finals. Jo Frith and Vicky Jenkins have made sure of a gold for Great Britain in the event, but who will get which colour will be decided at the weekend (2 August).

In the bronze medal match, Chloe Ball will look to hold off Russia’s Elena Krutova to make it an all British podium.

France’s Stephane Gilbert will make an attempt on gold against Russia’s Bato Tsydendorzhiev, whilst his teammate Anton Zaypaev will face Italian Alessandro Erario in the men’s recurve open finals on Sunday (3 August).

On the women’s side Poland’s Milena Olszewska will take aim against Italian Elisabetta Mijno for No.1 spot on the podium. Russia’s Svetlana Barantseva and Turkey’s Merve Nur Eroglu will fight for third.

The mixed team compound finals will be decided on Saturday with the gold medal match between Turkey and Russia set to headline the morning session. The match for bronze will take place between Great Britain and Italy.

The mixed recurve will see Great Britain looking for their second team bronze medal against France. The gold medal match-up of Germany and Poland will then bring to a close the morning of the final day (3 August).

The 2014 European Para-Archery Championships, featuring around 130 athletes from 26 countries, continue until Sunday (3 August).