First Asian Pacific Cup to kick off in Beijing

Elsewhere, the entries are dominated by dancers from Japan, Hong Kong, Chinese Taipei and China all hoping to perform well ahead of the 2014 Incheon Asia Para Games.

Around 50 couples from eight countries have gathered in Beijing, China, hoping to dance their way to the top at the very first IPC Wheelchair Dance Sport Asian Pacific Cup this weekend (5-6 July).

After an expansion in the calendar to eight IPC Wheelchair Dance Sport competitions across the world in 2014, the Cup will also be the first event held in China as the sport moves into new countries.

Continuing their dance floor rivalry are 2013 combi standard class 1 world rankings No.1 and No.2.

The Slovakian couple of Helena Kasicka and Peter Vidasic ended their season on a high after winning the world title in December in Tokyo, Japan.

The South Korean pairing of Hye Jeong Jang and Jae Woo Lee followed closely behind in the rankings, but at the World Championships could only manage a fifth-place finish.

Elsewhere, the entries are dominated by dancers from Japan, Hong Kong, Chinese Taipei and China all hoping to perform well ahead of the 2014 Incheon Asia Para Games.

Russia’s Irina Gordeeva and Dmitry Torgunakov picked up a Worlds silver medal in the duo standard class 2 in Tokyo against Chinese Taipei’s Lee Su-Jung, who will be dancing with new partner Lin Chung Hung in Beijing.

Gordeeva will switch partners for the combi standard class 2, to dance with Alexander Lyapin. The pair currently sit second in the world rankings after three competitions. 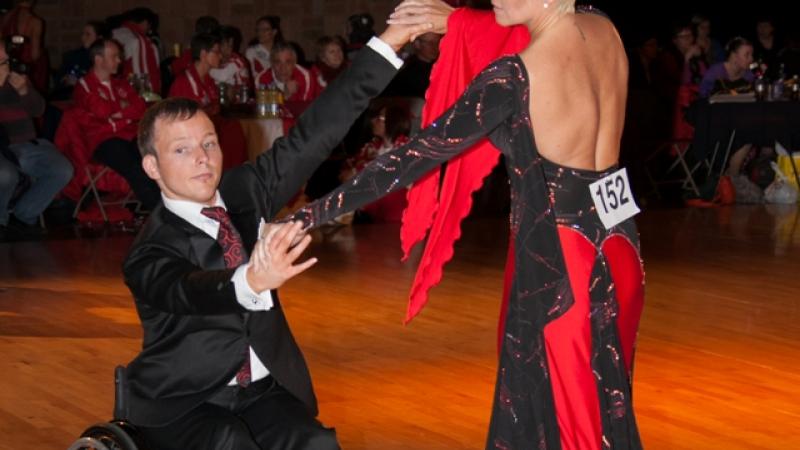