There were also further podium finishes for German biathletes in Finsterau on Saturday (11 February). 11 Feb 2017 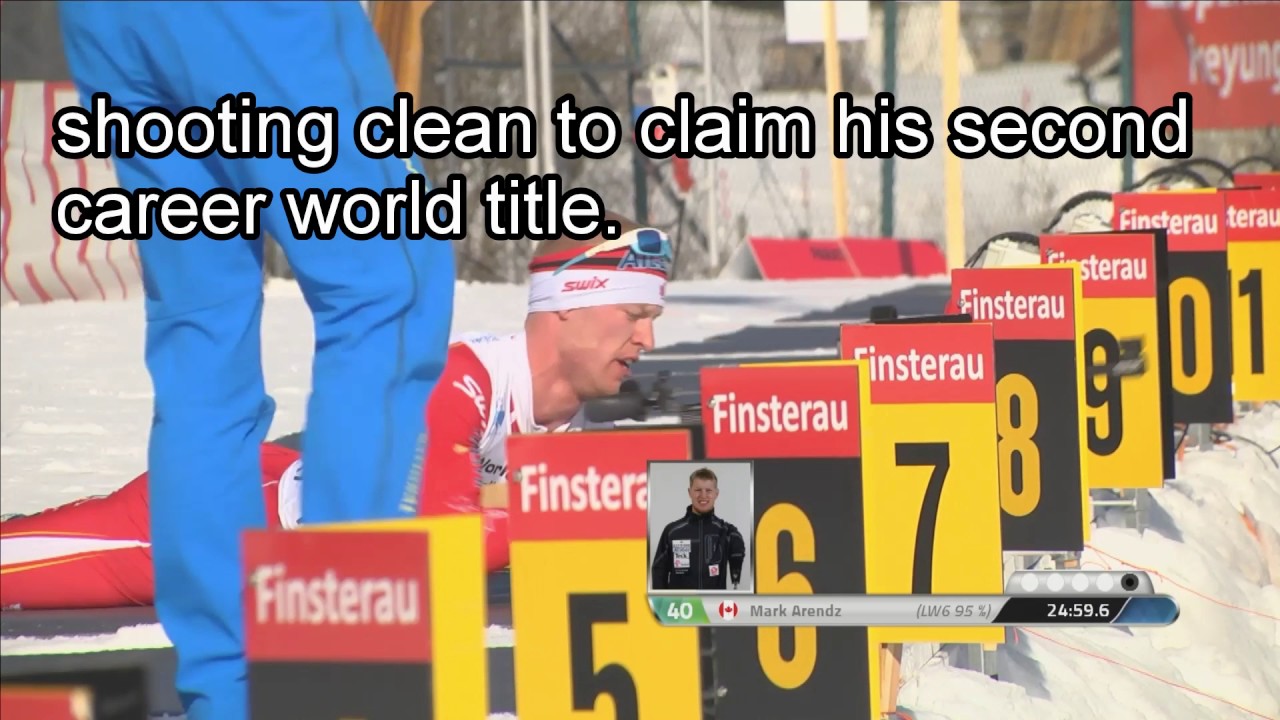 Germany’s Martin Fleig opened the World Para Nordic Skiing Championships in Finsterau in style on Saturday (11 February), peaking at the right time to claim his first world title for the hosts in the men’s middle distance biathlon sitting.

“I cannot believe it, it is unreal for me, I do not know what is going on,” said Fleig, trying to soak up the atmosphere after his win. “I had a good race and I only missed one shot. Having my people cheering for me gives me extra power.”

In the women’s sitting Belarus´ Lidziya Hrafeyeva had only secured her first win in biathlon a few weeks ago, when she was the fastest in the sprint at a World Cup in Western Center, Ukraine.

But she proved that victory was not a one-off as she won gold again in the middle distance on Saturday.

“My first medal at a Worlds and it is gold. This is like a dream for me,” she said.

The 26-year-old´s last victories had been in the same event at the Asia Cup in PyeongChang, South Korea, in 2016, and in the long distance at a World Cup in Canmore, Canada, in 2013.

“This is something special for me and I am very happy,” said Arendz (30:39.3), who was followed onto the podium by France´s Benjamin Daviet (31:14.3) and Ukraine´s reigning Paralympic champion Grygorii Vovchynskyi (31:22.8).

The rest of the biathlon middle distance races were also full of excitement.

In the women´s standing, Ukraine´s Oleksandra Kononova confirmed why she is the defending champion in three distances, taking gold with a time of 31:41.5. Her teammate Lyudmila Liashenko (33:05.7) and Japan´s Yurika Abe (34:14.3) ended second and third, respectively.

“I am happy but there is still a lot of work to do and many races to compete in,” said multiple Paralympic champion Kononova.

“It feels great to win this title, this is very big and I did not expect to win. But hopefully now I will win more golds in the days to come,” said Utkin.

Ukraine´s Olga Prylutska (33:11.4) and guide Volodymyr Ivanov claimed gold in the women´s visually impaired to make it to her second podium at a World Championships after winning bronze at Cable 2015.

“Is this real? Because it has not sunk in yet,” said Prylutska.

The World Para Nordic Skiing Championships in Finsterau will continue on Sunday (12 February) with the cross-country skiing sprint events. A total of 120 athletes from 20 countries are competing.