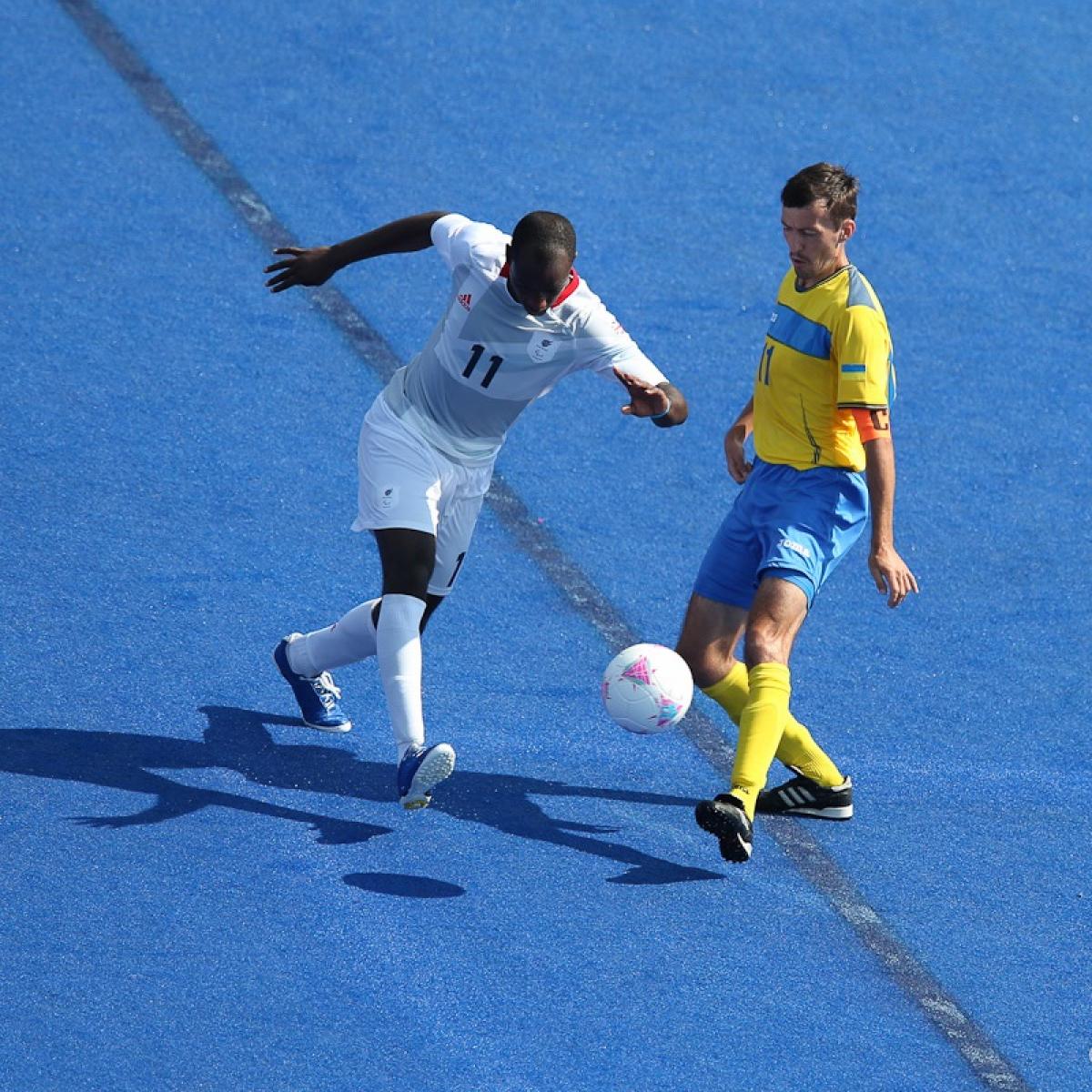 Shay Given said: “The BT Paralympic World Cup has become a well known event in Manchester and it’s fantastic to see Football 7-a-side introduced as a new sport. The team has a lot of talent and we wish the GB squad competing in the event the best of luck and will keep an eye on their progress through the competition.”

In a year which sees the Football world compete for ultimate honours at the FIFA World Cup, the annual BT Paralympic World Cup acknowledges the sporting prowess of elite disability players in the Football 7-a-side game, which is an adaption of the sport for athletes with cerebral palsy and invites teams from Great Britain, the Netherlands, USA and the Republic of Ireland to compete.

Said Shay Given said: “The BT Paralympic World Cup has become a well known event in Manchester and it’s fantastic to see Football 7-a-side introduced as a new sport. The team has a lot of talent and we wish the GB squad competing in the event the best of luck and will keep an eye on their progress through the competition.”

The sport will add an exciting new dimension to the BT Paralympic World Cup in a city renowned for its Football heritage and its support for disability Football leagues. The event will be held in Manchester from 25 to 31 May.

The countries have been selected to align with a new team challenge which sees Great Britain take on teams from Europe, the Americas and the Rest of the World, competing across four sports for the BT Paralympic World Cup trophy. Football 7-a-side joins Wheelchair Basketball, Swimming and Athletics, which continue as events for the sixth consecutive year.

Following a review of the event and to enable other Paralympic sports to receive key competition and exposure in the build up to London 2012, Track Cycling will not feature in 2010.

ParalympicsGB Chief Executive Phil Lane has welcomed the new sport and team format and said: “We are delighted to have Football 7-a-side included in the BT Paralympic World Cup, which we believe will be the World Cup to watch this year.

“An exciting new team format has also been introduced to promote elite disability sport on the world stage and will give the opportunity for the GB team to demonstrate their sporting abilities and take on the best of the rest of the world as we increasingly look forward to the prospect of a home Paralympic Games in 2012. I know that Manchester will again do a fantastic job to stage what has proven to be a crucial event for leading Paralympic athletes.”

British Football 7-a-side team captain Jordan Raynes said: “I’m very excited that Football 7-a-side has been included in the BT Paralympic World Cup. I live and play in Manchester, where we have a strong following for our county disability league and to now have international competition in my home city means so much to me. To have an elite event outside of the Paralympic Games with other leading Football nations will be imperative to the team’s progression as we look forward to the 2012 Paralympic Games and look to build on our seventh place finish in Beijing in 2008.”

The BT Paralympic World Cup is the largest annual international multi-sport competition in elite sport for persons with a disability. Over 400 athletes from 31 different countries are expected to participate at two world class venues, the Manchester Regional Arena and Manchester Aquatics Centre.

Peter Mearns, Executive Director of Marketing and Communications at the NWDA said: “The BT Paralympic World Cup makes a significant contribution of more than £1million to the regional economy every year and in 2010 the competition will be bigger and better than ever before. As a region with a passion for Football it is excellent to see that Football is a new inclusion this year and I hope that even more visitors will be encouraged to come.”

The BBC, the official televised partner to the event, will again broadcast highlights and live coverage from the Manchester Aquatics Centre on Monday 31 May 2010 on BBC Television.

BT’s four year sponsorship runs up to and includes the 2012 BT Paralympic World Cup. BT’s rights include extensive branding at all events, tickets and other additional marketing rights. UK Sport has this year withdrawn funding for the event after a review of their investment for major events, which now sits with individual sports rather than multi sport competitions.

Tickets for the BT Paralympic World Cup will be available from March 2010. For more information, please visit www.btparalympicworldcup.com.

The event schedule will see Athletics on 25 May, Football 7-a-side on 26-29 May and Wheelchair Basketball on 27-30 May, all at the Manchester Regional Arena and Swimming at the Manchester Aquatics Centre on 30-31 May.