Beat writer Richard McTiernan answers some key questions heading into the event, which will serve as a qualifier for Rio 2016. 13 Jun 2015
Imagen 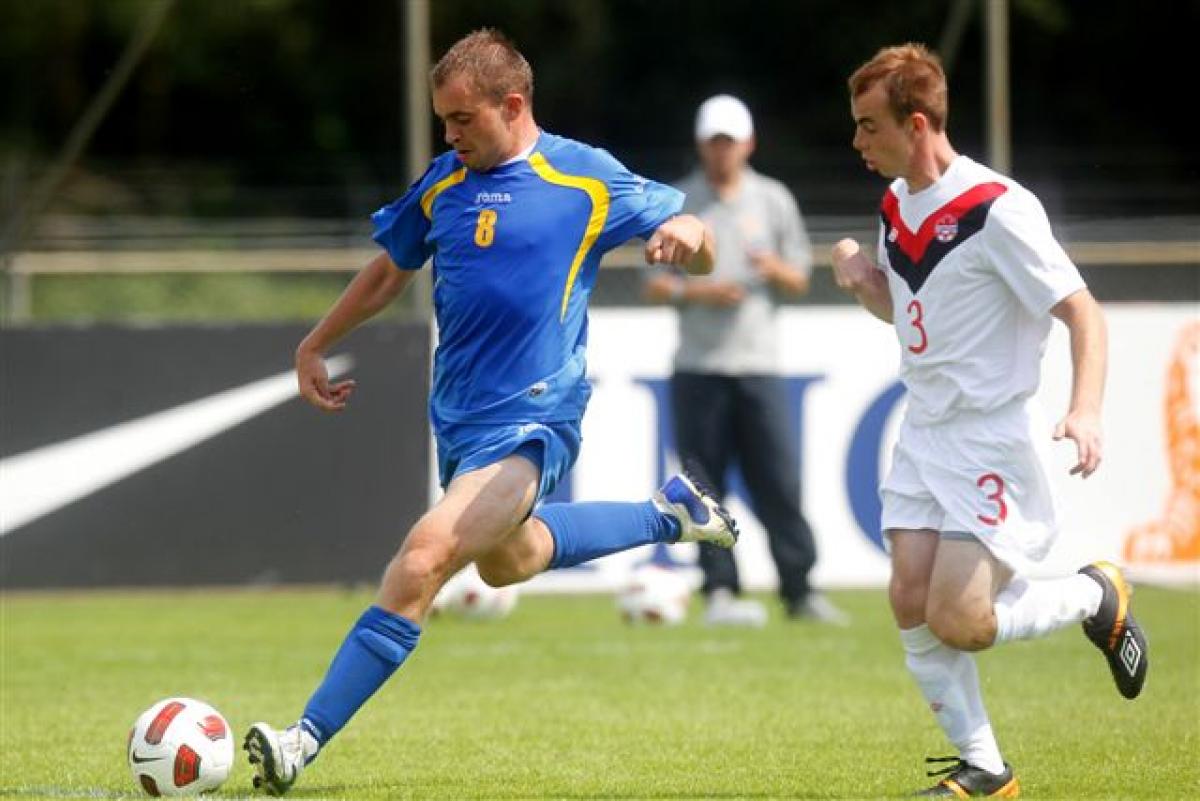 ⒸCPISRA
By Richard McTiernan | For the IPC

Kick-off for the Cerebral Palsy International Sports and Recreation Association (CPISRA) Football 7-a-side World Championships 2015 begins on Tuesday (16 June). Here are seven questions to consider as 16 teams from around the world take the field in Burton-upon-Trent, Great Britain, for the 12-day competition.

Russia look the team to beat, especially considering how they cruised through the 2011 World Championships by at least two to three-goal margins (sometimes more), en route to the win. They proved that was no fluke, defeating Ukraine for gold in the London 2012 Paralympics.

But much has changed since, and it looks like Ukraine will contend for the World title. They showed that by beating Russia in the semi-finals of the 2014 European Championships, then going on to defeat the Netherlands, and lifting the trophy. But the Netherlands also look dangerous, holding Ukraine to a draw in a recent warm-up event in Portugal.

Great Britain has been making silent progress; they finished 10th in the 2011 World Championships, seventh in London 2012 and fifth in the 2014 European Championships. The British are led by head coach Keith Webb and captain Jack Rutter. A World title seems far-fetched, but a top-four finish is a possibility.

3. Can any of the neighbouring countries reach the top eight?

Although not strictly at home, all three teams (Scotland, Northern Ireland, Republic of Ireland) will have strong support from friends and family, and will hope to book a spot in the knockout stages. Among the three, the Republic of Ireland appear to have the best chance of making the last eight. Although they are in the same group as Russia, the Republic of Ireland will be confident when facing Australia and Portugal, two teams they beat during the 2014 European Championships.

4. What to watch for in each group?

Group A looks full of great games, with host Great Britain and European Champion Ukraine. In group B, a rematch of the 2014 European Championship quarter-final between Portugal and the Republic of Ireland could decide who advances alongside Russia. In group C, USA and Scotland face off on 19 June, and that match will likely decide who will follow Brazil. In group D, the Netherlands and Argentina battle in a repeat of the London 2012 bronze medal match.

5. Who are the players to watch?

Brazil’s Francisco Brita Da Costa is arguably the best player in the competition, as defences will keep a close eye on him. Dutch striker Iljas Visker is another dangerous threat on the offensive end. Ukraine’s Symashko Konstyantyn was voted player of the tournament in a recent warm-up event, leading up to the World Championships. In the same tournament, Argentina’s Matias Bassi was voted most valuable player as well.

6. Where can you find more information?