The three-time Roland Garros champion is lending his support for the Paralympic Movement in Brazil. 13 Oct 2015
Imagen 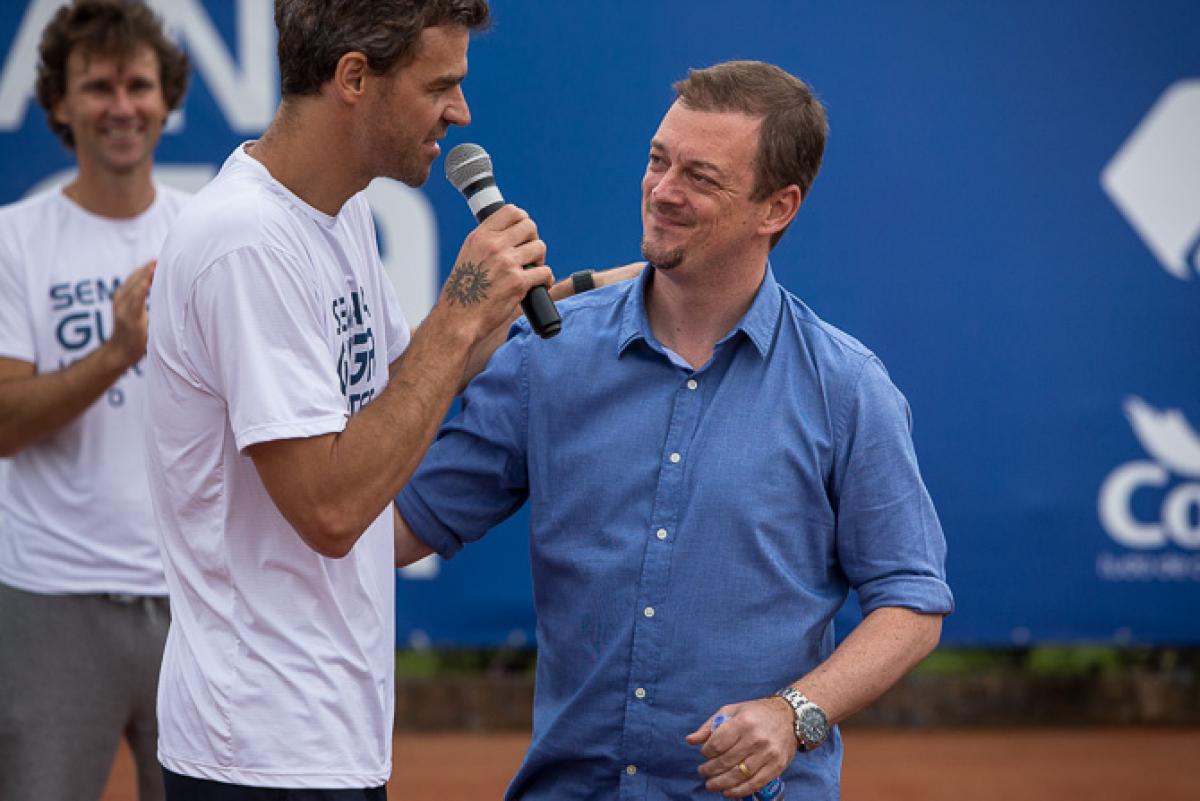 The Brazilian Paralympic Committee (CPB) presented former tennis player Gustavo Kuerten as the latest ambassador of the Brazilian Paralympic Movement on Sunday (11 October) in Florianopolis, Southern Brazil. The three-time Roland Garros champion and former world No. 1 was officially presented as CPB ambassador during the prize ceremony of the Professional Wheelchair Tennis Championship, which is part of the Guga Kuerten Week and the biggest wheelchair tennis tournament in Latin America.

"As patron of the most important wheelchair tennis Championship in Latin America, Gustavo Kuerten shows the support he gives to the Movement,” Andrew Parsons, CPB President, said. “He also has a family history of supporting disability awareness. When we planned our ambassadors programme, Gustavo’s name was one of the first to come to our mind as he represents a Brazil that wins, just like our Paralympic athletes.”

Guga, as Kuerten is called in Brazil, took the opportunity to experience wheelchair tennis by sitting on a wheelchair and exchanging balls with tennis player Ymanitu Silva, who won the quad category.

"CPB support is essential for para-sports to grow even more,” Kuerten said. “The wheelchair tennis players are the precious examples of courage, discipline and joy that we want to see here. Guga Kuerten Week does not exist without the wheelchair tournament and now, as an ambassador, I want it to grow even more.”

Brazil’s Natalia Mayara – the Toronto 2015 Parapan American Games singles and doubles gold medallist – clinched her third title in the Guga Kuerten Week after beating Great Britain’s Louise Hunt (3-6, 6-2, 6-4). The two met again two hours later in the doubles final and then it was Hunt who left as the winner alongside Chilean Macarena Cabrillana, beating the Brazilian duo Natalia Mayara and Rejane Candida (6-4, 6-1).