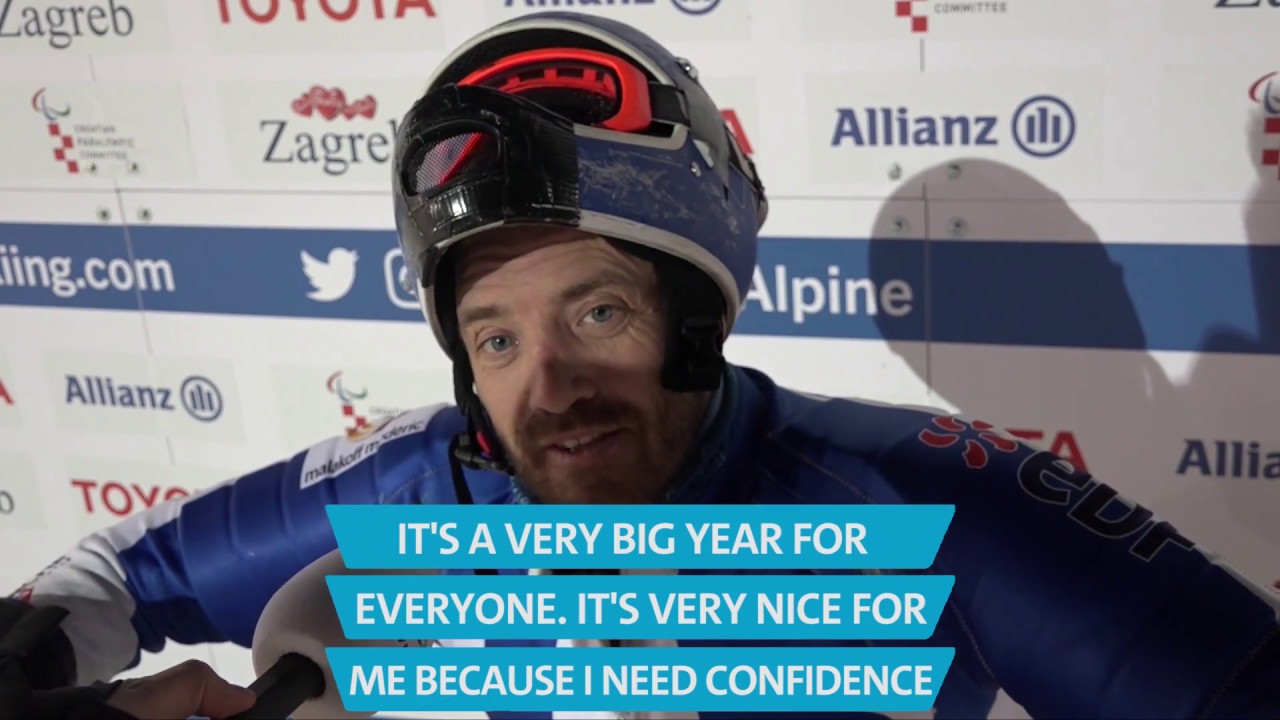 Frederic Francois achieved the first World Para Alpine Skiing World Cup victory of his career as competition concluded in Zagreb, Croatia, on 9 January, with slalom races across all men’s and women’s categories.

The 40-year-old sit skier (1:51.95) was in fourth position in the overall standings after clocking 56.63 in the first run but pulled it out of the bag in a dramatic second run, ending as the fastest with a time of 55.32 to jump three places and reach the top of the podium.

There was a French 1-2 as Yohann Taberlet (1:52.24) ended in second place ahead of Poland’s Igor Sikorski (1:53.89), who could not repeat his triumph from the first day and finished third.

France’s dominance of day two continued in the women’s standing, as four-time Paralympic champion Marie Bochet (1:59.90) won her second gold of the week. The victory extends her unbeaten run to six after sweeping all her races at the season’s first two World Cups.

Another skier who performed a clean sweep in Zagreb was two-time Paralympic champion Claudia Loesch as she stormed to gold in the women’s sitting with a time of 2:06.00. It was the Austrian’s fourth World Cup win of the season. Switzerland’s Stephani Victor (2:44.74) grabbed silver.

Neutral athlete Aleksei Bugaev (1:46.56) also won both races in Zagreb in the men’s standing, this time with a 3.53s difference from France’s two-time Tarvisio 2017 world champion Arthur Bauchet (1:50.09). It was the fourth World Cup win of the season for Bugaev.

There was a shock in the women’s visually impaired as Slovakia’s Henrieta Farkasova missed out on the podium after failing to complete her first run. Australia’s Melissa Perrine (2:01.64) took gold, adding to her win at the Kuhtai World Cup. South Korea’s Jae Rim Yang (2:05.25) sealed silver.

None of the category’s big names such as Italy’s Giacomo Bertagnolli and Slovakia’s Jakub Krako reached the podium in the men’s equivalent.

Instead it was neutral athlete Ivan Frantsev (1:57.95) who claimed his first World Cup win of the season ahead of Austria’s Gernot Morgenfurt (2:00.01) and South Korean skier Mingyu Hwang (2:09.66).

There is not long for skiers to recover before the next World Cup of the season. Kranjska Gora in Slovenia is the next stop, with competition getting underway on Thursday (11 January).