The competition takes place between 28 August and 6 September. 13 Mar 2015
Imagen 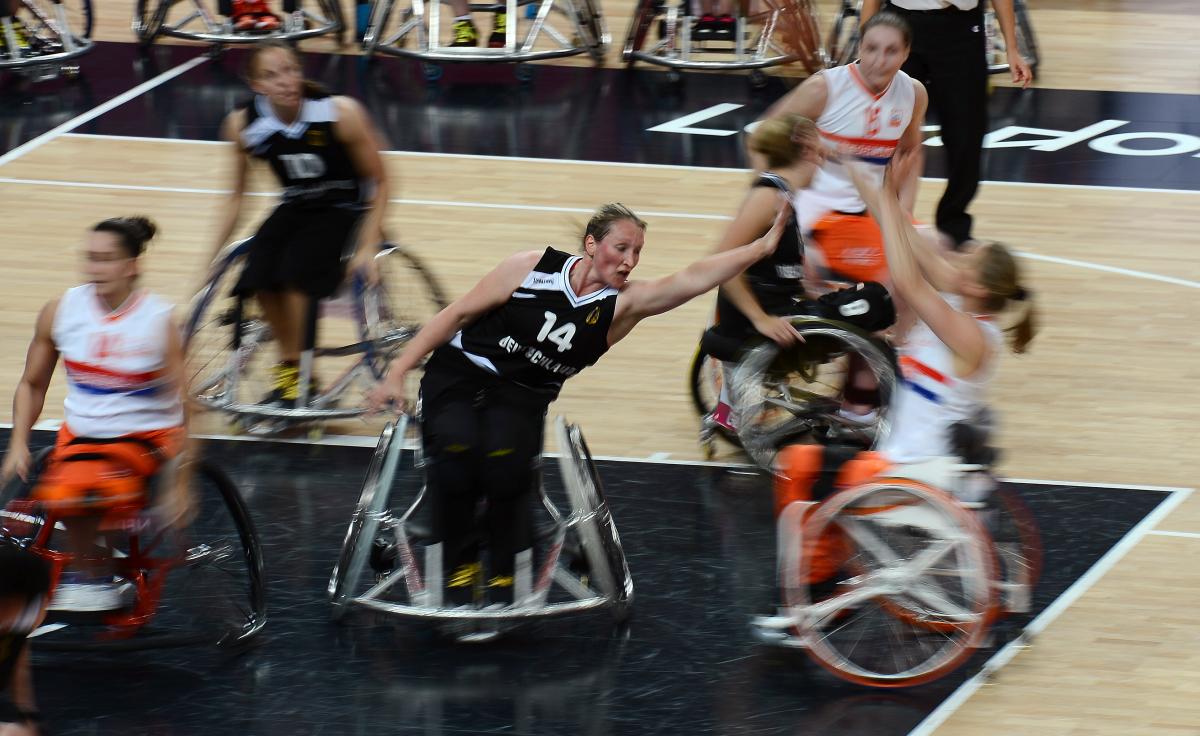 With the countdown well and truly underway until the 2015 European Championships, the International Wheelchair Basketball Federation (IWBF) has announced the schedule for the opening stages of the event which will be held later this year at the University of Worcester, Great Britain.

The Wheelchair Basketball European Championships, the official qualifier event for the Rio 2016 Paralympic Games, will see the continent's leading wheelchair basketball nations battle it out for their places in Brazil over 10 days between 28 August - 6 September. From the event, just five men's teams and four women's teams will qualify.

Seven nations competing within the Women's Championship include team Great Britain which will begin its campaign in a round-robin that encompasses all of the other teams: France, Germany, Italy, Netherlands, Spain and Turkey. And the 12 nations in the men's Championship are drawn into two pools of six teams. Pool A includes Great Britain, Poland, Spain, Czech Republic, France and Germany, whilst Pool B holds the Netherlands, Turkey, Israel, Switzerland, Sweden and Italy. The European Wheelchair Basketball Championships forms part of UK Sport’s National Lottery funded major events programme, which targets championships that will support the nation’s athletes in their preparation and qualification for the Rio 2016 Olympic and Paralympic Games.

Jan Berteling, President of IWBF Europe, said: “It is with great pleasure and anticipation that we announce the schedule for the men's and women's European Wheelchair Basketball Championships taking place in Worcester, Great Britain, this summer.

“The release of the schedule is always a great milestone in the run-up to the event as each team can begin to focus its preparation knowing which teams it will play, and when. This year's championship promises to be an action-packed event and very competitive as the teams battle it out to take a spot in Rio. There are some great games lined up and I am already looking forward to being in Worcester and watching the competition.”

Martin Morton, Chairman of the Organising Committee for European Wheelchair Basketball Championships, also commented: “On behalf of British Wheelchair Basketball and our key stakeholders, I am delighted to confirm the schedule of games for this year's European Championships for men and women. Part of UK Sport's Gold Event Series the event offers the opportunity for five men's teams and four women's teams to qualify for the Rio 2016 Paralympic Games. Importantly it provides a home stage for both our teams, an advantage that will hopefully push our stars on their way to Paralympic success in Brazil.

“I am pleased to say that preparations to stage the event in the beautiful, picturesque and historic City of Worcester are well under way. The University of Worcester will provide athletes and support teams with the perfect stage - I look forward to welcoming our friends from around Europe in the summer - please keep a look at out at euro2015.uk for details of tickets which will go on general sale on Friday 10 April.”