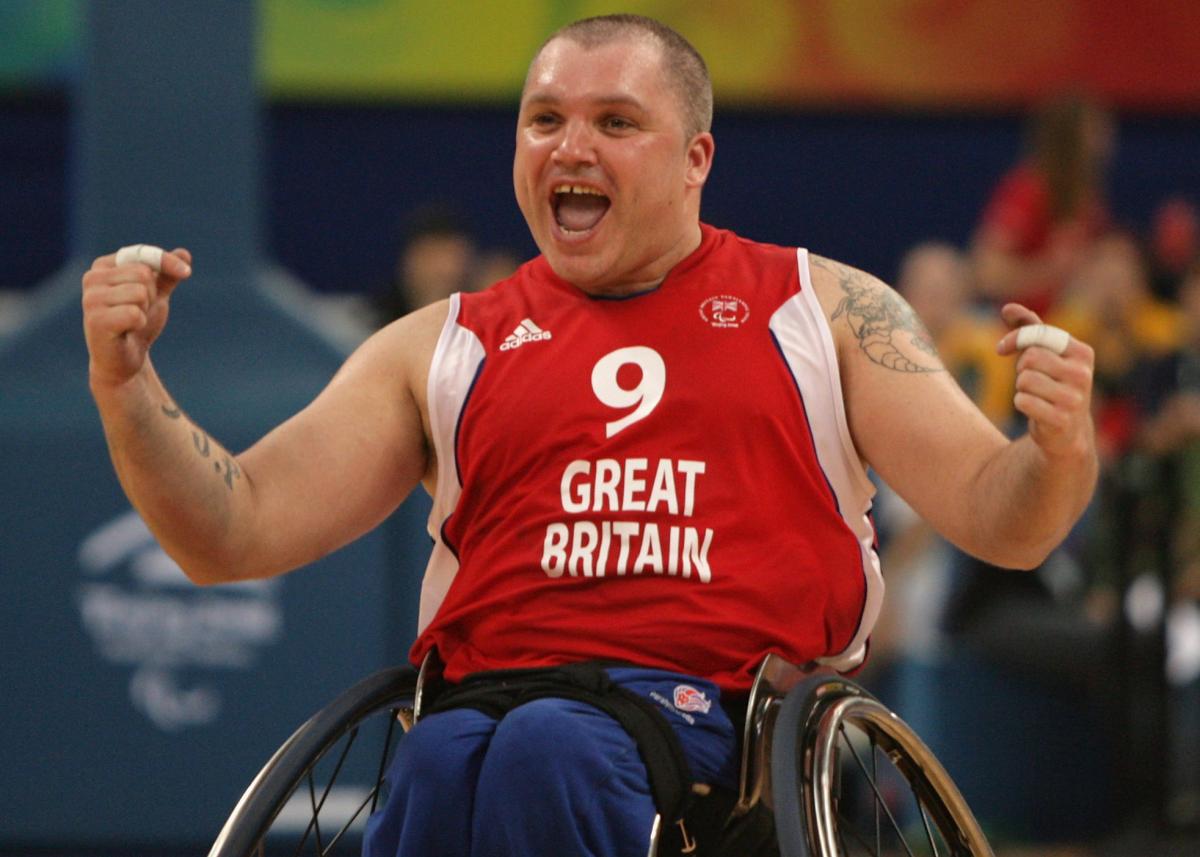 Jon Pollock celebrates after a victory at the Beijing 2008 Paralympic Games.

Great Britain men’s wheelchair basketball player, Jon Pollock, has announced his retirement from the game. Pollock, who was part of the team that finished fourth at London 2012, has decided to retire after a series of long term injuries.

London was Jon’s fourth Paralympic Games and it capped an illustrious career spanning 20 years in which he won two Paralympic Games bronze medals in Beijing 2008 and Athens 2004, a World’s Silver Medal and numerous bronze and silver European Championships medals.

Wheelchair basketball has given Jon the chance to travel and live all over the world playing for professional clubs in Italy, Spain and Australia. Off the court Jon has been an ambassador for RGK wheelchairs, Samsung and Visa.

British Wheelchair Basketball’s Chairman, Malcolm Tarkenter, said “Jon has been a loyal servant to wheelchair basketball and GB. He will be missed in the GB setup, but we would like to wish him the best with his future endeavours, whether it be still within the sport and coaching or any other career path he may choose.”

Commenting on his retirement, Jon, said “I have had a great career not just as a player but also a GB Bulldog. I started playing this game after seeing it during the 1992 Barcelona Paralympic Games and made my senior debut at the 1997 Europeans’ in Madrid where we won silver, I can leave this game knowing that during my time, GB has never been out of the top 5 in the world and I take a huge amount of pride saying that.

“I have made some amazing friends nationally and internationally in this great sport and the memories will live with me forever. Now is the time to finish whilst I am still at the top of my game. I have been blessed to play amongst the best with GB with the likes of Dan Johnson, Simon Munn, Colin Price, Abdi Jama and also my friends from overseas, Antonio Henares, Philipe Baye, Van der Linden, Koen Jansens, Troy Sachs and Paul Schulte...the list goes on.

“I would like to thank British Wheelchair Basketball for the support and chances they have given me in my 20 years of playing the sport, as well as every GB team mate past and present that has either helped me or been there for me with blood, sweat and tears over the journey I have taken over the last 20 years.”

British Wheelchair Basketball’s Chief Executive, Charlie Bethel, said “Jon is now looking at an involvement in coaching and we wish him every success for the future and hope that he becomes as prolific a coach as he was a player.”