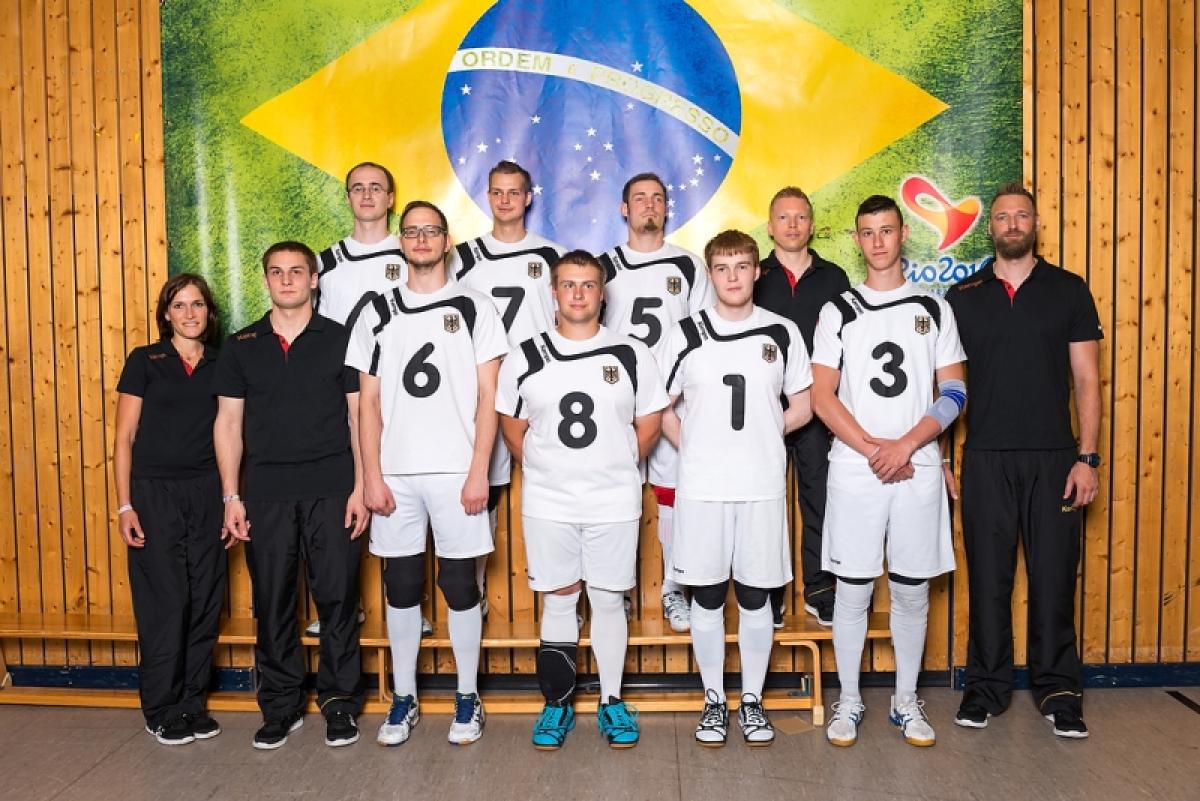 Germany men’s goalball team qualified for Rio 2016, their first Paralympic appearance since Athens 2004, after many ups and downs.

“I was so happy when I received the news that we had qualified,” said goalball player Michael Feistle.

After finishing last at the 2009 IBSA Goalball European Championships in Munich, Germany, the team was devastated.

The last place equalled to descending into the B-pool, but the Germans did not give up. In 2011, they got promoted to the A-pool again, but still failed to qualify for London 2012.

“We made a big change in our team after that. In the following months, we were struggling with injuries and people dropping out of the team. No one was even daring to think of going to Rio,” Feistle said.

A few players though remained on the team and new talents were recruited after this tough period. “This was what brought us luck in the end,” he said.

“We risked everything and won the game 5-4. That was incredible,” said national coach Johannes Gunther.

“This was the turning point.”

With this win, Germany qualified for the 2014 IBSA Goalball World Championships in Espoo, Finland, and for the 2015 World Games in Seoul, South Korea.

After dramatic matches, the team ended fifth, which meant they missed the direct qualification for Rio 2016. But one door was still open.

If China sealed the Asian Championships title, one spot would open for Germany.

In November 2015, coach Gunther finally received a message from an Iranian referee saying that China just won the title.

“That was such an emotional moment. Luckily it turned out very well,” said Gunther.

With only a month till the start of Rio 2016, the players are training intensively.

“We have a Brazil banner in our training hall. It is a motivation for our boys so that they know why we work so hard and long now,” he said.

Feistle added: “The less days to go to the Games, the more excited and curious I get. Just by thinking of the Opening Ceremony at the Maracana stadium, where Mario Gotze scored the winning goal at the 2014 FIFA World Championships, I get really excited.”