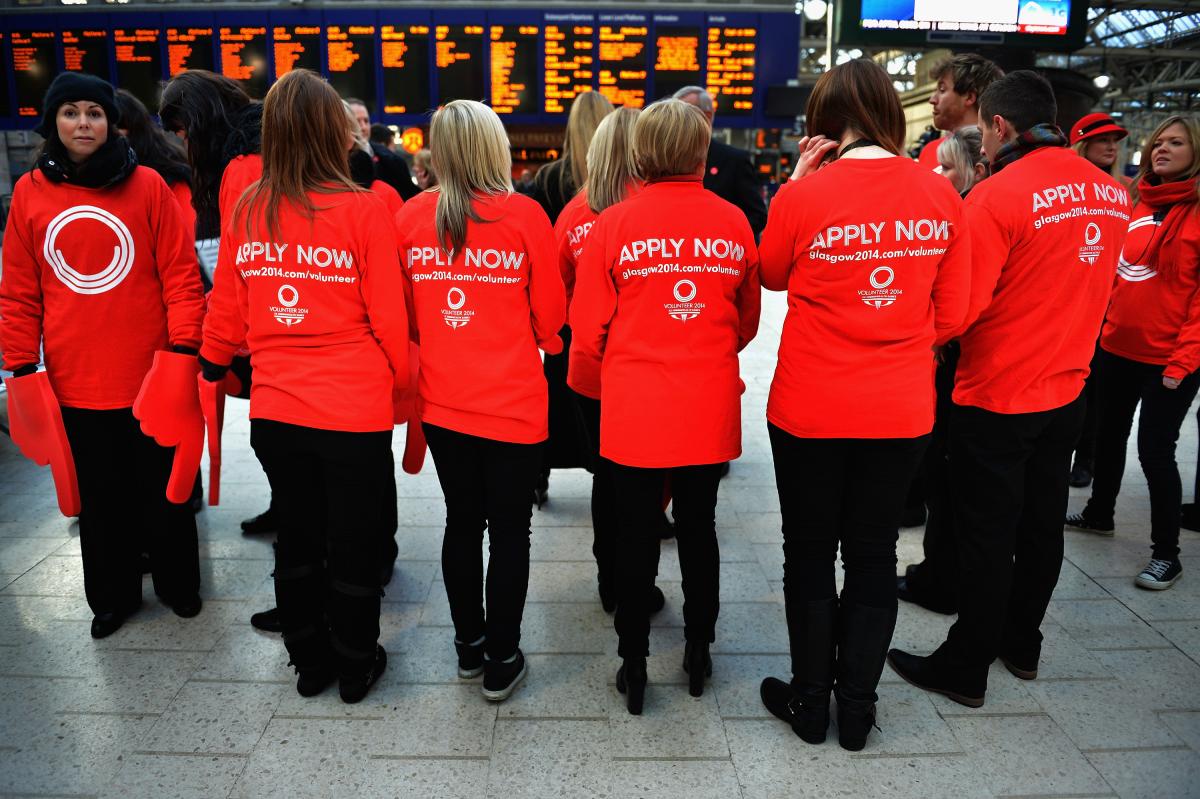 The organising committee of the Glasgow 2014 Commonwealth Games is now looking for 15,000 volunteers for the event.

“Being a Glasgow 2014 volunteer really is the opportunity to have the time of your life and be part of something very special for Glasgow and Scotland.”

The organising committee of the Glasgow 2014 Commonwealth Games opened its search on Monday (14 January) to find 15,000 volunteers for the event.

To celebrate the launch of the Glasgow 2014 volunteer application programme, the city’s Central Station took on a sports carnival atmosphere with Olympic boxing gold medallist and winner of BBC TV’s Superstars Anthony Joshua, and Scotland’s Olympic and Commonwealth badminton star Susan Egelstaff, joining members of the Games Maker Choir to lend their voices to the drive to recruit up to 15,000 of the friendliest people for the Games.

Prospective volunteers have from now until 28 February to apply for a Games role, which will not only see them be part of history – Glasgow 2014’s volunteers will be the biggest peace-time deployment of volunteers for a common cause Scotland has ever seen – but will also give them the experience of a lifetime.

There will be 22 sports for people with an impairment contested at the Games in 2014, including both athletics and swimming.

No previous Games experience is necessary for prospective volunteers. Glasgow 2014 is simply looking for helpful and friendly people who will be 16 years of age by close of applications on 28 February are eligible to work in the UK and available for at least eight days during the Games, which take place from 23 July – 3 August 2014. Volunteers will also have to be available for up to six days ahead of the Games for interviews in Glasgow, training and uniform collection.

As well as general Games roles, Glasgow 2014 requires volunteers with a range of specialist skills including medical staff, drivers and people with specific sports expertise.

Applications are being received from this morning online and help is available in person at the Volunteer Centre in Glasgow, by phone at the Glasgow 2014 Contact Centre and staff at every library in Scotland are also geared up to assist with the application process.

“Being a Glasgow 2014 volunteer really is the opportunity to have the time of your life and be part of something very special for Glasgow and Scotland.”

“Our volunteers will be crucial to the success of the Games. They will be our front-line charm force, promoting Glasgow and Scotland to the world and creating a fantastic experience not just for the million spectators who will be here in person but also the billion-plus people around the world who will watch the Games on television. Glasgow 2014 is a global show-reel for the city and for Scotland and our volunteers have a starring role to play.

“I would encourage everyone – regardless of age or life experience – to think about being part of creating a Games success story for Glasgow and Scotland and apply now as a Glasgow 2014 volunteer.”

The staff from the Glasgow 2014 Commonwealth Games helping with the opening of volunteer applications.