Five teams will take part in the competition at the Handball Arena in London's Olympic Park. 02 Dec 2011
Imagen 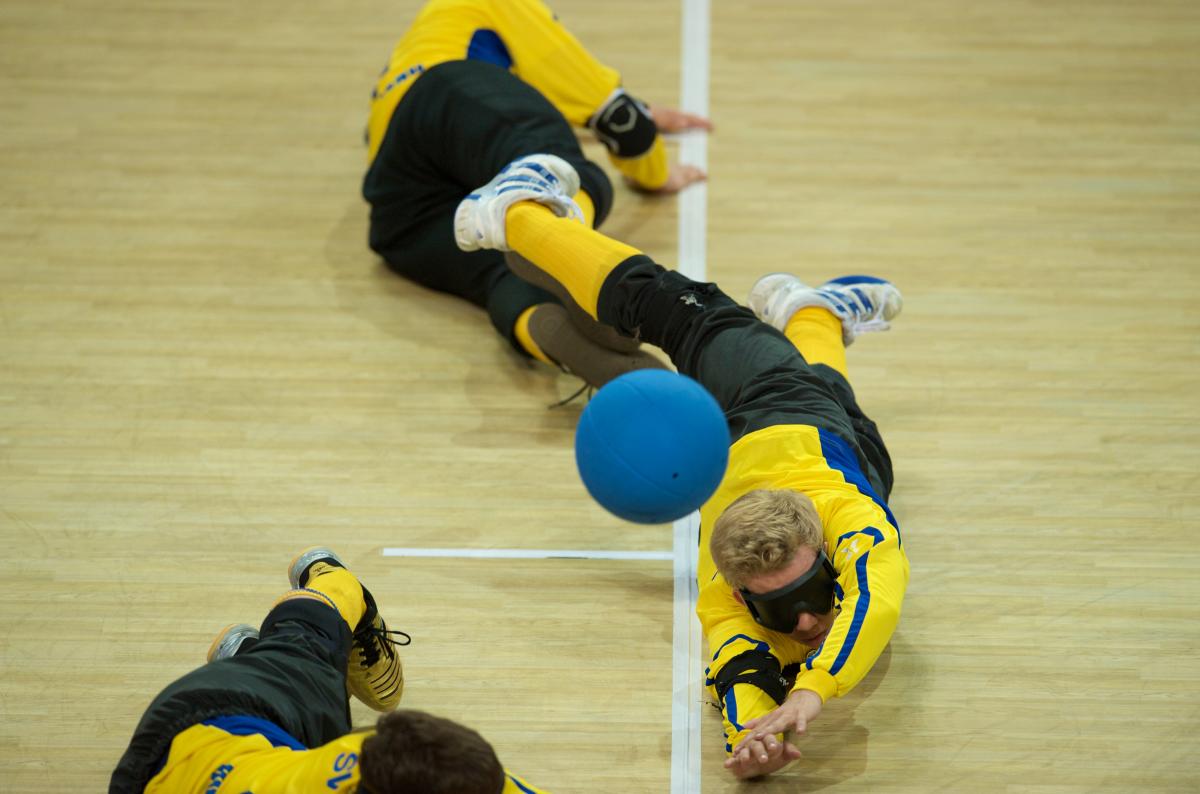 The men's goalball team from Sweden have competed at the Beijing 2008 and London 2012 Paralympic Games. They are now looking to qualify for Rio 2016.

Five top teams will take part in the first London 2012 Paralympic test event, when the London International Goalball Tournament is held this weekend (3-4 December) at the Handball Arena in London’s Olympic Park.

The event is part of LOCOG’s test programme in the lead-up to the Games that will examine the field of play, results, scoring and timing systems, and key operational procedures and functions across various sports.

The Handball Arena was the third venue in the Park to be completed, and it features 88 ceiling sun-pipes that feed natural light into the building and 7,000 multi-coloured seats with a retractable lower-tier.

Inside the Arena, five women’s squads will play three round-robin matches each, with the top four teams advancing to the medal round.

There will be stiff competition between the USA – reigning Paralympic champions – and China – runners-up at the Beijing 2008 Games.

China actually defeated the USA in the finals at the 2010 Goalball World Championships, so a potential matchup here could give fans a glimpse of the heated battle they can potentially expect at London 2012.

Sweden will also be one to watch, as it most recently won bronze at the World Championships, while Canada will look to regain its footing after winning gold at the Sydney 2000 and Athens 2004 Games and then missing out on the title in Beijing.

Host nation Great Britain rounds out the field with a very young squad.

Public tickets are not on sale for the tournament. Tickets for the event are only available to members of Goalball UK, local schools and colleges and local residents.