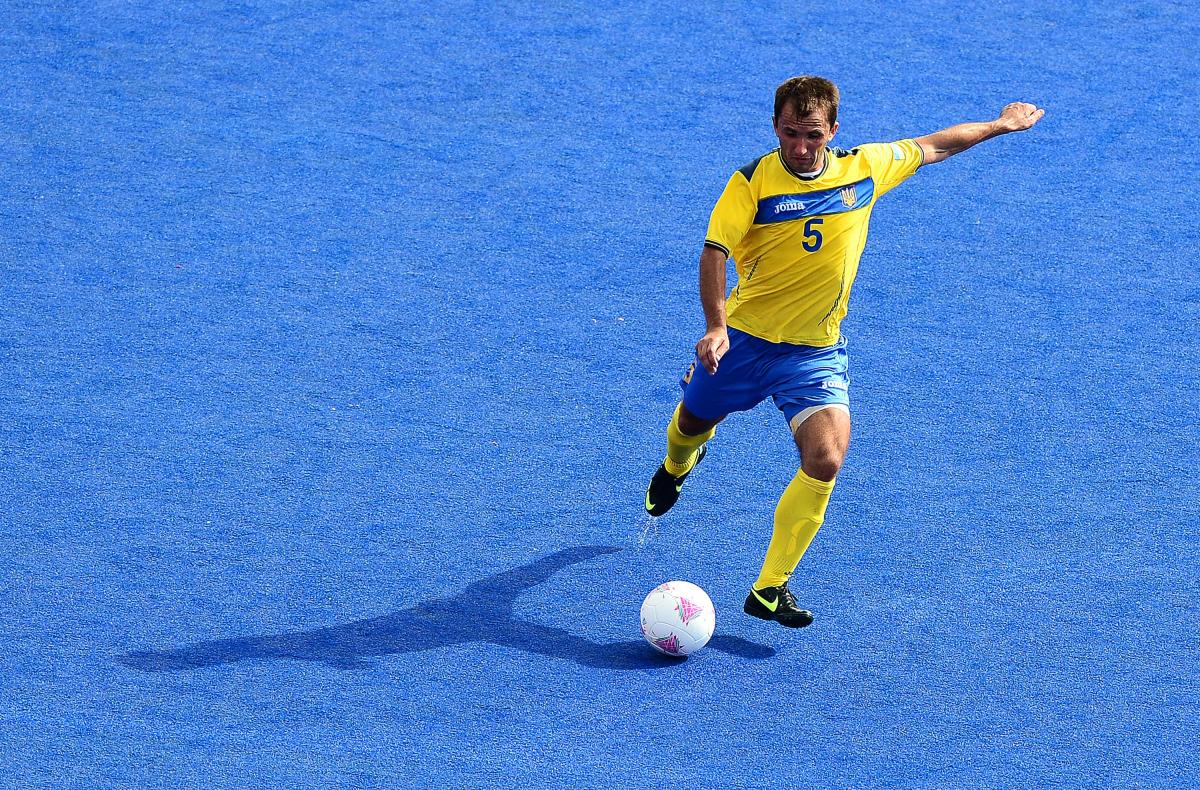 “We're very happy to be in the semi-finals. We're a very young team but we're here to fight for the gold medal.”

Russia, Ukraine, Brazil and Iran all made the semi final stages with comfortable victories in round two of football 7-a-side at the Riverbank Arena.

Ukraine booked their place in the next round with a 7-1 victory over hosts Great Britain.

The world number one side went 4-0 up in the first 15 minutes of the contest.

For the second successive game Ukraine scored in the first minute of play with captain Volodymr Antoniuk slotting a low shot into the bottom corner.

Anatolii Shevchyk scored the next two goals in as many minutes, poking in his own rebound off the post and then stroking the ball past goalkeeper Craig Connell once more.

Oleksandr Devlysh smashed the back of the net with a thunderous strike to make it four.

After the break, Ibz Diallo pulled one back for the hosts curling a shot into the top left hand corner.

Antoniuk and Devlysh spoilt the home crowd’s cheers as they hit back with two more goals.

Two minutes from full-time, Denys Ponomaryov completed the comprehensive result with a high shot into the top corner.

Earlier, Brazil qualified for the next stage of the tournament by knocking eight goals past the USA without any reply from the Americans.

Coach Paulo Rodrigues Da Cruz is satisfied with his team’s qualification regardless of the result against their next opponents Ukraine. He states that Brazil will battle their way to the gold medal game on 9 September.

“They're expert in attack, with good passing skills, it'll be a hard match but it's only to decide first and second place,” he said.

“We're very happy to be in the semi-finals. We're a very young team but we're here to fight for the gold medal.”

Russia made the final four with an 8-0 victory over a spirited Netherlands side.

Russia were put to the test early on as it took 23 minutes for the first goal to arrive.

Viacheslev Larionov found some space to shoot on the edge of the area to give Russia a 1-0 lead. Eduard Romanov added the second goal in the last minute before the break.

A few minutes into the second half, the lead was extended through a Netherlands own goal. Further scores from Romanov, Larionov, Ivan Potekhin and Lasha Murvanadze completed the comprehensive victory.

Meanwhile, Iran cruised to an 8-1 victory over Argentina with Farzad Mehri and Ehsan Gholamosseinpour scoring a double each in a dominant display.

They simply overwhelmed Argentina as they accelerated into a 6-0 lead at halftime.

A fantastic 25 yard strike from Ehsan Gholamosseinpour opened the scoring for the Iranians after two minutes. Mehri matched that effort by lifting the ball across goal and into the top corner to double the advantage.

It was plain sailing now for the Iranians as captain Morteza Heidari flicked in a sixth score just before halftime.

Argentina grabbed their first goal of the tournament in the later stages of the second half. Rodrigo Lugrin’s header was palmed away by the Iranian goalkeeper but Matias Romano Fernandez gathered the ball and pushed it over the goal line.

Mehri and Gholamosseinpour collected their second goals of the game to close out the contest.

The semi-final match ups will be decided in the final round of preliminary games. Ukraine will take on Brazil and Russia face Iran to see who claims the top spot in each group.