The Commonwealth Games in 2018 will feature 38 medal events across a record seven sports. 14 Mar 2016
Imagen 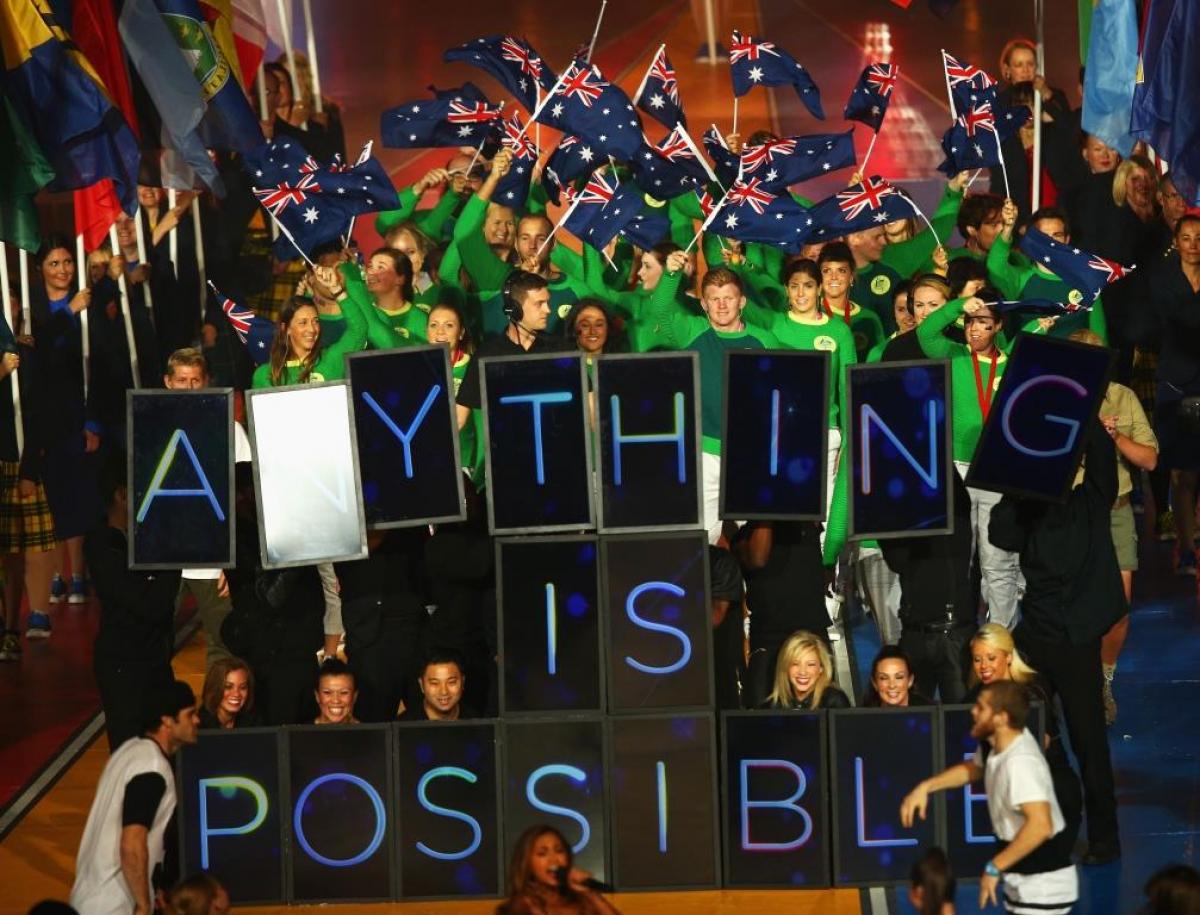 Performers on stage during Gold Coast 2018 flag handover during the Closing Ceremony for the Glasgow 2014 Commonwealth Games in Glasgow, United Kingdom.

Queensland Minister for the Commonwealth Games, the Honourable Stirling Hinchliffe, joined Australian para-athletes at an event in the Queensland capital city of Brisbane to announce details of the programme. Later on Monday, in London, para-athletes will attend the annual Commonwealth Day Service at Westminster Abbey and meet Her Majesty the Queen at a special reception at Marlborough House, home of the Commonwealth Secretariat.

“Gold Coast 2018 will host up to 300 para-athletes and 38 medal events across seven sports, representing an increase of 45 per cent more athletes and 73 per cent more medals compared to the record breaking para-sport competition staged at the Glasgow 2014 Commonwealth Games.

“I am also pleased to announce that there will be an equal number of men’s and women’s events across all seven para-sports – a further demonstration of the overarching CGF and GC2018 commitment to equality and inclusion,” Minister Hinchliffe said.

Welcoming the announcement, CGF President Louise Martin CBE said: “With the largest-ever number of para-sport events in Commonwealth sporting history, we are thrilled that Gold Coast 2018 will deliver an ambitious and welcome growth for the inclusive and integrated para-sport competition first presented at a Commonwealth Games in Manchester 2002.

“Today’s announcement to celebrate ‘An Inclusive Commonwealth’ ensures that the next edition of the Games will enable sports fans in Australia and across the world to support a record-breaking number of para-athletes at a Commonwealth Games”.

The GC2018 para-sport program has been developed by the CGF and GOLDOC in consultation with the International Paralympic Committee (IPC) and the Australian Commonwealth Games Association (ACGA) to showcase the best para-sport in the Commonwealth. The sports to be contested during the 4-5 April 2018 event are; athletics, swimming, lawn bowls, powerlifting, track cycling, table tennis and triathlon. The swimming and athletics program will double in size from previous Games.

GOLDOC Chairman Nigel Chamier AM said he was delighted to announce that para-triathlon would make its debut at GC2018, building on the great success of the triathlon competition in Glasgow 2014 and the sport’s increasing profile across the globe.

“Para-sport at GC2018 will also reach its widest ever audience as the first ever wheelchair marathon (T54) at a Commonwealth Games takes to the streets and communities of the Gold Coast as part of the free road events.”

Commenting on the announcement, renowned World, Paralympic and Commonwealth Games champion, Kurt Fearnley AM said: “I am so proud and can’t think of a more fitting way to celebrate Commonwealth Day and ‘An Inclusive Commonwealth’, than this exciting announcement today.”

Underpinning the new proposals, the sports program innovations in Transformation 2022, the CGF’s new strategic plan, ensures that member associations are supported and subsidised to enable them to send larger para-sport teams to GC2018 than any other Commonwealth Games.

Sir Philip Craven, President of the International Paralympic Committee, said: “It is fantastic news for all Commonwealth para-athletes that Gold Coast 2018 will stage the biggest para-sport programme to date at a Commonwealth Games. At Glasgow 2014 the para-sport events were extremely popular and I am sure the Australian crowds will turn-out in force to see some of the best athletes in the world line-up across seven sports.”