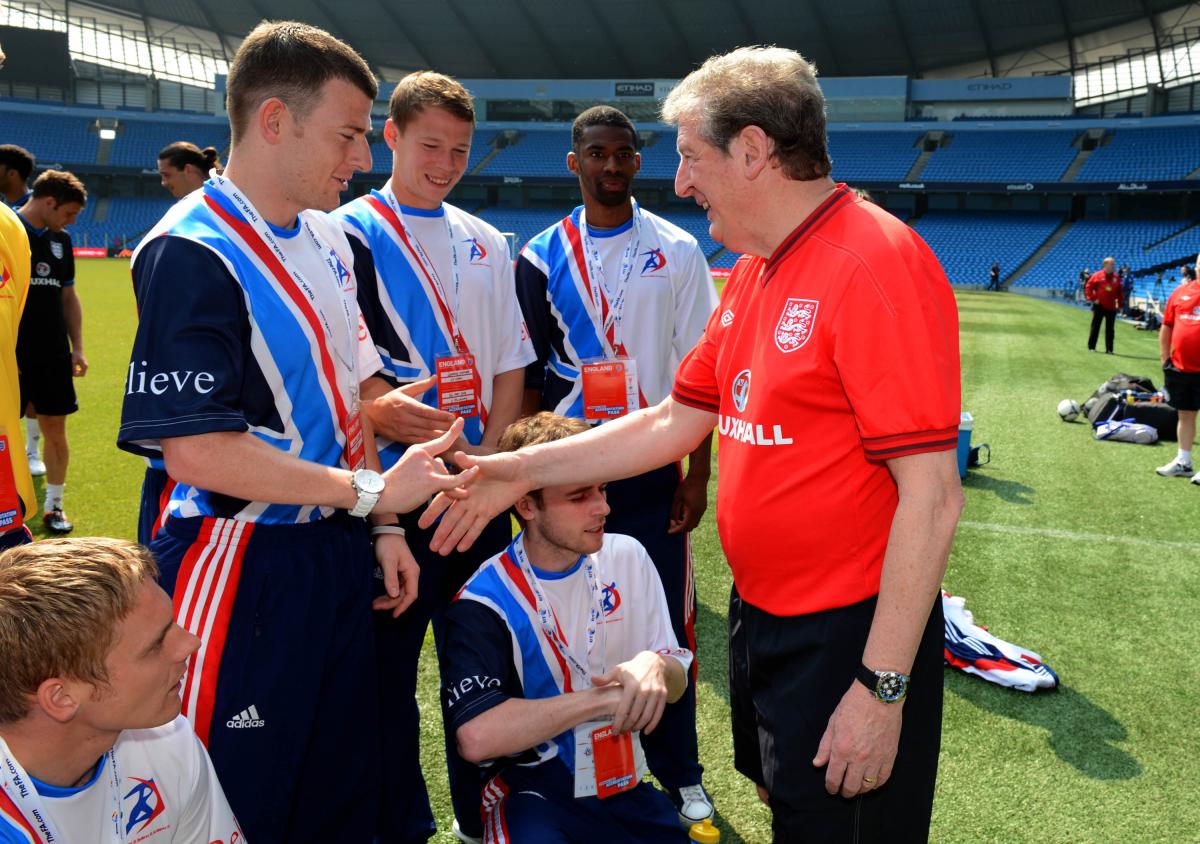 "Football is universal and that is proven by players like the set of lads who came to watch our session. In spite of the challenges they face they have made huge sacrifices to represent their country, and we are right behind them. We wish them every bit of luck both in the tournament this week and the Paralympics later in the year."

On day two of the Football 7-a-side competition at the BT Paralympic World Cup, the Great Britain team took time out from their tournament to visit the England team training across the road at the Etihad Stadium, watching the very first training session under new manager Roy Hodgson, with the teams then swapping stories on the pitch.

With 97 days to go until the London 2012 Paralympic Games begin, Hodgson invited the 7-a-side team to the training session where he said his men were inspired to meet the team – playing an adapted version of the game for athletes with cerebral palsy.

Hodgson said: “We were pleased that Jeff Davis and his squad were able to visit training, they've got an important set of matches in the BT Paralympic World Cup and we're keen to support them however we can.

"Football is universal and that is proven by players like the set of lads who came to watch our session. In spite of the challenges they face they have made huge sacrifices to represent their country, and we are right behind them. We wish them every bit of luck both in the tournament this week and the Paralympics later in the year."

Newly appointed England captain Steven Gerrard traded stories on the pitch with GB captain Matt Dimbylow and said he will be glued to the team’s performances in London this summer.

Gerrard said: “As England players we understand the profile we have and the interest there is in the team, particularly when a major tournament comes around, but at the end of the day we all just love playing football and that’s the same as the lads we met today.

“They are competing at a World Cup and any encouragement or support we can give them is our pleasure.”

Captain Dimbylow said the 7-a-side team had been buoyed by meeting the England team and he had enjoyed chatting captaincy tactics with Gerrard.

“Football really is the biggest sport in the UK and there is just so much passion within the football community. To have the chance to meet Steven and the rest of the England team ahead of European Championships and watch them play has been amazing today.

“We first played in the BT Paralympic World Cup two years ago, where we finished third and are aiming to be on top of the podium this week in what is a crucial tournament ahead of the Paralympic Games this summer and meeting the England team and having the opportunity to spend time with some of the most talented players in the world has been such a memorable experience.”

GB head coach Lyndon Lynch echoed his captain’s words, saying, “For our guys to meet the England team has really shown me how aligned the teams’ values are. The players all train so hard and are dedicated to playing the best football they possibly can for their country and I wish the England team every success in their upcoming Euro 2012 tournament and we will continue with our aspirations of emerging as one of the world’s leading teams at the Paralympic Games.”

The GB team went on to win 7-0 against the USA in the afternoon’s match at the BT Paralympic World Cup, with 17-year-old George Fletcher scoring a hat trick.

The BT Paralympic World Cup is the largest annual international multi-sport competition in elite disability sport. Over 200 athletes from 30 countries have been competing this week across Football 7-a-side, Wheelchair Basketball and Athletics.

There is still good availability for 7-a-side football at the London 2012 Paralympic Games which get underway on 29 August. To purchase tickets, please visit www.tickets.london2012.com 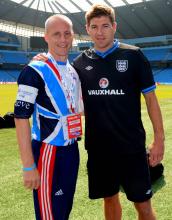