Great Britain and USA come up big on court 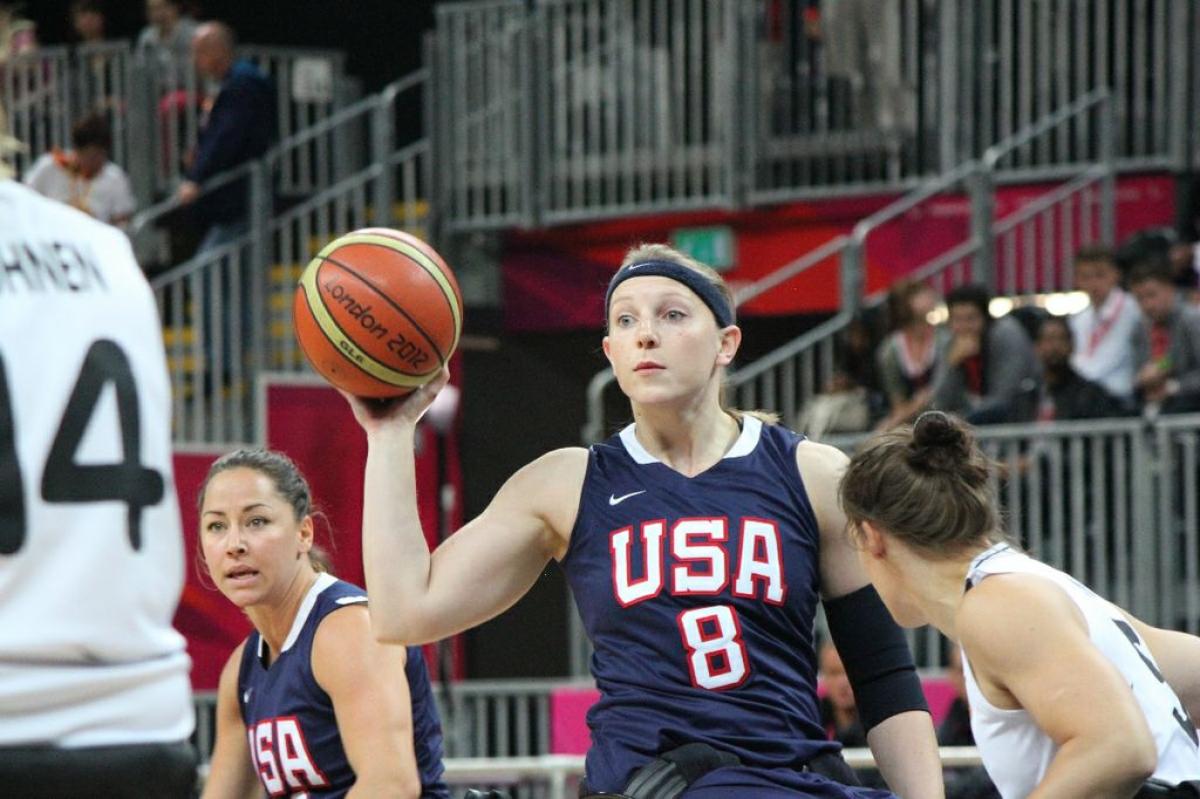 USA's Natalie Schneider in the thick of the women's wheelchair basketball action.

Great Britain achieved their first win of the competition with a strong performance against Colombia.

The Basketball Arena saw record crowds as the hosts played in the women's competition on the first weekend day of the games. As teams participated in the third games of the preliminary competition time is running out to achieve the top-four placing needed to progress to the quarter-finals.

Turkey 65, Italy 60: Italy are still chasing their first win after a close match. Turkey took an early lead, but Italy levelled the score early in the second half, remaining close until the final minutes.

USA 91, South Africa 29: USA put themselves at the top of group A with an emphatic win as the South African's poor shooting accuracy put them behind. South Africa now need to win all their remaining games to progress to the quarter-finals.

Japan 49, Germany 64: Japan lost their third game of the competition as Germany made more shooting opportunities and better use of their rebounds. The teams were within two points at halftime but Germany stretched their lead to 25 points by the end of the game.

Great Britain 81, Colombia 41: Great Britain achieved their first win of the competition with a strong performance against Colombia, lifted early on by Terry Bywater's accurate shooting. Colombia's next match will decide if they can still progress to the quarter-finals.

Australia 75, Spain 59: Australia pulled ahead from the start for this match between the two unbeaten teams in group A. Spain briefly reduced the gap in the 3rd quarter but Australia had stretched their lead to 16 by the close. Shaun Norris (25 points for Australia), Justin Eveson (17 points for Australia) and Asier Garcia Pereiro (23 points for Spain) were the big scorers.

Canada 83, Poland 64: Poland and Canada swapped the lead until the end of the first half finishing with Canada 4 points up. However, in the second half Canada pulled away finishing 18 points up for their third win and Poland's first defeat. Patrick Anderson contributed 34 to Canada's score.

USA 67, Mexico 33: USA, gold medallists at Athens 2004 and Beijing 2008, were dominant in this match taking maximum advantage of turn-over and second chance shots. Despite their loss Floralia Estrada Bernal made her presence felt for the Mexican team.

Great Britain 42, Brazil 37: In a closely matched game Brazil led by 4 points at the end of the third quarter, but strong defending by Great Britain and shot-making from Helen Freeman reversed the lead with Freeman adding a further point to Great Britain's tally from a free throw in the closing seconds.

Germany 76, France 32: Germany started strongly with captain Marina Mohnen leading the scoring against France who are yet to record a win in the competition. Germany ended the first half 13 points up. France then faded in the second half adding only 10 more points to their score.

Canada 57, Australia 50: Canada led this close match before Australia reduced the gap to 1 point by half-time. In the 2nd half they remained close before Canada stretched out a lead again in the 4th quarter.