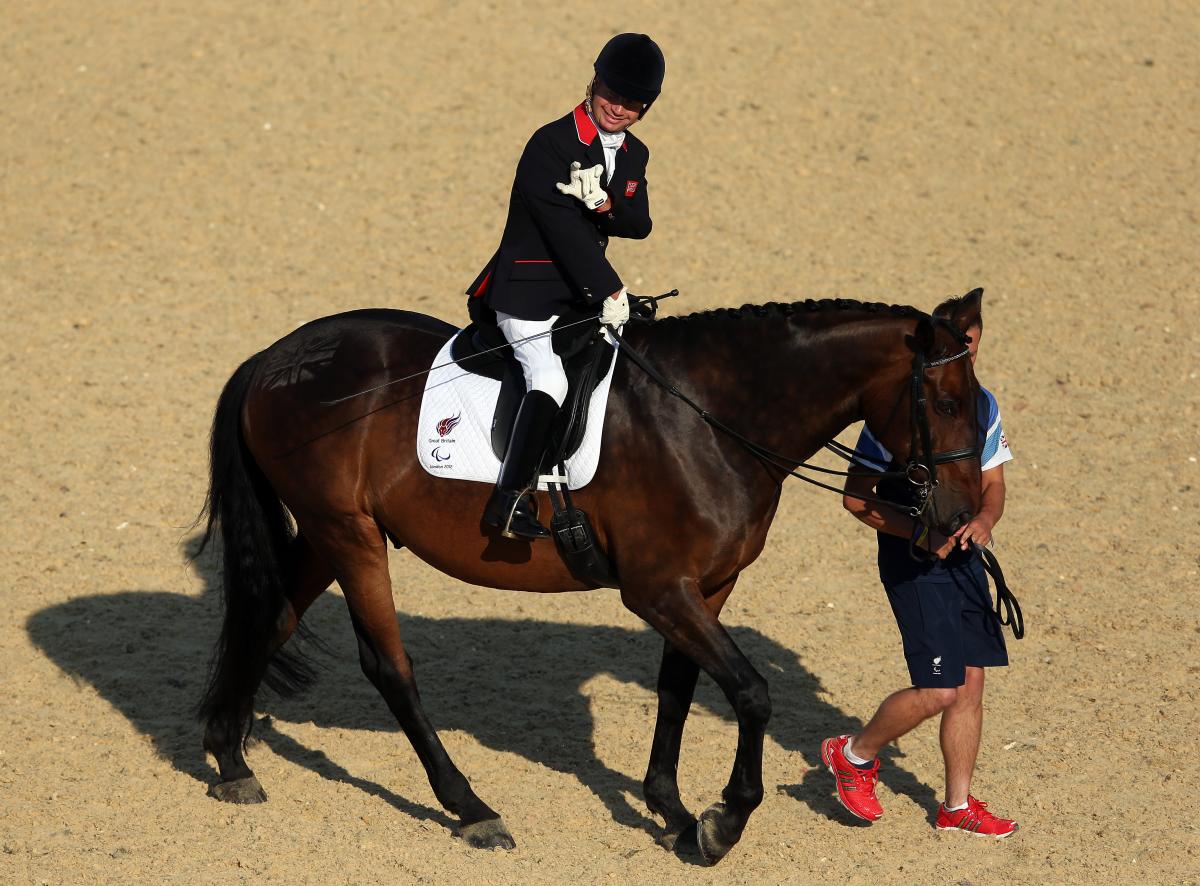 Four years of waiting for another individual gold medal to add to his already record-breaking tally came to an end for Great Britain’s Lee Pearson, who took the Grade Ib individual title at the Alltech FEI World Equestrian Games 2014 in Normandy, France, on Wednesday (27 August).

Pearson has won 32 Paralympic, world and European titles in his career so far, but his last individual gold came four years ago at the Alltech FEI World Equestrian Games 2010 in Kentucky.

Clearly moved by his victory, Pearson said: “I just love that horse. He gives me everything. He was still a bit aware of his surroundings within the arena, which is quite novel because normally he’s totally focussed on me, but he stayed really relaxed.

“It’s been a tough journey, what with London and not getting selected for the Europeans and a tough five years personally as well. It’s also been tough with this horse. A lot of people didn’t have faith in him, but I always have from day one.

“We’ve had our problems - he broke my back in four places - but I adore riding him. I ride him outdoors on my own and we’re just two naughty beans that have fun together. We make the perfect pair.”

After receiving her medal, Brenner said: “I am really happy. I didn’t know I had won till the end of the competition and I didn’t stay to watch as I don’t have the nerves for that, but I looked at the live score when Sanne was riding. I think it took a year off my life.”

Thursday (28 August) sees the final individual tests decided as Grades Ia, II and IV riders take to the arena. Crucially the team competition will also be decided with the top three teams earning the first places at the Rio 2016 Paralympic Games.

For more information on the Alltech World Equestrian Games 2014, visit the event website.