Skiers have been competing in giant slalom events in Kuhtai, Austria, as they prepare for the 2015 Worlds. 20 Dec 2014
Imagen 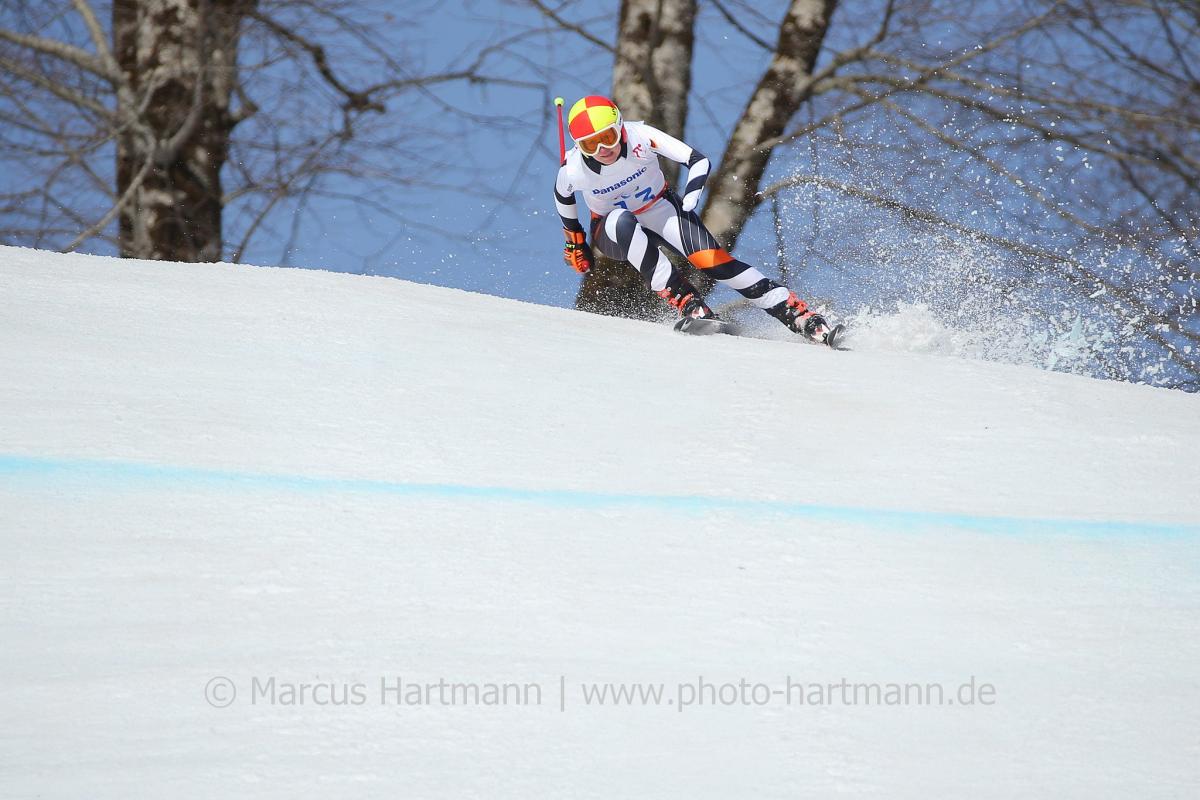 Andrea Rothfuss is one of the German favourites heading into the IPC Alpine Skiing World Championships.

Following on from their success in Friday’s (19 December) slalom event, Russia's Valerii Redkozubov and guide Evgeny Geroev (1:53.74) collected their second win in as many days with two fastest runs in the men’s visually impaired.

Their teammates Ivan Frantcev and guide, German Agranovskii (1:57.59), stood on the second step of the podium, ahead of Slovakian Sochi silver medallist Jakub Krako guided by Martin Motyka (1:58.44).

A further two Russians medalled in the women’s standing, but could not beat 25-year-old German Andrea Rothfuss, an owner of three World Championships medals in the discipline.

Whilst Loesch was triumphant in the slalom the previous day, it was Schaffelhuber who stopped the clock first to also beat teammate Anna Lena-Forster (2:19.72) in third.

Kreiter sat second after the first run, as Rabl and Suzuki finished in a tantaslising dead heat. But after a less-than-perfect last run for Kreiter knocked him out of medal contention, it was Rabl (1:59.82) who claimed the spoils just ahead of Suzuki (2:00.02) in third.

Races conclude with super-combined events on Sunday (21 December). Skiers then head off for a short break before returning on 8 January for the first 2014-15 IPC Alpine Skiing World Cup in La Molina, Spain.

The highlight of the season will be the IPC Alpine Skiing World Championships which will be staged in Panorama, Canada, between 28 February and 10 March.

Media accreditation for Panorama 2015 is available.

Full results from all competitions can be found at IPC Alpine Skiing's website.