Guglialmelli set to compete at his third Paralympics 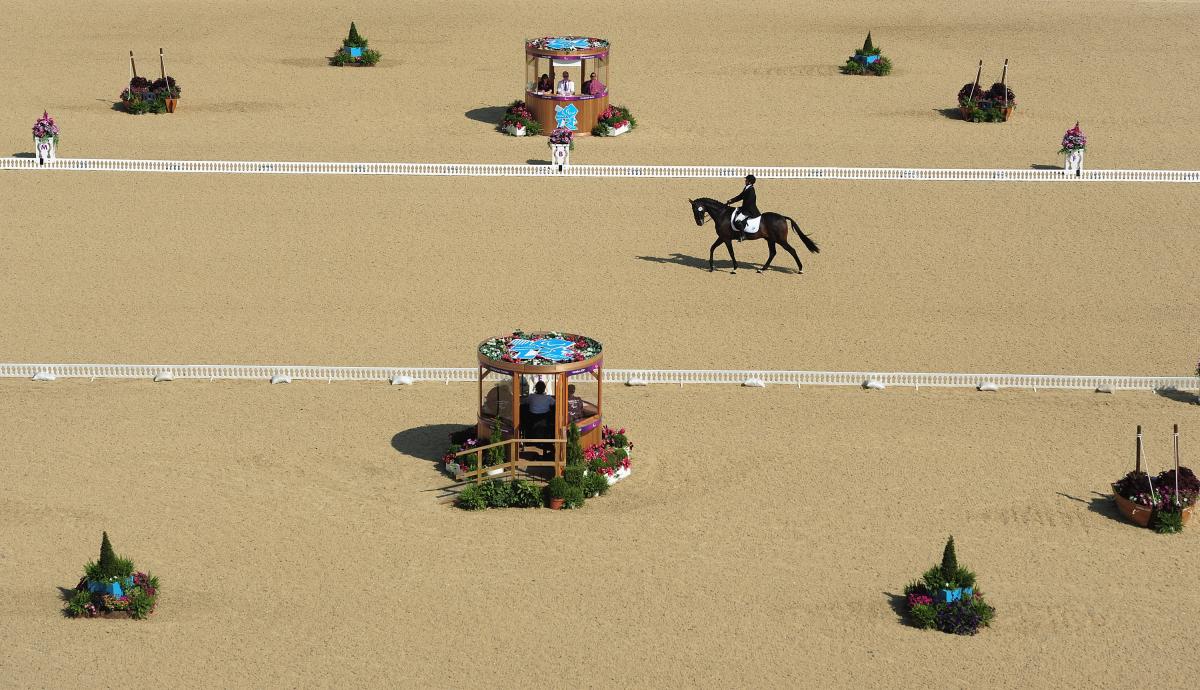 Patricio Guglialmelli feels he is better prepared than ever ahead of Rio 2016, where he hopes to bounce back after a “poor performance” at London 2012 and outdo his seventh place in the individual freestyle test grade III at Athens 2004, his best Paralympic performance so far.

Argentina’s 52-year-old, who finished 10th and 11th in his both events at the 2012 Paralympics, considers horse-rider chemistry is key for success, which is why he finds so important to have trained on Zizifo for some time before the Paralympics.

“I am very well prepared and will reach Rio 2016 in my best possible form, both mentally and physically,” he said.

“I have competed on Zizifo more than I had on my other horses before the Athens and London Paralympic Games, which is definitely an advantage. It is not easy when you compete against the world’s best on a horse which is not yours.

“I will represent both my country the best I can and hope to make all the ones that have helped me during this process proud.”

Guglialmelli also believes having the first Paralympic Games in Latin America, this September, will help boost Para sports in the continent and show that the region is capable of organising major multi-sport events.

“Rio 2016 will be very special for Latin Americans as we will open the doors of our continent to the whole world,” he said.

“People from across the world will get to know more about our region and our culture.”

His first Paralympic experience was in Athens, Greece, in 2004, and Guglialmelli recalls it as one of the best in his life.

“That is a really nice memory. I competed on a really good English mare and reach a much-celebrated seventh place,” he said.

Four years later, Guglialmelli hit a career low when, ten days before travelling to Beijing to compete at the 2008 Paralympics, he was told that his federation could not cover the cost of taking his horse to China.

“In 2012, I went to London and finished tenth. A pity considering I was feeling good and had already good experience,” he said.

“The ones in my category are all exceptional riders,” said Guglialmelli.

“But, after not having a good performance in London, I am working hard to reach the final in Rio.”