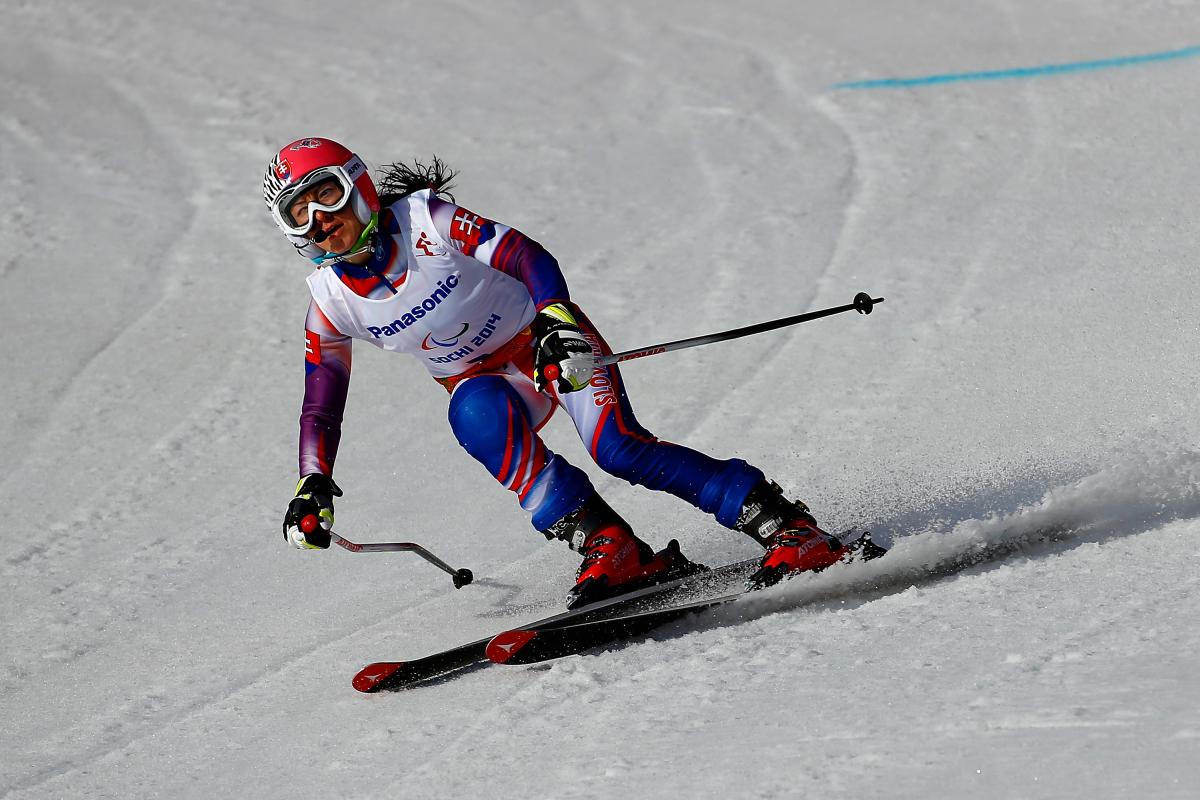 "I've got to do that four more times, oh God. I swear, it gets scarier the more you do it."

Slovakia’s Henrieta Farkasova and Austria’s Claudia Loesch will look to defend their Paralympic gold medals in the visually impaired and sitting super-G, respectively, at 10:00 (MSK) on Monday (10 March) as the women’s alpine skiers return to Rosa Khutor Alpine Centre after a day off.

Looking for five gold medals in the Sochi 2014 Winter Paralympics, Farkasova — who is guided by Natalia Subrtova — got off to a good start by winning the first alpine medal of these Paralympics in the visual impaired downhill on Saturday (8 March).

Besides winning gold in the super-G at the Vancouver 2010 Winter Paralympics, the 27-year-old won gold in giant slalom and super combined and a silver in downhill. But her luck took a nosedive last year when she broke her wrist and three ribs at the 2013 IPC Alpine Skiing World Championships in La Molina, Spain. She returned to win the giant slalom in her first World Cup race of the 2013-14 season in Tignes, France, on 30 January.

Jade Etherington of Great Britain, who turned 23 on Sunday (9 March), won silver in the downhill on Saturday and will also be on Farkasova’s heels in the super-G.

"I've got to do that four more times, oh God," Etherington said. "I swear, it gets scarier the more you do it."

Even though Loesch won the super-G in Vancouver and is the reigning world champion in the event, her confidence might be a bit scratchy after she failed to finish Saturday’s downhill. have to compete against Anna Schaffelhuber of Germany, who is looking to capitalise on the confidence she gained from winning the downhill.

Despite those formidable foes, Schaffelhuber, who finished third in the super-G four years ago in Vancouver, said she will not feel their breath on her neck.

"There is no pressure now that I have my gold,” she said. “Of course I want to win the other races and I want to do my best but we will just have to see how it goes."

Marie Bochet of France will also be looking to repeat her gold-medal performance from the downhill.

Bochet has a legitimate shot at winning five medals in Sochi after she swept all five events she competed in at the 2013 World Championships.

“I am going to enjoy this win before focusing on the giant slalom on Monday," Bochet said on Saturday. "I am very pleased with my performance today. I wasn't very confident after the trainings because I missed a lot of gates. This is why I raised my arms immediately when I crossed the line. The conditions were great today. Nothing bothered me. I am so satisfied about making it to the bottom without missing any gates."

If anyone can take Bochet out in the super-G it will be five-time Paralympic medallist Andrea Rothfuss of Germany, who is still in search of her first Paralympic gold.

"We have a good battle here,” she said. “She is very good. I want to be better. That's why we have a battle — one wants to be faster than the other one. "