Holmes Hopes London 2012 Will Be 'Transformational'

"We’re in tremendously good shape, but the real focus now is the testing and readiness programme."

With just one year to go until the London 2012 Paralympic Games, LOCOG’s Paralympic Integration Director, Chris Holmes, hopes next year’s event will be ‘transformational’.

In an interview with the Daily Telegraph’s Gareth Davies, for the latest edition of The Paralympian, which is “One Year to Go” special, Holmes said that preparations for the Games are going well.

“We’re in tremendously good shape, but the real focus now is the testing and readiness programme, ensuring all the Paralympic elements that we want to go perfectly at Games time are embedded into the testing programmes,” Holmes said.

“The Paralympic Movement is on a fantastic march and is just going to new places, experiencing new things and really just developing at a fantastic rate,” he added. “When I started competing, you’d never have believed that one day all the UK broadcasters would be vying to get the broadcast rights to show the Games.”

Holmes, a nine-time Paralympic swimming champion, thought the last Paralympics in Beijing were more about educating the public about Paralympic Sport, whereas he believes London will be more interactive.

“One thing that I think will really make London special is if we enable people, spectators, the general public, even tourists just passing through London, to have a really connective experience, to get closer to the athletes, closer to the sport, closer to the action and gain a real sense of what Paralympic Sport is,” Holmes said.

Tickets for the London 2012 Paralympic Games will go on sale on 9 September and so far more than one million people have registered their interest in buying them at www.tickets.london2012.com.

Holmes stressed that the Games will be about “affordability and accessibility,” and noted that 95 percent of tickets will be priced below £50 and the majority of those will be under £20.

He also believes that “day passes” will create an open-access atmosphere away from the most popular sports such as Athletics, Cycling, Swimming and Wheelchair Basketball. Sports such as Boccia, Goalball and Wheelchair Fencing will be opened up to spectators more.

The Paralympian, is the official award winning magazine of the International Paralympic Committee and this edition, in addition to an interview with Chris Holmes, features a guide to the London 2012 venues and also which British and international athletes spectators should look out for next year.

To watch a video of the interview of Chris Holmes, please visit: http://youtu.be/W4GDx1H3QEc 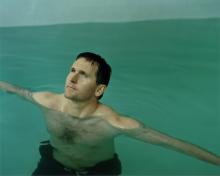