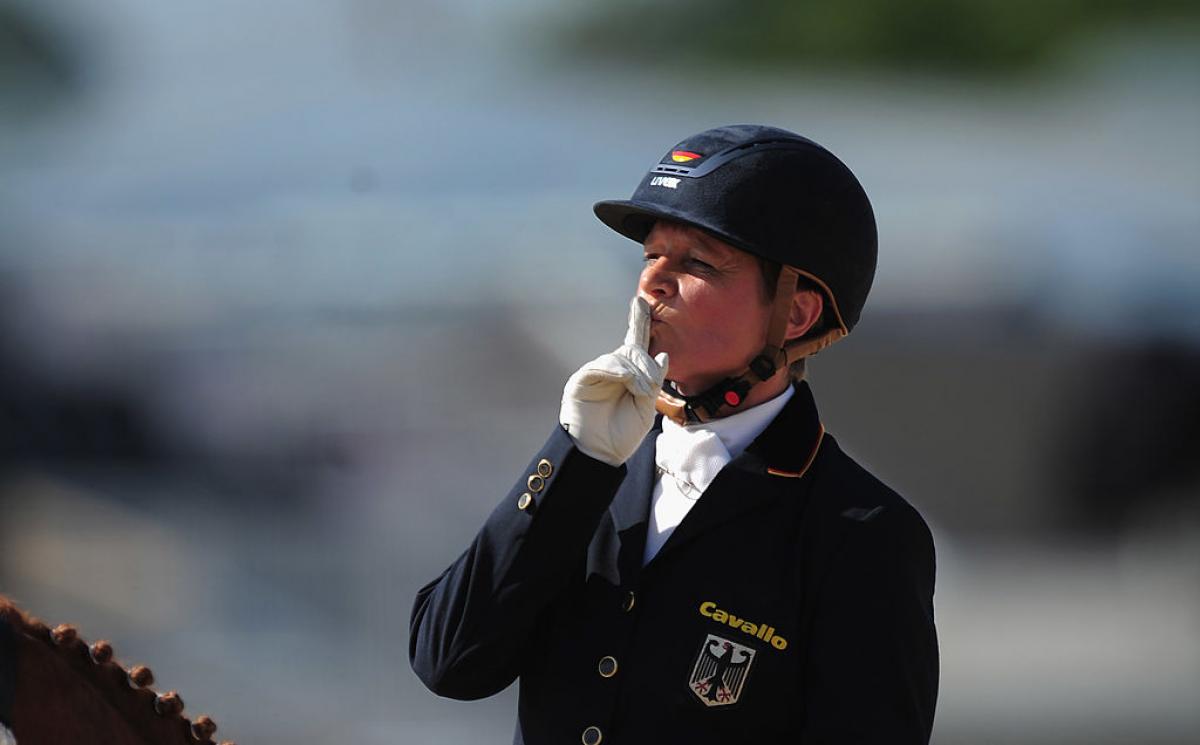 Germany's Hannelore Brenner is a multiple Paralympic and world champion

ⒸJamie McDonald - Getty Images
By Robert Howell | For the IPC

The host nations of Great Britain and Germany are expected to dominate their respective three-star Para equestrian competitions this week.

Double Rio 2016 champion and multiple world and European medalist Sophie Wells leads a team of more than 20 up-and-coming British riders at the annual British Festival of Dressage in Hartpury, Great Britain. Nicky Greenhill and Erin Orford are two of the young contenders to watch out for, with both hoping to impress the British selectors ahead of this year’s Longines International Equestrian Federation (FEI) European Championships in Gothenburg, Sweden.

Riders from Spain, Ireland, Hong Kong and the US Virgin Islands complete the line-up at Hartbury, which runs from Wednesday to Friday (5-7 July).