Indonesia pips Thailand to the post to finish first in the medals table for the first time at the Asean Para Games in Naypyitaw, Myanmar. 20 Jan 2014
Imagen 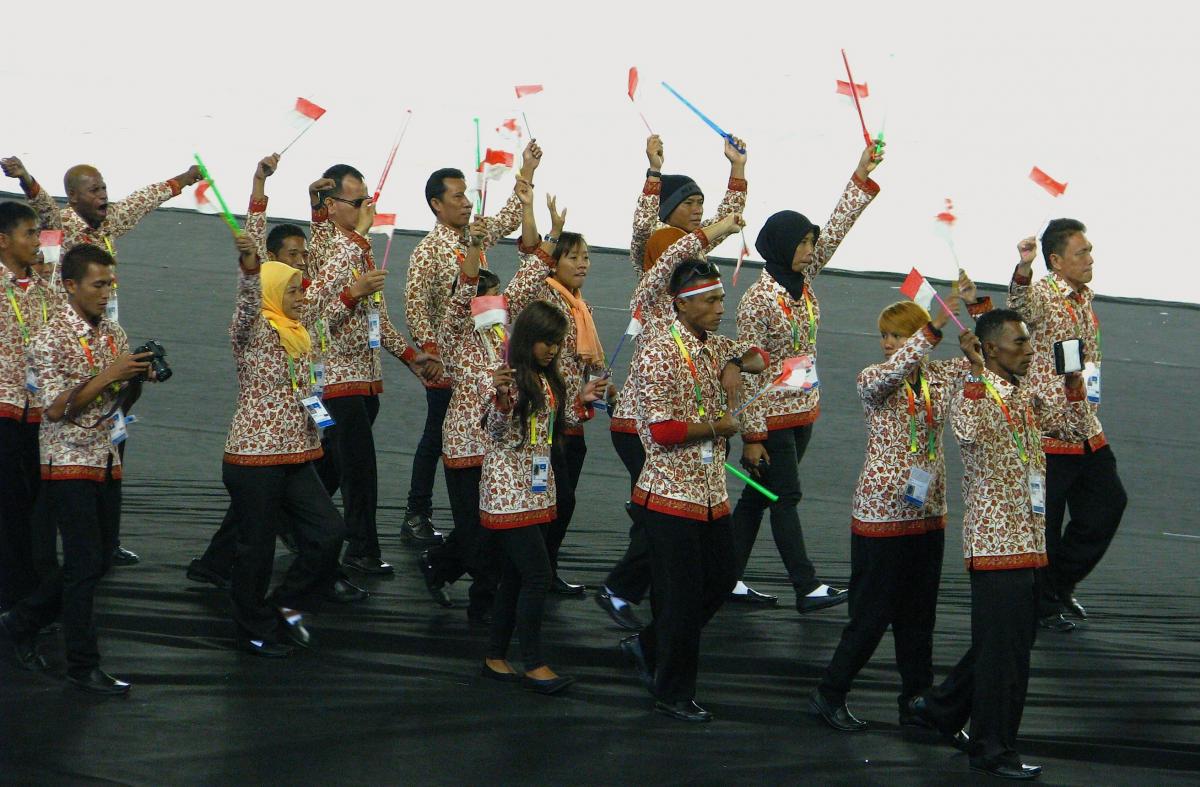 The Indonesian contingent clinched a total of 99 gold medals, 69 silvers and 49 bronze, with the bulk coming from athletics and swimming.

The Indonesian contingent clinched a total of 99 gold medals, 69 silvers and 49 bronze, with the bulk coming from athletics and swimming.

Indonesia renewed their confidence and determination after losing out to the Thais in the last Games in Solo in 2011, surging ahead of their closest rivals with a three-gold advantage. Swimming and athletics contributed the bulk of their medal collection with 36 and 31 gold respectively.

Thailand, seeking their sixth overall title, had their hopes dashed after completing their Games campaign with a total of 96 gold, 82 silver and 70 bronze medals.

Malaysia achieved its 50-gold target and finished third after amassing a total of 50 gold, with the bulk coming from athletics (36 gold), followed by swimming (six), powerlifting (three), archery (two), chess (two) and table tennis (one).

Vietnam retained their fourth position in the Games with a collection of 48 gold, 65 silvers and 72 bronzes, with the majority of wins coming from athletics (21) and swimming (20).

Philippines had their athletics, chess and swimming team to thank for finishing sixth overall while Singapore, the host of the next Asean Para Games, finished seventh out of the 10 competing nations with a collection of seven gold, 10 silvers and 10 bronzes.

Meanwhile, the official closing of the Games takes place Monday (20 January) at Wunna Theidi Main Stadium, with fireworks and various cultural and contemporary performances set to mesmerise spectators and participants.

Singapore will host the eighth edition of the Asean Para Games, scheduled for December 2015.