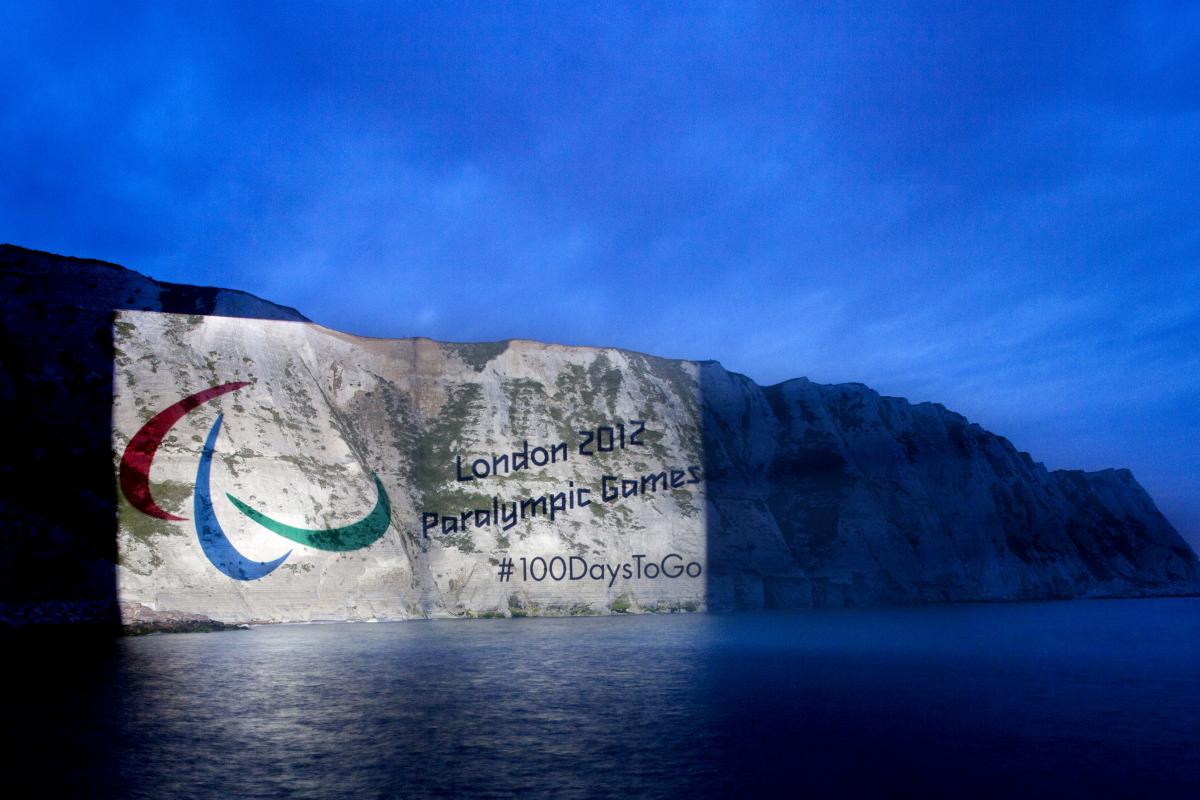 “I’m also becoming increasingly confident that they may also be the best ever, even surpassing Beijing which I didn’t think was possible four years ago."

To mark 100 days to go until the start of the London 2012 Paralympic Games, the Agitos – the symbol of the Paralympic Movement – has been projected onto the iconic White Cliffs of Dover.

The Paralympic symbol, which is based on the values of courage, determination, inspiration and equality, teaches the values of acceptance and appreciation for people with a perceived disability through the lessons and examples of the athletes and the Paralympic Games.

Launched at the Closing Ceremony of the Athens 2004 Paralympic Games, the Paralympic symbol consists of the three colours that are most widely represented in national flags around the world. The three agitos (derived from the Latin word “agito,” which means, “I move”) encircle a centre point to show that the IPC brings athletes together from around the globe. It also conveys that Paralympic athletes are always moving forward and never giving up.

The Paralympic Motto, “Spirit in Motion,” represents the strong will of every Paralympian and implies that the IPC is an organization on the move.

To also coincide with 100 days to go on Monday (21 May) remaining tickets for the Paralympic Games go on sale at 11am (BST) at www.tickets.london2012.com or via telephone on 0844 847 2012. The intention is to allow as many people as possible to get the chance to attend the Games, over 1 million tickets are going on sale, following an unprecedented 1 million ticket sales last year.

"With tickets back on sale tomorrow I can guarantee that whatever ticket you decide to go for that Paralympic sport will leave a deep and lasting impression on you. The athletes involved in the Paralympic Games are incredible sportsmen and women and I urge everyone to take this chance to be there and to form memories that will last a lifetime."

Prices start at just £10 (£5 for young people and seniors) and day pass tickets exclusive to the Paralympic Games present the chance to see up to five sports in the Olympic Park or ExCeL on just one £10 ticket.

Tickets will be made available for both Ceremonies and across all sports, including good availability for Paralympic Athletics in the Olympic Stadium which has been the biggest selling ticket so far, and a limited number for Track Cycling in the Velodrome which quickly sold out last year.

On Sunday (20 May) it was announced that multi award winning band Coldplay will perform at the London 2012 Paralympic Games Closing Ceremony, called ‘Festival of Flame’.

Starting at 8.30pm on 9 September Coldplay, one of the world’s best selling music acts, will take to the stage and perform a live and one off concert in the Olympic Stadium, broadcast to an estimated worldwide audience of 750 million.

With over 55 million records sold worldwide, number one albums in more than 35 countries and winners of 7 Brit Awards and 7 Grammy Awards, Coldplay are one of Britain’s best-loved bands around the world. Their special performance will mark the closing of the Paralympic Games and the last night of the London 2012 Games.

LOCOG is further delighted to announce that, for the first time at a summer Games, all Olympic Games partners have also signed up as Paralympic Games partners. This means a total of 55 partners are now supporting the Paralympics, and their support will be seen by their millions of customers across the UK and beyond.

Sainsbury’s, a Paralympic-only partner, today announced they had sold over 1 million Paralympic Super Shopper Bags, raising over £100,000 for Sainsbury’s London 2012 Paralympic Fund. And this morning in Manchester, BT are launching their Paralympic World Cup for elite international athletes which will run from 22-26 May.

It has also been announced that the 22 Live Sites across the UK will screen eight hours of live Channel 4 coverage of the Paralympic Games every day from 29 August to 9 September. The Live Sites, run in partnership between London 2012, the BBC and local authorities, will be fantastic places for local communities to get together and cheer on British athletes, as well those from around the world.

Sir Philip Craven, President of the International Paralympic Committee (IPC) said: “With 4,200 athletes from 165 countries set to compete in the British capital in 100 days time, the London Paralympic Games will officially be the biggest ever.

“I’m also becoming increasingly confident that they may also be the best ever, even surpassing Beijing which I didn’t think was possible four years ago.

“Athletes are delivering record breaking performances on an astoundingly frequent basis, ticket sales are the best yet so far out from a Games and a record number of TV viewers are set to watch the Paralympics around the world.

“To add into that mix Coldplay for the Closing Ceremony and I think the ingredients for the best ever Games are starting to come together.”

Jeremy Hunt, Secretary of State for Culture, Olympics and Paralympics, Media and Sport said: “Britain is the home of the Paralympic movement, and it is incredibly exciting that London 2012 we host the biggest Paralympics ever. Our Games will be a fantastic opportunity to celebrate disability sport and Team GB’s inspirational Paralympic athletes.”

Boris Johnson, the Mayor of London, said: “As well as counting down to a spectacular Paralympic Games, we’re on track to deliver the most accessible games ever. Major works along the Southbank are making this great area of London easier to get around for everyone this summer and for years to come. And in the spirit of the Paralympics we are extending our highly acclaimed Liberty Disability Arts festival across central London during the Games so that more people than ever can appreciate some breathtaking performances from a wealth of talented disabled artists.”

In recognition of Visa's longstanding support of the Olympic Games and Paralympic Games, only Visa (debit, credit and prepaid) can be used to purchase tickets. For applicants outside of the UK, a full list of Authorized Ticket Resellers is available on the London 2012 ticketing website. 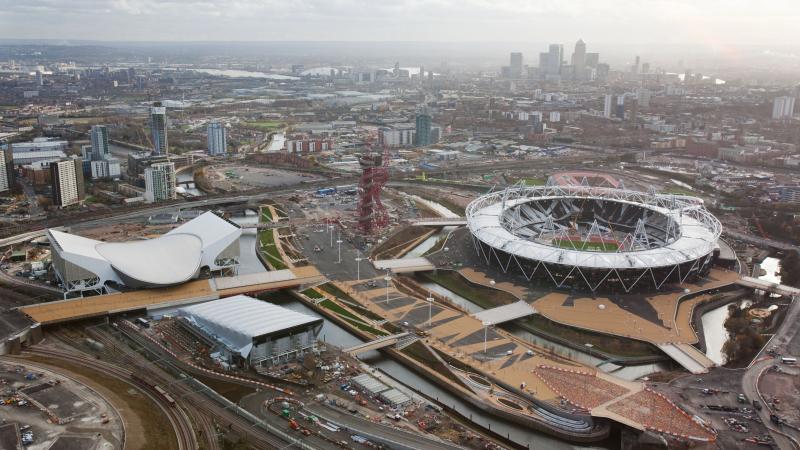 It’s Official – London 2012 to be Biggest Paralympic Games Ever