The International Paralympic Committee (IPC) has made two appointments in new key roles ahead of the Tokyo 2020 Paralympic Games.

Following the IPC President’s commitment to make classification a priority for the coming years, Genevieve (“Gen”) Duff will serve as Acting Director of a new department that focusses solely on classification. 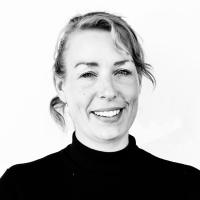 A qualified physiotherapist from Perth, Australia, with a background in services for children and adults with physical, intellectual and vision impairments, Gen has been working in Para sport since 2007. She is one of the IPC’s most experienced classification educators having operated as a World Para Athletics Senior Classifier and Educator since 2010.   Having been involved in various Agitos Foundation projects she has had involvement across the spectrum from grassroots Para sport to Paralympic team preparation.

From 2009-13 Gen was the National Classification Manager for Paralympics Australia.  She has worked as an independent consultant since 2014 on numerous classification projects, several of which have addressed IPC classification education, research projects and IPC Classification Code Compliance audits.

Gen joins the IPC full-time in February for the full duration of 2020 and will report to the IPC’s General Counsel Liz Riley. She will play a key role in helping the IPC plan their international search for a permanent director of the department, with the aim of securing an appointment that starts in January 2021.

Philip Dorward has joined in the newly created role of Head of Communications. Reporting to Chief Brand and Communications Officer Craig Spence, Philip will have responsibility for corporate communications as the IPC looks to highlight further the work it does in transforming the lives of Para athletes and show how Para sport positively impacts societies across the world. 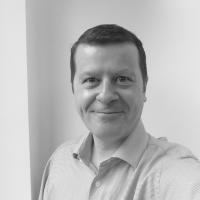 Philip has over 20 years’ experience in communications, including a decade in-house at major sports organisations. Philip spent eight years as Head of PR and Publications at the English Premier League. There he was responsible for the communications for the Professional Game Match Officials, the English professional referee body.

For the last four years Philip has been running his own communications consultancy, with clients including the England & Wales Cricket Board, Just Eat, Championship Horse Racing, MyCujoo and Charlton Athletic.

IOC and IPC to file intervention in CAS case
Imagen