The two-time Paralympian had cancer and sadly passed away on Saturday 16 August. 16 Aug 2014
Imagen 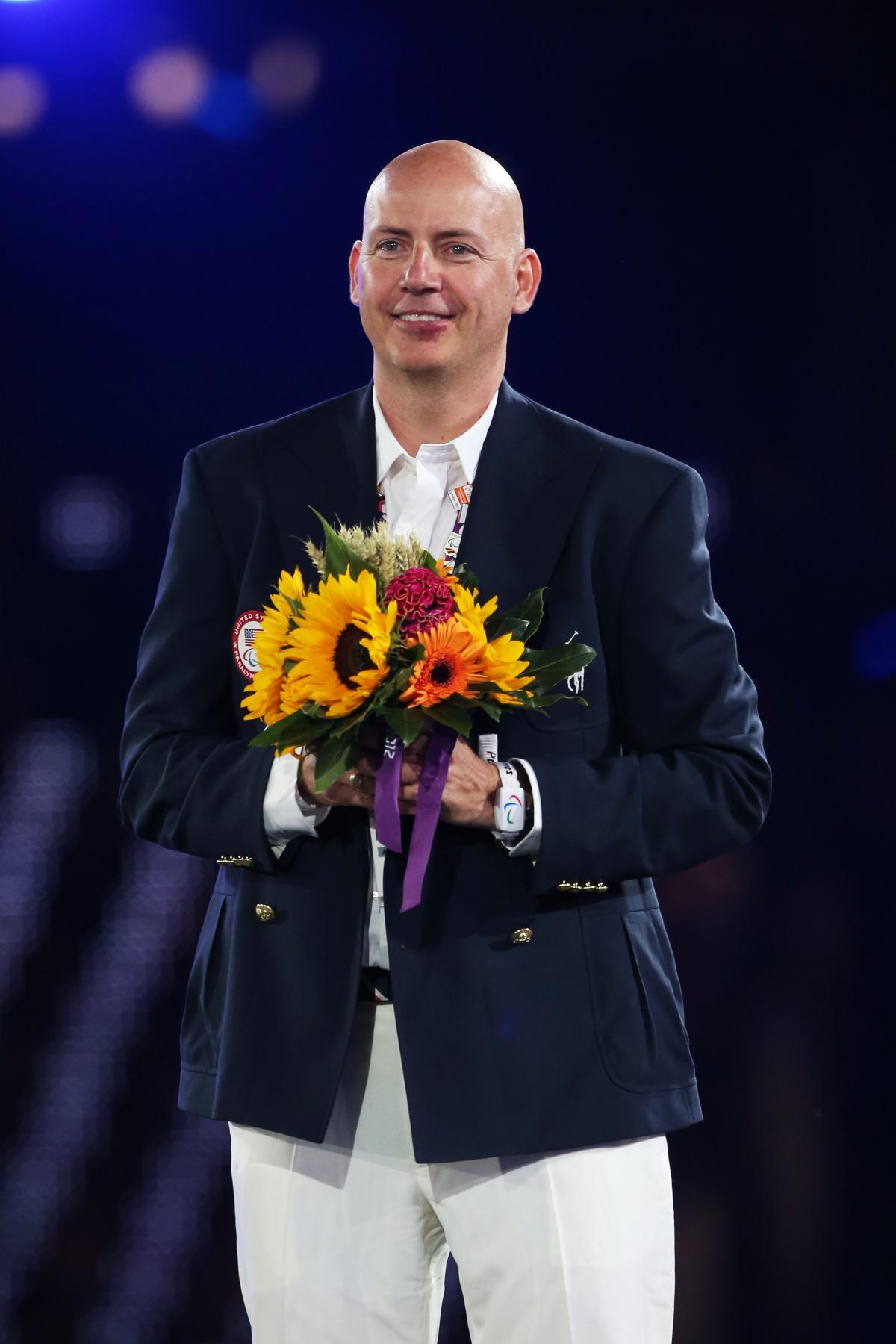 Jon McCullough at the London 2012 Closing Ceremony after his election to the IPC Athletes' Council.

The International Paralympic Committee (IPC) is deeply saddened to announce that IPC Athletes’ Council member Jon McCullough passed away on Saturday 16 August 24, after losing his battle with cancer.

McCullough, a two-time Paralympian who represented the USA 7-a-side football team at the Atlanta 1996 and Athens 2004 Paralympic Games was elected to the IPC Athletes’ Council at the London 2012 Paralympics, a Games which also saw him take part in the Torch Relay.

Sir Philip Craven, IPC President said: “The whole Paralympic Movement is deeply saddened by this tragic news and our thoughts are with Jon’s family and friends as this terrible time.

“Jon was an unbelievably inspirational and popular man, an absolute joy to be around, and a huge advocate for the Paralympic Movement.

“He had boundless energy, a permanent smile on his face and always made an impression where ever he went. He will be sorely missed by us all.”

Todd Nicholson, IPC Athletes’ Council Chairperson, said: “Jon was a great friend of so many athletes, and the Paralympic Movement has lost a true friend today. He always put athletes first and foremost and he will be sadly missed by so many, especially all of us on the IPC Athletes’ Council.

“Jon always was a fighter, and he fought the cancer to the end. His fighting spirit will be continued by each and every one of us as we ensure his legacy lives on.”

Chair of the Athlete Council of the US Soccer Federation, McCullough also represented the sport of football on the USOC Advisory Council for the term 2004-2008.

At the Salt Lake City 2002 Paralympic Winter Games, he acted as Athlete Co-ordinator, a role he also served at the Torino 2006 and Beijing 2008 Games.

He was executive director of BlazeSports, an Atlanta based non-profit organisation founded for the 1996 Paralympics to promote sports for athletes with an impairment.

McCullough also worked with a variety of international organisations, notably, with the Vietnam Veterans of America Foundation, where he developed an international conflict resolution programme. He first implemented the programme with groups of youth in the former Yugoslavia who were impaired from the war - bringing former foes together in the sport of soccer, putting them on the same teams and helping them work through conflict. The matches were broadcast on national television and featured in Transcending Sport, a film by the World Bank on promoting heath and sports for disabled youth as part of a global initiative.

Away from the Paralympic Movement, Jon was deputy director of Man Up, a global campaign to activate youth to stop violence against women and girls. As a volunteer at the South Africa 2010 FIFA World Cup, he served as a Facilitator and Keynote speaker at the ManUp Summit, a week long programme with 150 delegates from all over the world developing domestic initiatives to stop violence against women and girls using sport and music as a tool. While in South Africa, he also took on the responsibility to act as facilitator and keynote speaker for FIFA’s Football for Hope youth initiative.

In 1989 while serving the U.S. Coast Guard, McCullough suffered a traumatic head injury and permanent neck and shoulder damage in a high seas accident. Since that accident, he had dedicated much of his life to promoting and developing opportunities for individuals with an impairment.