The delegation left Russia impressed at the venues, programmes to sell tickets and the launch of a new phone App which helps user locate barrier-free facilities.

During the two-day review, the 11 strong IPC delegation enjoyed a tour of all the venues and facilities that will be used during next year’s Games which will take place between 7-16 March 2014. The group also received updates on various key functional areas, including ticketing.

“The Sochi 2014 Organising Committee should be congratulated for building some truly outstanding venues which I am confident will bring the best out of athletes from around the world next March,” said IPC Chief Executive Officer (CEO) Xavier Gonzalez.

“Russia will have a very strong team at next March’s Games – possibly their strongest ever - and I believe the Russian public will warm to their success, get behind the team and give the Games their full support.”

Dimitry Chernyshenko, President of the Sochi 2014 Organising Committee said: “I am delighted about the positive feedback we have received from the International Paralympic Committee this week, it is a testament to all the hard work that has gone into hosting Russia’s first-ever Winter Paralympic Games. The Games is clearly helping to create a barrier-free environment across Russia and I am confident our efforts will leave a lasting legacy for many generations to come.”

On Tuesday (10 December) during the Project Review, Sochi 2014 organisers launched a unique smartphone application that will help people with an impairment locate barrier-free sport facilities and urban infrastructure in places they live.

The mobile app was created by IPC worldwide partner Samsung as part of the "Accessibility Map" internet project www.kartadostupnosti.ru, which is being implemented by "United Country" and the Sochi 2014 Organising Committee.

Internet users, Sochi 2014 volunteers and representatives of disability organisations in Russia actively participated in the development of the project and the application. About 13,500 facilities with barrier-free environment elements in more than 500 Russian towns have been created and added to the map, making the project the most detailed guide to barrier-free facilities currently available.

General Secretary of the Russian Paralympic Committee, Mikhail Terentyev, said: “The "Accessibility Map" is a unique project that promotes the formation of a barrier-free environment, and contributes to the development of convenient and comfortable living environment for people with disabilities across the country. “

"Over the seven years of preparation for the first-ever Paralympic Winter Games in Russia, the Sochi 2014 Organising Committee has contributed to changing attitudes towards people with disabilities in Russia. These changes are evident already, and the universal accessibility standards developed by the Sochi 2014 project are an example to all Russian regions. The unique Internet project "Accessibility Map" reflects these changes,” added Dimitry Chernyshenko.

Gian Sang Ho, President of the Samsung Electronics headquarters for the CIS said: "We are proud that for the past few years, Samsung has been supporting the Paralympic Movement. We are pleased that Samsung technological solutions contribute to improving the quality of life for people with disabilities."

The Accessibility Map is a key project of the Paralympic awareness programme implemented by the Sochi 2014 Organizing Committee. The launch of the Internet portal took place on 23 October 2012 during the celebration dedicated to the 500 days to go before the start of the Paralympic Winter Games in Sochi.

The uniqueness of the project is that the first Accessibility Map will be compiled on the basis of data received from residents of Russian cities.

Anybody can support the Paralympic Movement and contribute to the development of a society without barriers and stereotypes.

The "Accessibility map" website has won several domestic and international prizes, including the "Russian Internet Award" and the "Golden Drum 2013".

The Sochi 2014 Paralympic Winter Games will take place between 7-16 March 2014 and will feature around 700 athletes from 45 countries who will compete in 72 medal events.

Tickets for the event can be purchased via internet or at ticket offices in Moscow and Sochi. 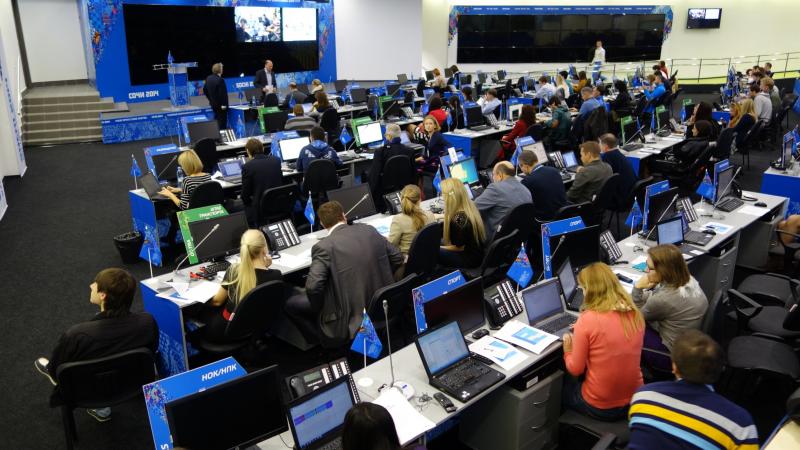