IPC CEO asks PyeongChang to “start putting plans into action” as it approaches three years to go until the next Paralympic Winter Games. 05 Feb 2015
Imagen 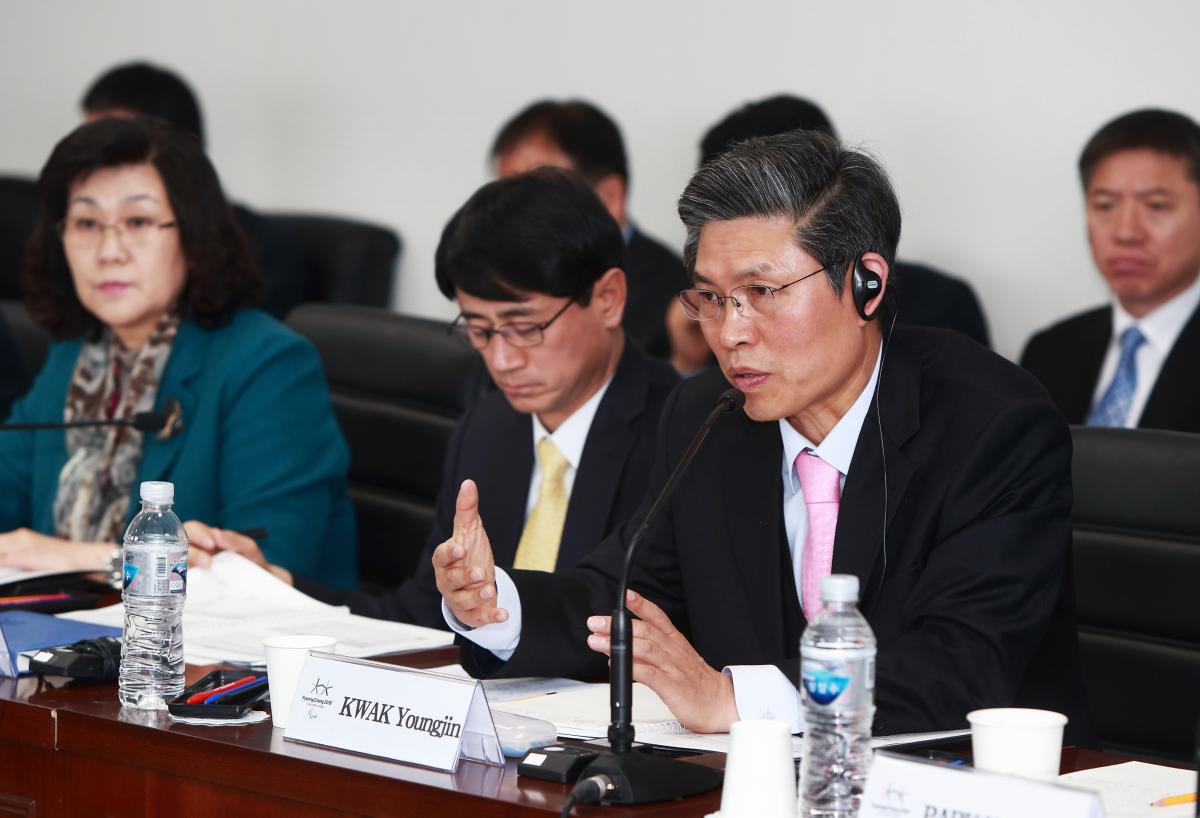 “We are now almost three years out from the Games and it is time to start putting the plans into action.“

The International Paralympic Committee (IPC) has completed its fourth Project Review of preparations for the 2018 Paralympic Winter Games and has said it is time for the Organising Committee (POCOG) to “start putting plans into action.”

Two days of meetings were held on Wednesday and Thursday (4-5 February) in Seoul, South Korea, and the IPC delegation was led by Chief Executive Officer Xavier Gonzalez. POCOG representatives included Kwak Young-jin, Vice President of Planning and Administration, and representatives from Gangwon Province and the Korean Paralympic Committee (KPC).

During the meetings, POCOG updated the IPC on various functional areas including venues, accommodation, accessibility, Paralympic Village, transport and sport. The IPC was also briefed on preparations for the Actualising the Dream project, a promise from the bid phase to develop winter para-sport, which will be in full swing later this year.

Xavier Gonzalez, the IPC CEO, said: “I would like to thank the PyeongChang Organising Committee for presenting a number of detailed plans during the two days in Seoul.

“We are now almost three years out from the Games and it is time to start putting the plans into action. A lot of work stills needs to be done between now and 9 March 2018 when the Paralympic Winter Games begin. This year is a critical 12 months in shaping up the future of the Games.”

POCOG Vice President Kwak Young-jin said: "I'd like to thank the IPC for all of the invaluable advice and feedback they have offered in the Plenary Session and side meetings during the last days. I believe the IPC's expertise and know-how will greatly help POCOG move forward toward successful PyeongChang 2018 Paralympic Games."

The PyeongChang 2018 Paralympic Winter Games will take place between 9 and 18 March.