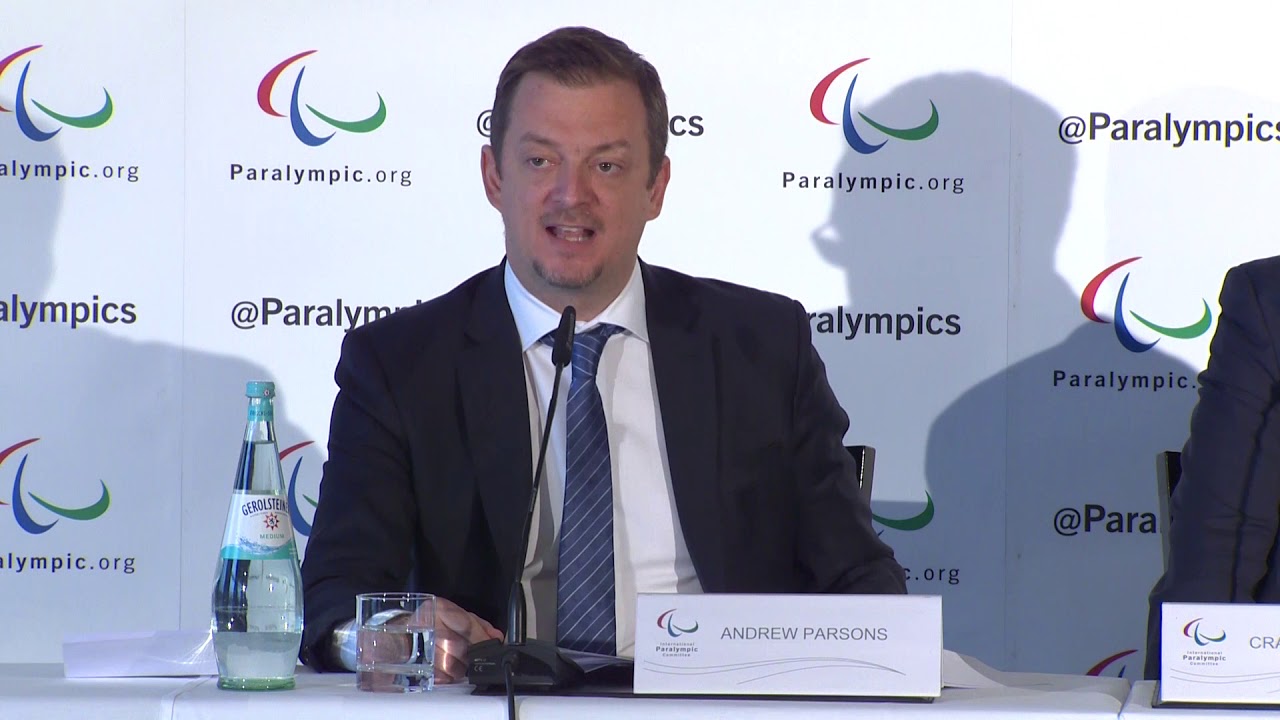 "Maintaining the RPC’s suspension on the grounds of Russia’s continuing refusal to not accept the McLaren Report does not seem right. We need to move things forward and find a solution that protects the integrity of Para sport, acknowledges the significant reforms made by the RPC, and enables the RPC to comply with its membership obligations.”

The decision to reinstate the RPC’s IPC membership under strict conditions was taken by the IPC Governing Board after the RPC served a 29-month-long period of suspension and met 69 of the 70 reinstatement criteria originally outlined by the IPC in November 2016.

According to the IPC Taskforce – appointed to assist the IPC in assessing the RPC’s progress in meeting the reinstatement criteria – the one criterion that has not been met is the provision of an official response adequately addressing the findings made by Professor McLaren.

Andrew Parsons, IPC President, said: “In August 2016 the IPC suspended the RPC because it was necessary and proportionate to the situation we faced and essential to ensure clean sport.

“Twenty-nine months later it is the IPC Governing Board’s firm belief that keeping the RPC suspended is no longer necessary and proportionate to the situation we now face in Russia.

“During its suspension, the RPC has implemented 69 measures which provide the IPC with confidence that it is now a very different organisation to the one that it was prior to Rio 2016. Russian Para athletes are amongst, and will continue to be, the most tested athletes in the Paralympic Movement. Under the supervision of WADA, RUSADA has effectively been rebuilt from the ground up, is back testing and is conditionally reinstated by the global body responsible for it.

“With these factors in mind, maintaining the RPC’s suspension on the grounds of Russia’s continuing refusal to not accept the McLaren Report does not seem right. We need to move things forward and find a solution that protects the integrity of Para sport, acknowledges the significant reforms made by the RPC, and enables the RPC to comply with its membership obligations.”

Criteria the RPC has met during its suspension cover areas such as governance, procedures and practices and have included:

• Introduction of a new whistle blower hotline whereby Para athletes, coaches and officials can report any suspicions they have regarding anti-doping

• Updating and finalising its anti-doping rules

• Reinstatement of RUSADA by WADA

Andrew Parsons said: “The IPC reinstatement criteria, drafted back in November 2016, do not refer to the acceptance of any alternative report by Russia. It is very black and white and calls for the provision of an official response that specifically and adequately addresses the findings made by the McLaren Report and the McLaren Report only. Within its tight brief the IPC Taskforce had no option but to conclude that this criterion was not met.

“At our meeting the Board concluded that disappointingly Russia most probably will never accept the findings of the McLaren Report, bearing in mind it has not provided any proper response to it since its publication in July 2016.

“Therefore, the Board was faced with a fairly straight-forward question: should we dig our heels in and continue waiting for a very unlikely Russian response to the McLaren Report – a move that will keep the RPC suspended indefinitely and, as a result, Russian Para athletes ineligible to compete - or do we consider whether it is possible to find another way forward to enable the RPC to comply with its IPC membership obligations?

“The Board chose the latter and decided to lift the suspension under strict conditions.”

Between now and the date when the RPC suspension is formally lifted, the IPC will publish post-reinstatement criteria, identifying the core, high-level requirements that the RPC must continue to meet to maintain its conditional reinstatement of membership of the IPC.

Amongst the conditions will be that:

• RUSADA must not be declared non-compliant by WADA

• Up until 31 December 2022, Russian Para athletes will only be entitled to participate in certain competitions (including the Tokyo 2020 and Beijing 2022 Paralympic Games) if they have met the specified testing requirements

• The RPC must provide progress reports to the IPC every six months for at least the next three years.

Parsons added: “If Russia will not accept the findings of the McLaren Report then we can only lift the suspension under strict conditions.

Message to the athletes

In announcing the IPC’s decision, President Parsons was keen to stress that six of the IPC Governing Board’s 13 voting members are Para athletes who, between them, have competed in 14 Paralympic Games.

Parsons said: “All of the Para athletes on the Board, including IPC Athletes’ Council Chairperson Chelsey Gotell, fully back this decision. They are supportive because with the conditions the RPC must continue to meet over a period of three years, we are confident that we can ensure a level playing field for all Para athletes and that the participation of the RPC will no longer jeopardise the integrity and credibility of Para sport competitions.”

Chelsey Gotell, IPC Athletes’ Council Chairperson, said: “All athletes want to be assured they are competing on a clean and level playing field. This sentiment has been expressed by IPC Athletes' Council members as well as the many NPC and International Federation Athletes' Councils and athlete representatives we have spoken with to gain the athlete community’s perspective on this issue.

“Most athlete representatives have applauded the IPC’s stance and the process followed over the past 29 months, stating that it has been extremely thorough and in the best interests of protecting our global athlete community.

“I acknowledge that some Para athletes may disagree with this decision or disapprove of the IPC Governing Board’s change of position on the original criteria. Although I can certainly appreciate this perspective, I also think it is vital for Para athletes to consider and appreciate just how far the RPC has come since August 2016 and that this decision has been made with further protections put in place.

“With the suspension being lifted under these new conditions through to 2022, we will continue to closely monitor the implementation of Russia's anti-doping programme, while also being able to provide a clear and rigorous way forward for Russia's clean Para athletes to compete in Para sport. These strict conditions continue to highlight and safeguard the importance and value that the IPC Governing Board places on protecting clean athletes from corruptive measures that threaten the integrity of the Paralympic Movement. If at any point over the next quadrennial these conditions are not fully met, I am confident that just as we did in August 2016, the IPC Governing Board will act swiftly to ensure appropriate action is taken.

“In light of the decision that has been made I think it is time that as a global athlete community, we move forward, welcoming our fellow Para athletes from Russia back into our movement. We all know that actions speak louder than words and that any detour from playing by the rules will again be heavily scrutinised by the athlete community, the IPC and the whole world. It is now up to the Russian Federation, RUSADA, the RPC and Russian Para athletes to prove to the rest of the world that the culture has changed within their sport system.”

IPC reacts to the reinstatement of RUSADA by WADA