Michael Diekmann was presented with the accolade by IPC President Sir Philip Craven in recognition of Allianz’s 10 years of support of the IPC. 16 Apr 2016
Imagen 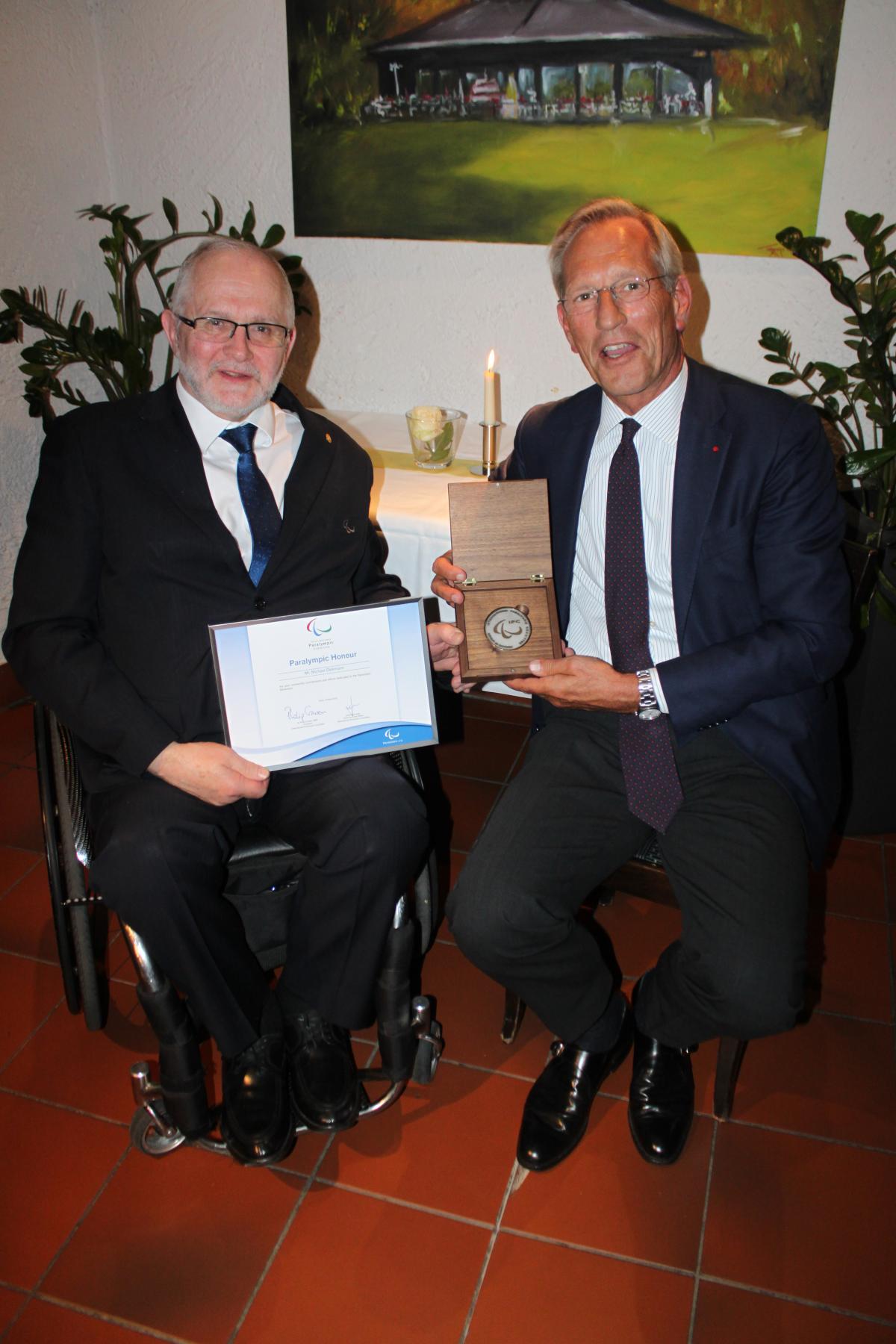 The former CEO of Allianz, Michael Diekmann, was presented with the Paralympic Honour by IPC President Sir Philip Craven in Bonn, Germany, on Friday (15 April) in recognition of Allianz’s 10 years of support of the Paralympic Movement’s global governing body.

The Paralympic Honour is bestowed upon high-ranking dignitaries, officials and others who have contributed significantly to the Movement.

Allianz’s partnership with the IPC started in 2006 when the company became a Gold Patron, before going on to support International Paralympic Day in Berlin in 2007.

In 2009 Allianz entered into its first sponsorship contract with the IPC and partnered the IPC Alpine Skiing World Cup Finals.

Today, Allianz is not only an IPC International Partner, but a Global Partner of IPC Athletics and supports 13 National Paralympic Committees.

Since 2010 the company has also sponsored the biennial Paralympic Sport and Media Awards which most recently took place in Mexico City in November 2015.

“During his tenure as CEO of Allianz, he not only transformed the organisation into a hugely successful global brand, but ensured that inclusiveness played a key role. His and Allianz’s support over the last decade have played a key role in increasing the profile of the IPC, a number of NPCs and leading athletes. We are forever indebted to him for his support.”

Michael Diekmann said: “It is a great honour to receive the Paralympic Honour as acknowledgement for the support of the Paralympic Movement. The most special thing about the partnership is that the whole idea of inclusiveness touches people.”

Previous recipients of the Paralympic Honour have included Wen Jiabao, former Premier of the People’s Republic of China and Jacques Rogge, former President of the International Olympic Committee.