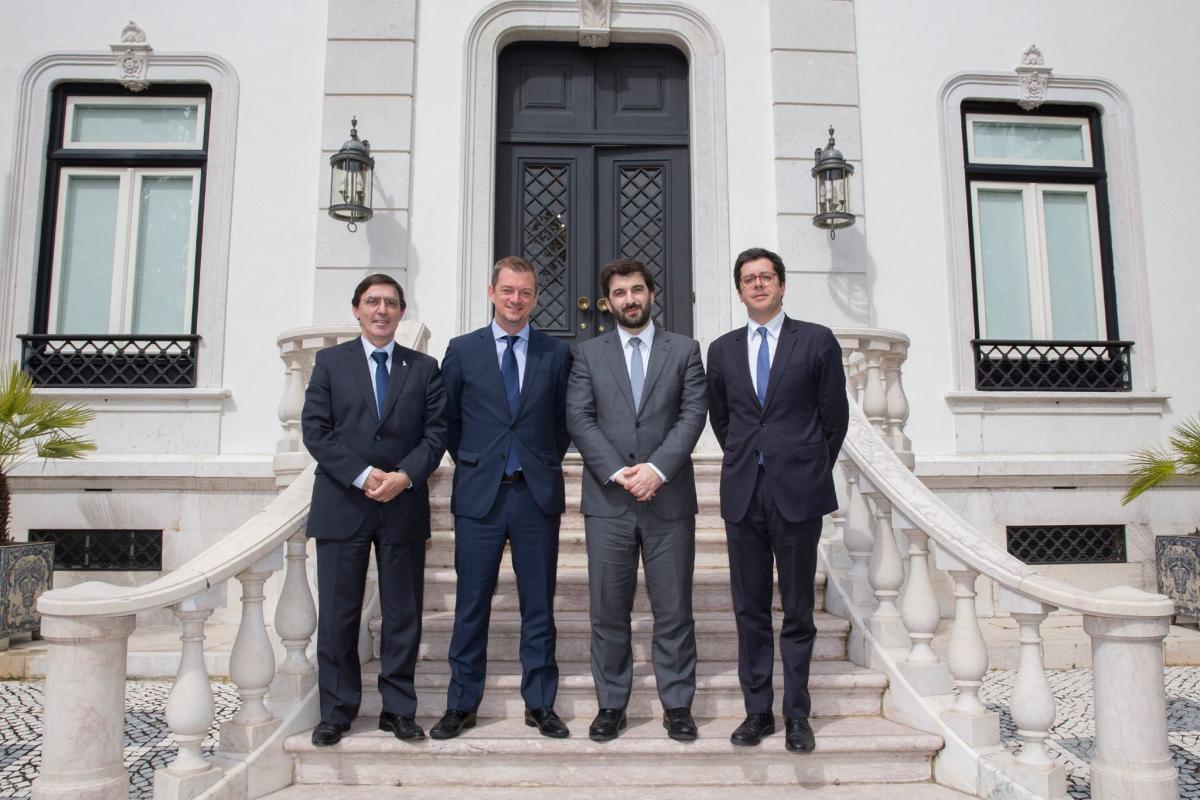 Accompanied by the President of the Portugal Paralympic Committee José Manuel Lourenço, the trio discussed the development of Para sport in Portugal and the government’s commitment to growing participation and hosting major Para sport events.

Andrew Parsons said: “The meeting with the Minister of Education and Sport Mr. Rodrigues painted an excellent picture of how committed and passionate he and the National Paralympic Committee (NPC) are to growing the Paralympic Movement in Portugal.

“The government has increased its investment in Para sport by 84 per cent and is fully focussed on sending its strongest ever team of Para athletes to the Tokyo 2020 Paralympic Games. It was an excellent meeting.

“During my days in Portugal it was extremely beneficial to be given a full update on the work of the National Paralympic Committee and attend its Congress in Braga to meet and hear from a number of the Portuguese speaking NPCs. As IPC President I feel it is vitally important to reach out to members and find out what progress they are making, discuss the challenges they are facing and ways in which the IPC can support them further.”

As part of his four-day working visit to Portugal, which started on Tuesday (10 April), Parsons also met with the Mayor of the Municipality of Lisbon Fernando Medina, visited the facilities of the NPC and held discussions with the NPC’s Executive Commission.

On Friday, the IPC President delivered a keynote address in Braga at the two-day long Portugal Paralympic Committee Congress on Impacts and Challenges of Sport Inclusion. The event was attended by around 200 people including representatives from Portuguese speaking NPCs such as Angola, Cape Verde, Guinea-Bissau, Mozambique. Sao Tome & Principe and Timor Leste. One of the outtakes from the event was the desire for a common strategy for the development of Para sport among Portuguese speaking nations.

Next week Parsons will attend SportAccord and meet NPC Thailand in Bangkok, Thailand, before meeting NPC representatives and politicians in Malaysia and Singapore.