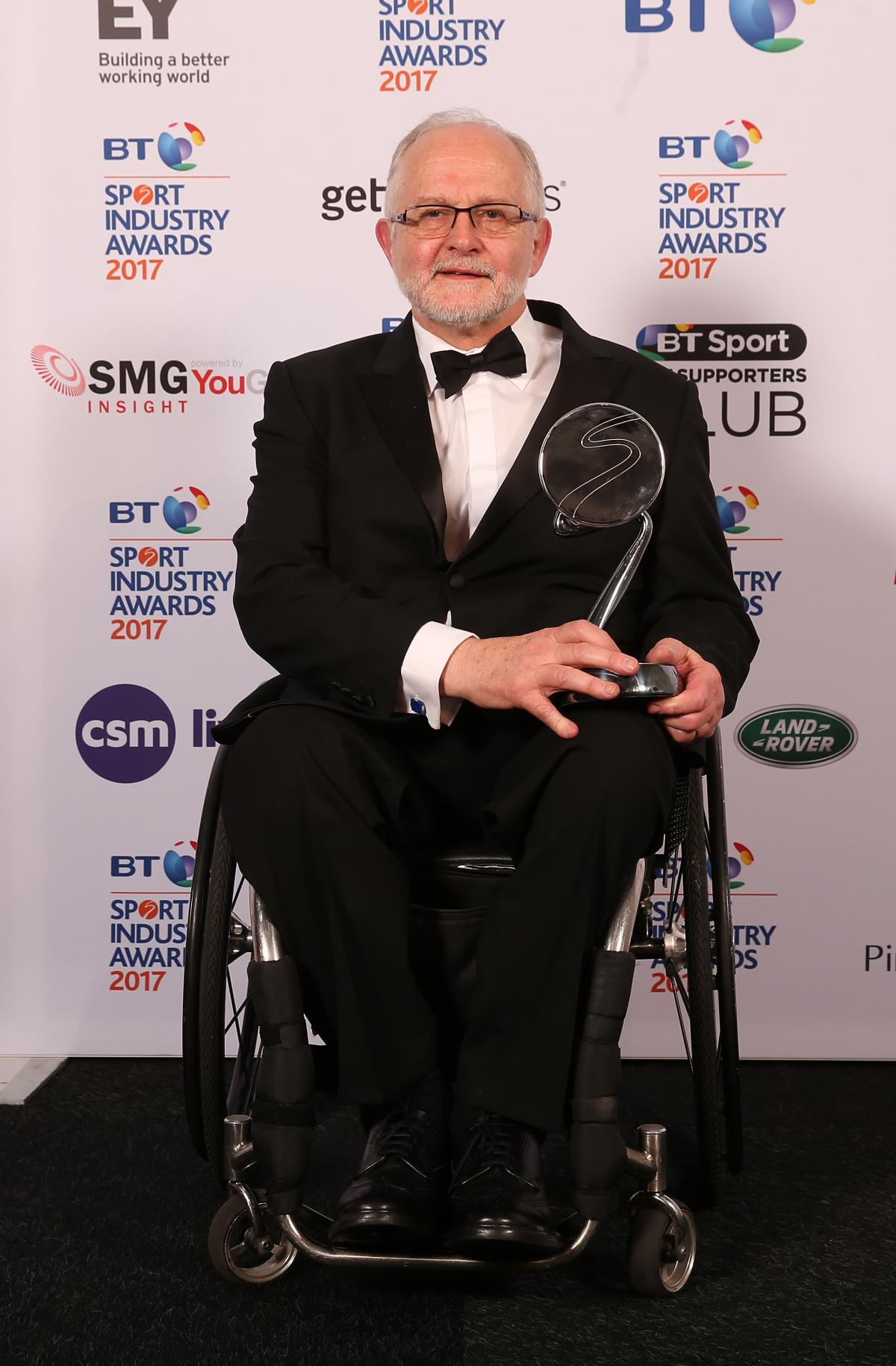 The award was handed to him by Olympic hockey champion Kate Richardson-Walsh in recognition of the IPC’s bold decision making during 2016. This included dealing with Rio 2016’s financial issues ahead of the Paralympic Games and the IPC’s decision to suspend the Russian Paralympic Committee following the publication of the McLaren Report.

“It’s a big surprise to pick up this award, I did not expect it,” admitted Sir Philip afterwards. “Last year will go down as the hardest of my IPC Presidency by quite some distance. Awards such as this recognise the work that was undertaken not just by me, but the IPC Governing Board and the IPC Management team and how the whole Paralympic Movement came together to ensure the Rio 2016 Paralympics were a great success.

“I strongly believe the IPC and Paralympic Movement matured and came of age in 2016. I’d like to thank BT and Sport Industry Group for this award.”

At the same event, F1 world champion Nico Rosberg presented British broadcaster Channel 4 with Campaign of the Year for We’re the Superhumans.

The BT Sport Industry Awards, the largest of its kind, celebrates the best of the British sports industry and attracts sports stars, celebrities and senior figures from across the industry and beyond.

Dan Brooke, chief marketing and communications officer at Channel 4, said: "Against all odds 'We're the Superhumans' helped make Rio 2016 even more successful than London 2012, further transforming public attitudes to disabled people along the way. It's an honour to be recognised by two black Pencils at these most prestigious of creative awards.”