Sir Philip Craven addressed the 2014 American Academy of Physical Medicine and Rehabilitation Annual Assembly on the growth and future direction of the Paralympic Movement. 17 Nov 2014
Imagen 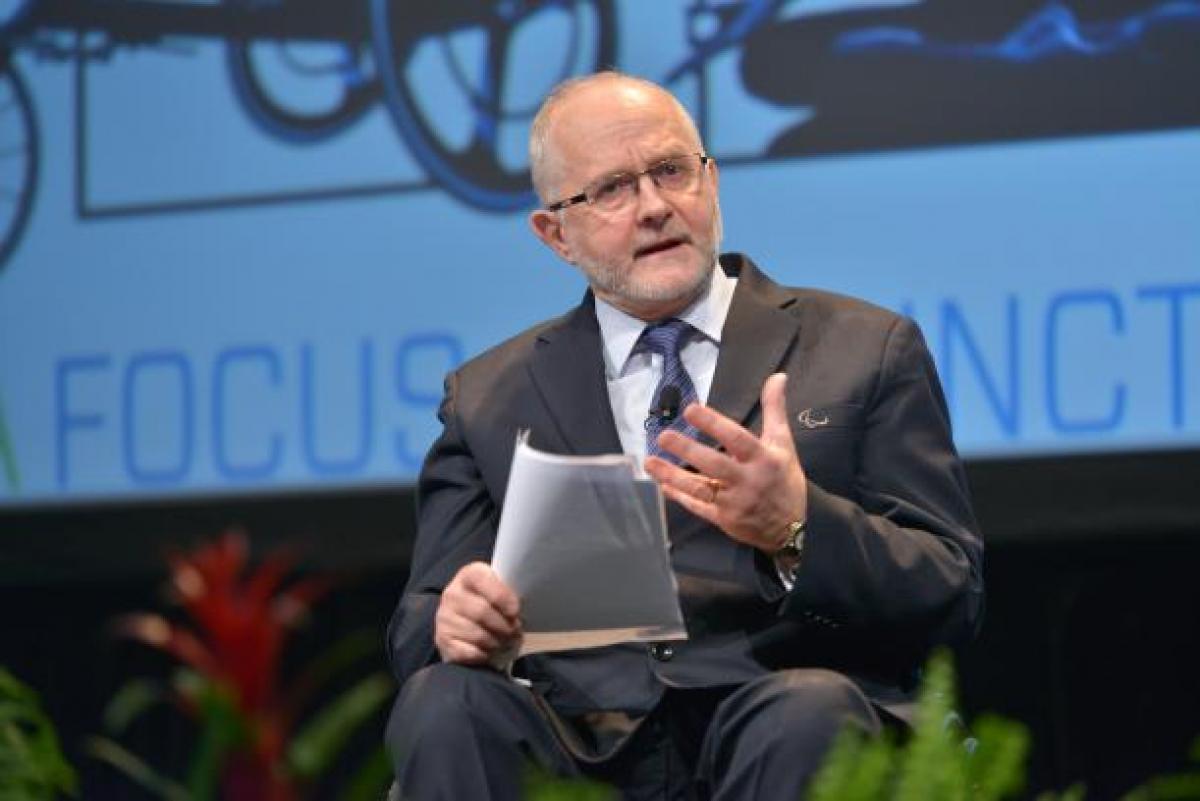 “Sport is an activity that unites all individuals regardless of who they are, where they come from or what they stand for in a peaceful and celebratory environment to create positive results.”

International Paralympic Committee (IPC) President Sir Philip Craven has told an audience of leading physical medicine and rehabilitation physicians in San Diego, USA, that sport and physical activity must play a major role in recovery from serious illness or injury.

In his keynote address at the Paralympic Sports Medicine and Science Symposium at the 2014 American Academy of Physical Medicine and Rehabilitation Annual Assembly, Sir Philip talked about the growth and future direction of the Paralympic Movement and the benefits of participation in para-sport.

“Sport is an activity that unites all individuals regardless of who they are, where they come from or what they stand for in a peaceful and celebratory environment to create positive results,” said Sir Philip.

“Sport is about human interaction; you never stop learning with sport – it is life’s great educator!” he added before highlighting the many life skills that sport teaches an individual including teamwork, decision making, fair play and communication.

“On top of these life skills, sport for a person with a perceived disability can do so much more.

“The Paralympic Movement is about empowering individuals rather than caring for a collectivised and thus marginalised minority,” Sir Philip stressed.

The 2014 American Academy of Physical Medicine and Rehabilitation Annual Assembly is the biggest gathering of physical medicine and rehabilitation physicians in the US, and the IPC President was keen to stress the importance of their role in getting people with an impairment active.

“Physical medicine and rehabilitation physicians, you are responsible for getting an individual get back to maximum function. For some people you can get them to go even further in the future.

“One of the keys to your job is making use of what is there.”

“Paralympians don’t have the time to worry about what doesn’t work, they maximise what does!’”

During his hour long talk, Sir Philip spoke about the success of the London 2012 Paralympics and the impact the Games now have on all those who witness them.

“Paralympic sport is an extremely effective vehicle for changing society.

“I believe that Paralympians through freedom contained within their minds produce incredible performances with their bodies, which when watched or listened to by others can inspire them to change their perceptions and thus change the world.

“When people watch Paralympic sport, they initially are surprised and delighted at being able to watch high performance athletes in action. They are surprised that persons with a once perceivable disability are able to do the same, if not more, than spectators can.

“The key now is to relive the London and Sochi experiences and build on this success at future Paralympic Games, starting with Rio 2016 and then continuing with PyeongChang in 2018.”

Dr. Cheri Blauwet, who played a key role in organising the Paralympic Sports Medicine and Science Symposium, said: “Sir Philip's riveting keynote presentation captured the audience of Physical Medicine and Rehabilitation physicians from the United States and abroad, whom now understand the power of sport as a tool for rehabilitation, health and empowerment.

“We were honoured to have him join us for our Annual Assembly."

The American Academy of Physical Medicine and Rehabilitation Annual Assembly is the largest gathering of physical medicine and rehabilitation physicians in the world and this year attracted over 2,500 people. 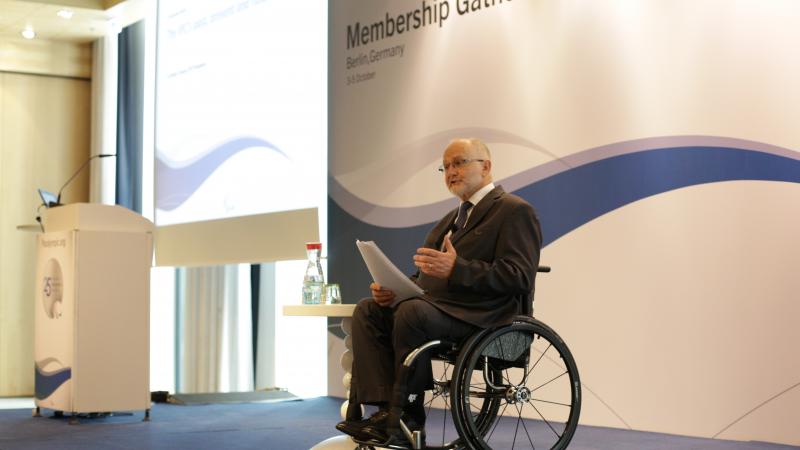