During his visit Sir Philip Craven praised the work of the Iranian National Paralympic Committee. 05 May 2017
Imagen 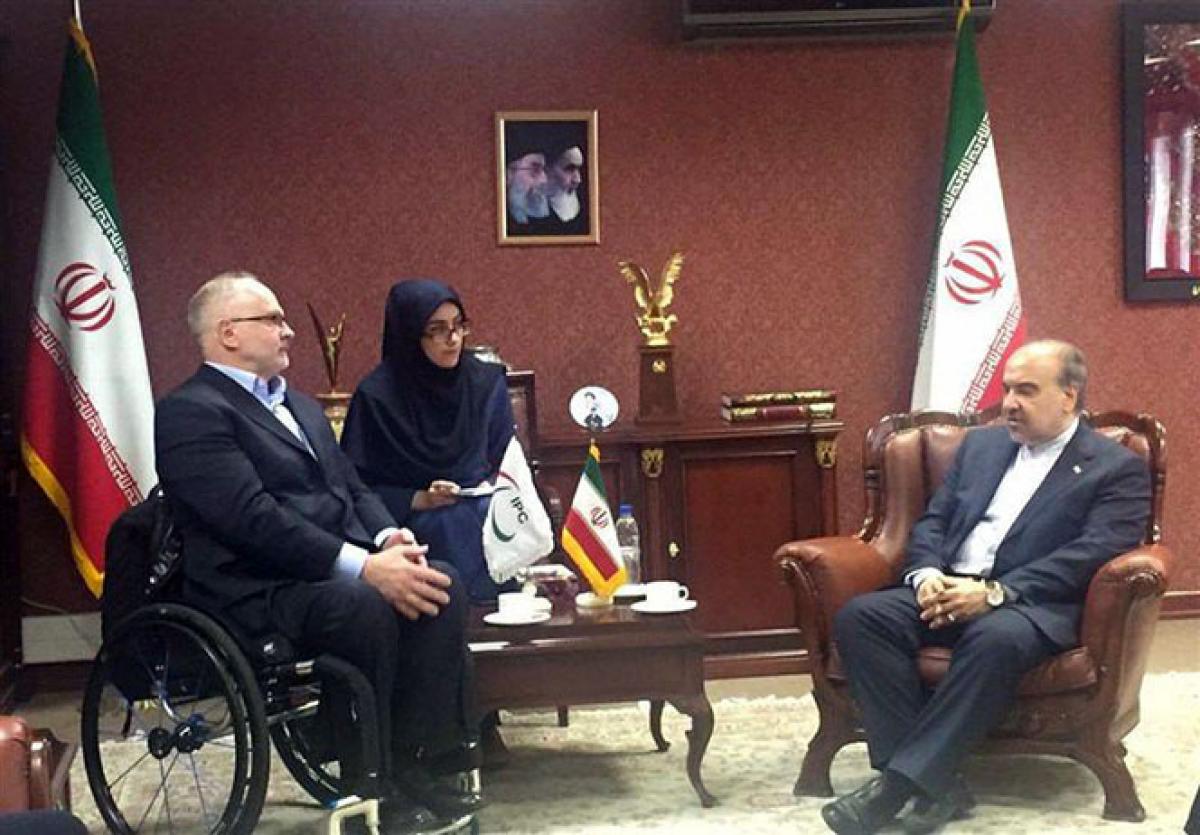 “Iran now boasts some of the biggest global stars in Paralympic sport."

The International Paralympic Committee (IPC) President Sir Philip Craven is in Iran this week to observe the progress the Paralympic Movement is making in the country.

On Wednesday (3 May), the Iranian National Paralympic Committee arranged for Sir Philip to meet with the Iranian Minister of Sports and Youth Affairs Masoud Soltanifar in Tehran.

“I first visited this country in 1995 when I was President of the International Wheelchair Basketball Federation. I was impressed with what I experienced back then and have been equally impressed on each of my return visits,” said Sir Philip.

“Such is Iran’s progress in recent years that I would not be surprised if the country broke into the top 10 of the medals table at Tokyo 2020 or in 2024,” added Sir Philip who met a number of Iran’s Paralympians from last September’s Games.

Sir Philip, who will step down as IPC President on 8 September, also praised the work of NPC Iran in increasing female participation.

“In addition to the progress Iran has made in producing medal winning athletes, I also think the National Paralympic Committee should be congratulated for what it has done to increase female participation,” he said.

On Thursday morning, the IPC President officially opened the third National Para Athletics Championships which this year has attracted more than 700 Para athletes from Iran’s 29 provinces.

In Shiraz on Friday, Sir Philip met the family of Para cyclist Bahman Golbarnezhad before paying his respects at the athlete’s tomb. Golbarnezhad died in a tragic accident during the Para cycling road race on the penultimate day of the Rio 2016 Paralympic Games.

Sir Philip’s visit to Iran will conclude on Monday and over the weekend he will visit a new Paralympic sport complex and meet a number of Paralympians.