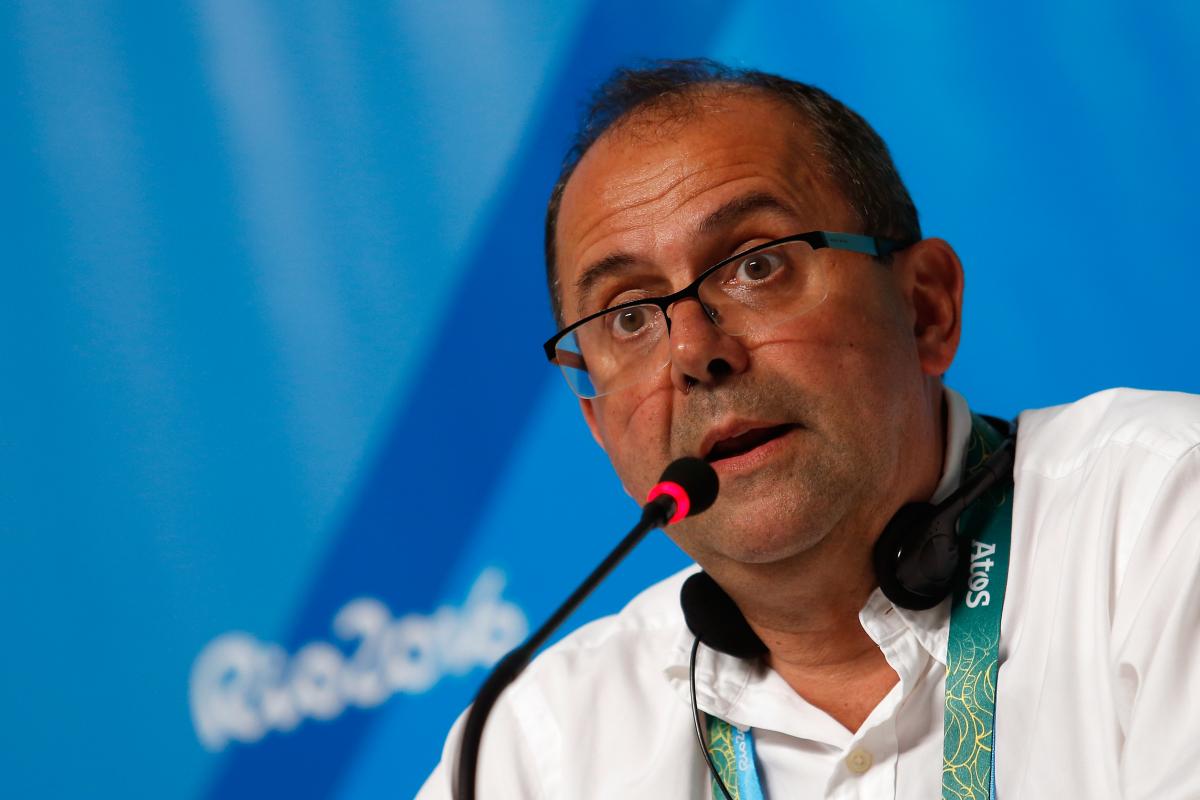 “There are few words that can properly do justice to the impact Xavier has had on the IPC and the Paralympic Movement. Under his leadership, he has done an outstanding job, effectively building the IPC from a start-up to a globally well-respected sports organisation."

As part of the next stage in its business evolution, the International Paralympic Committee (IPC) has announced the departure of its Chief Executive Officer (CEO) Xavier Gonzalez.

The 59-year-old Catalan joined the IPC as Paralympic Games Liaison Director in 2002 and soon after became the Interim Chief Operating Officer. In 2004 he was appointed CEO and during his tenure managed the IPC’s evolution into one of the most respected governing bodies in world sport.

Replacing Gonzalez as Interim CEO will be Dr. Mike Peters, a two-time Paralympian in CP Football, who joined the IPC in 2015 as Chief of Staff before becoming Chief Operating Officer in 2018.

Xavier Gonzalez, IPC CEO, said: “It has been an absolute privilege and honour to have served the IPC, the Paralympic Movement and Para athletes for the last 17 years. This role has not just been a job, but my passion and my life providing many memorable and thoroughly enjoyable life changing experiences.

“I am extremely proud of what I have helped to deliver with the support of the outstanding team and dedicated network of volunteers since 2002. To see the evolution of Para sport and the development and growth in global recognition of Para athletes around the world has been amazing; Para athletes really are now seen as sport stars who deliver mind-blowing performances few thought possible years ago. The level of media and broadcast coverage they now secure, as well as the commercial support within the Movement, really is a far cry from what it used to be. It’s also amazing to see the size and global reach of the IPC and Paralympic Games now compared to when I joined when we had no money and employed just a handful of people.

“I was working towards stepping down from the IPC in 2021. However, after discussions with the Board in January and having achieved pretty much everything I wanted to with the organisation, it became clear that now is the right time for a change of leadership. This summer the IPC Governing Board will embark on a new strategic direction and look to maximise the established opportunities out there.

“I leave the IPC in a very strong position and well equipped for its next stage of development. I wish the team under the interim leadership of Mike Peters all the very best for the future.”

Andrew Parsons, IPC President, said: “There are few words that can properly do justice to the impact Xavier has had on the IPC and the Paralympic Movement. Under his leadership, he has done an outstanding job, effectively building the IPC from a start-up to a globally well-respected sports organisation.

“The IPC Governing Board will always be grateful to his contribution in progressing the Paralympic Movement. Xavier will continue to support the IPC with the delivery of the Paralympic Games until 2020 and we are working on the best ways of facilitating this.

“Following Xavier’s departure, we will soon be appointing a recruitment firm to lead the search for a new CEO as the IPC embarks on a new and exciting phase in its evolution.”

When Gonzalez joined the IPC, the Bonn-based organisation was on the brink of bankruptcy and employed less than 10 people. On 22 March 2019 he will leave an organisation that now employs 115 people across all departments and regularly turns over more than EUR 20 million each year.

During his time at the IPC, Gonzalez has overseen eight editions of the Paralympic Games, working closely with Organising Committees to drive rapid growth in spectator numbers, TV audiences and athletic performance.

The PyeongChang 2018 Paralympic Winter Games broke every record in the book, attracting more athletes, countries and spectators than ever before, as well as drawing more international viewers than previous editions.

In addition to growing the depth, quality and experience of the Paralympic Games, Gonzalez has recruited and developed a strong management team that has increased public awareness of the IPC and Paralympic Movement to record levels, helping to transform the attitudes and lives of millions of people around the world.

Today, the IPC boasts more than 1.5 million social media followers and has a commercial programme that includes eight companies listed on the Fortune Global 500 while the amount of money the organisation generates from TV rights has grown exponentially.

Gonzalez has also fostered relations with the IOC since the 2003 agreement which addressed the financial and marketing relationship between the two organisations. He was also instrumental in negotiating the latest IOC-IPC Agreement which was signed 12 months ago and runs through to 2032.

Away from the IPC and Paralympic Games, Gonzalez oversaw the launch of the Agitos Foundation and the development and growth of the 10 sports for which the IPC acts as international federation. Today the World Para Sports each have comprehensive competition calendars, sanctioning nearly 2,000 events and competitions each year, and engage millions of people via digital media. He was also involved in the transfer of governance of several Para sports to their Olympic international federations.

Most recently, Gonzalez managed the transition period between IPC President Andrew Parsons and his predecessor Sir Philip Craven, secured the IPC a new headquarters in Bonn from early 2020 and supervised the conditional reinstatement of the Russian Paralympic Committee following its suspension in August 2016.