A record 260 delegates are attending this year’s event where the theme is “securing the future for young para-athletes.” 08 Oct 2015
Imagen 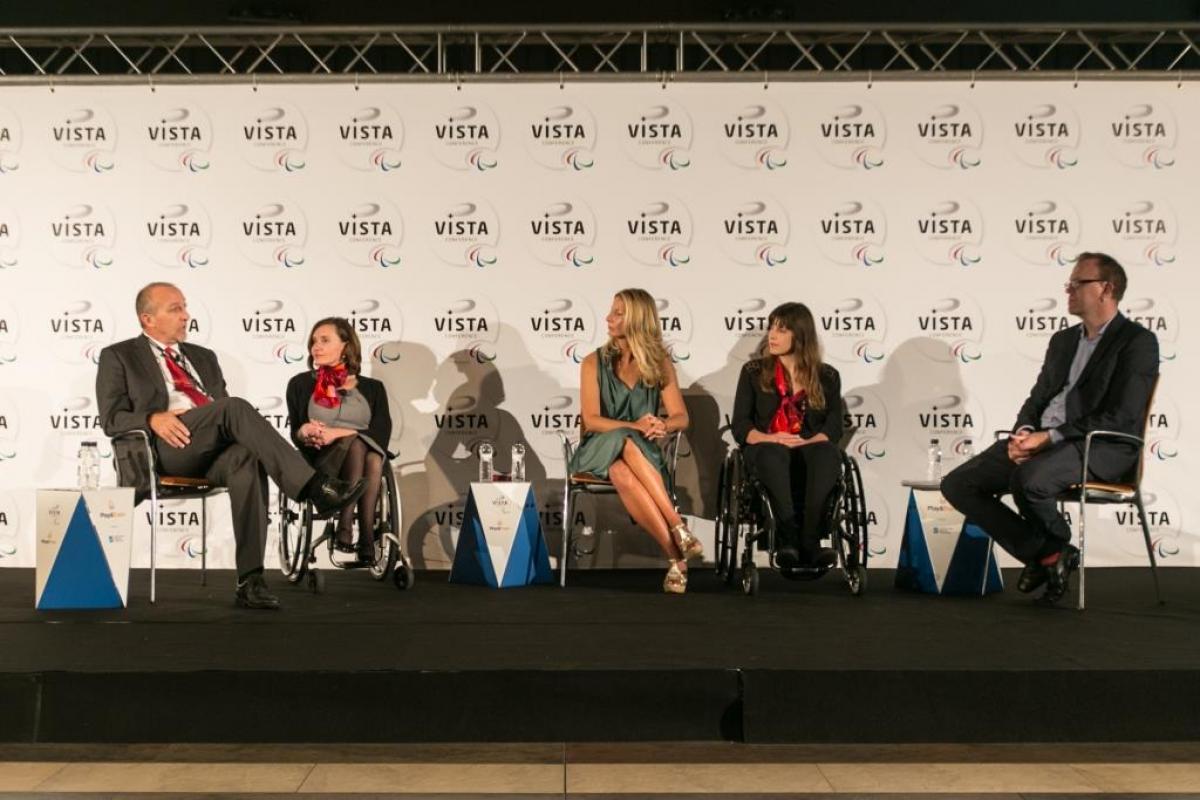 Podium at the VISTA 2015 Conference in Girona, Spain

The seventh International Paralympic Committee (IPC) VISTA conference for sports scientists and researchers with expertise in para-sport opened in Girona, Spain, on Wednesday (7 October) with a panel debate on the theme “securing the future for young para-athletes.”

In his opening remarks, Sir Philip stressed the importance of engaging youngsters in para-sport at all levels.

“Youngsters are the future of the Movement however, they face multiple challenges engaging and then staying involved in para-sport,” he said.

“The key to getting young people to engage in para-sport are schools. Sport is life’s great educator and the sooner we can get youngsters playing para-sport and learning key skills and realising they can be good at something, the better life will be.

“Another key area is for all para-sports to continue to ensure that athlete classification systems are the fairest they can be. If they are, then fair competition, which is what potential athletes always seek, will be assured.”

The IPC President also thanked those behind bringing VISTA 2015 to Girona.

“I would like to pay testament to Play and Train and Barcelona Special Traveller for their hard work in organising this event. For their support, I would also like to thank Isabel Marados, the Deputy Mayor of Girona; Diputació de Girona, Agència Catalana de Turisme and Patronat de Turisme Costa Brava Girona.”

During the Opening Ceremony of VISTA 2015, Sir Philip presented Professor Jennifer Mactavish with the 2015 IPC Paralympic Scientific Award, a biennial accolade presented to an academic researcher for his or her contributions to research in the field of sports for persons with an impairment.

“The IPC Paralympic Scientific Award is this year presented to a Canadian who has spent her entire life in the pursuit of equal opportunities for all,” said Sir Philip of Mactavish, who has been recognised for her role in the successful re-inclusion of intellectually impaired athletes into the Paralympic Games.

“In a triumph of collaboration between sports governance and the scientific community, her work provided the framework for the “Eligibility Classification Research” project, directed by the joint taskforce involving the IPC and Inas, the International Federation for sport for para-athletes with an intellectual disability.

“The project was a success and athletes with an intellectual impairment were allowed back to compete at the London 2012 Paralympic Games.

“Thanks for her tremendous contribution, 120 intellectually impaired athletes were able to fulfil their Paralympic dreams three years ago in the British capital in athletics, swimming and table tennis. Rio 2016 now awaits them.”

Areas covered during the 45-minute discussion included barriers to engagement, coaching, the role of schools and education, and ideas for what more can be done to engage and retain youngsters in para-sport.