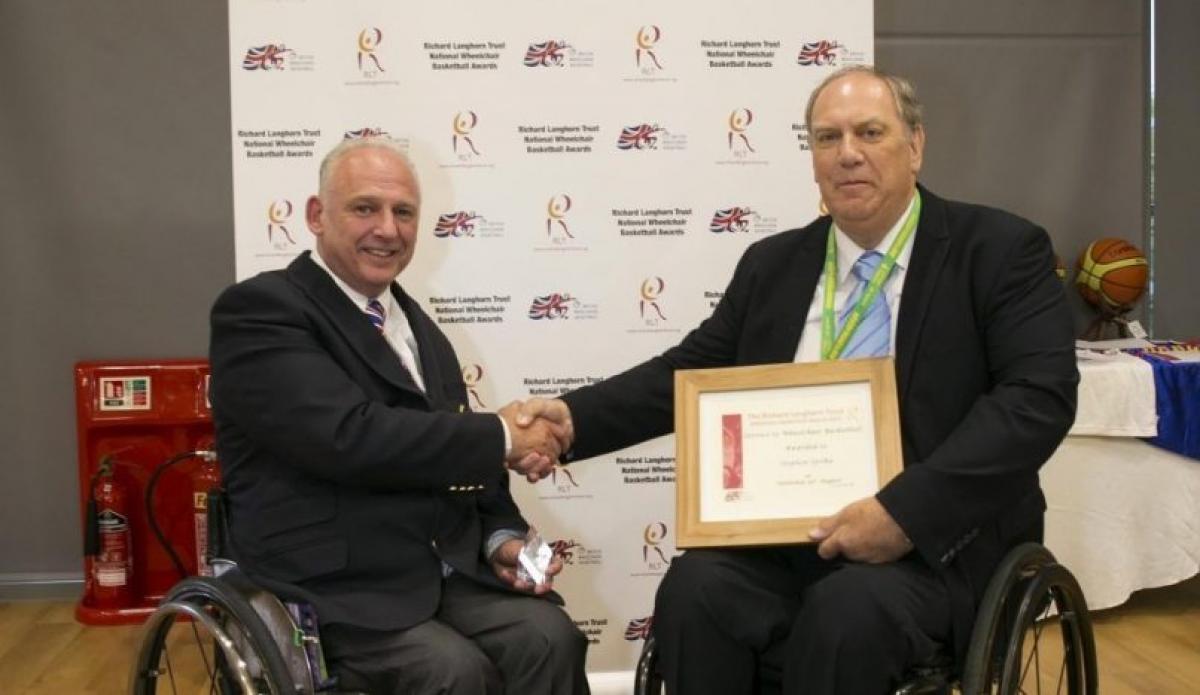 “Steve was undoubtedly one of the unsung heroes of wheelchair sport and made an incredible contribution to people’s lives through his dedication and commitment to the development of wheelchair basketball."

It is with great sadness that the International Paralympic Committee has heard of the death of Steve Spilka, a significant figure in the development of wheelchair basketball in Great Britain.

Spilka served as a board member for British Wheelchair Basketball (BWB) for more than 20 years, and his efforts to secure funding for the sport – both on the grassroots and high-performance levels – saw wheelchair basketball become one of the country’s most popular Para sports.

As a director of a heating and plumbing company, Spilka severed his spinal cord and recovered at Lodge Moor Hospital in Sheffield in 1985. Two years later, he began setting up a wheelchair basketball team with another ex-patient from Lodge Moor. By 1990, he was elected BWB’s development co-ordinator before becoming its general secretary.

His outstanding contribution to wheelchair basketball was recognised with WheelPower’s “Service to Sport Award” in 2005, as well as the prestigious BWB “Richard Langhorn Award for Service to Wheelchair Basketball.”

Martin McElhatton, Chief Executive of WheelPower, said: “Steve was a quiet unassuming man who worked tirelessly behind the scenes to grow and develop wheelchair basketball into the largest participatory sport for disabled people in the UK today.

“Steve was undoubtedly one of the unsung heroes of wheelchair sport and made an incredible contribution to people’s lives through his dedication and commitment to the development of wheelchair basketball. He also helped the sport secure world class funding from UK Sport which transformed the GB Teams structure and enabled British Wheelchair Basketball to professionalise its organisation.”

Maureen Orchard, IWBF Secretary General, said: “Steve Spilka was a player, coach, zonal classifier, mentor and Gold Medal Triad winner. More he was a friend that you could count on, a fair man who listened to both sides of the discussion and gave me good council whenever I needed it. He was as good as they come – I will miss his dry humour, talking to him about the dog and his family and sharing the latest happenings in IWBF. He truly cared about others. We have all lost a good friend.”