IPC unites in Berlin for its Membership Gathering 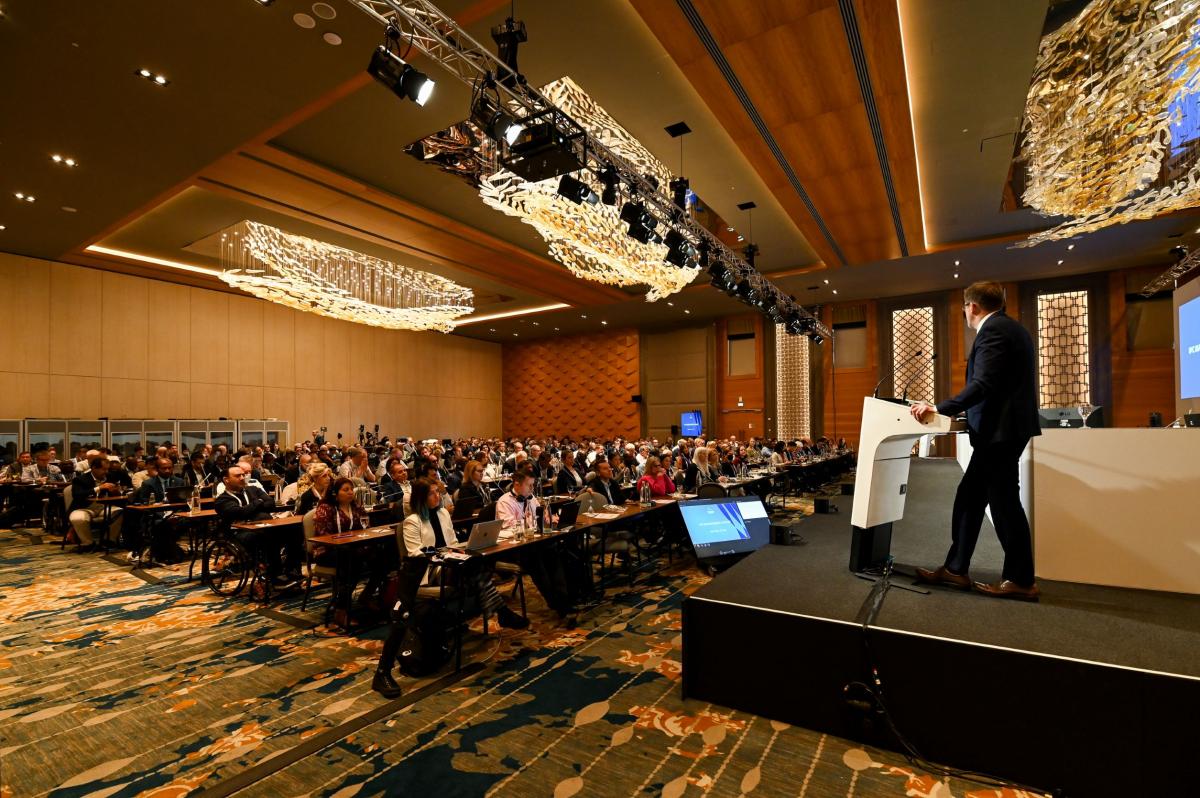 Key topics that were discussed at the Membership Gathering included the IPC Governance Review, the Classification Code Review and the Strategic Plan 2023-26.
ⒸRalf Kuckuck/IPC
By IPC

The International Paralympic Committee (IPC) hosted 125 of its Member organisations in Berlin for a “hugely productive” two-day Membership Gathering.

Andrew Parsons, IPC President, said: “It’s been wonderful for the IPC Membership to be together in person again for the first meeting since 2019.

“A massive amount has happened in that time, not least the important progress on key issues like the Governance Review, the Classification Code Review and the Strategic Plan, which will guide our thinking until 2026.

“The Membership Gathering is about knowledge sharing. It allows us to share best practice from across the Paralympic Movement, and ensures the IPC remains a world-leading sports organisation. It was a hugely productive two days in guaranteeing that we meet the expectations of our Members.”

Day 1 of the Membership Gathering began with the President’s Update from Andrew Parsons and the IPC Management Report from IPC CEO Mike Peters. That was followed by an extensive Q&A for Members with the two presenters.

Parsons then presented the proposed IPC Strategic Plan 2023-26. Consultation with IPC Members is key here as they shape the IPC’s strategic business priorities that will take the organisation through the next Games cycle. The agreed priorities reflect the IPC’s focus and areas of activity until 2026.

Much of the Thursday afternoon was devoted to the IPC Governance Review with three sessions led by IPC Vice President Duane Kale.

Kale briefed the Members on the latest progress from the Governance Review, a two-year member consultation approved by 96 per cent of IPC Members at the IPC General Assembly that took place in December 2021. There were also dedicated sessions around the Governing Board composition and Member obligations in regard to the Governance Review.

Thursday's final session was a panel on mentorship. Members heard from Paul Bird (President, Oceania Paralympic Committee), Samson Deen (President, African Paralympic Committee and President, NPC Ghana) and Veronica Velasquez (Secretary General, NPC Colombia) on why mentorship is important to them and their region. The trio also took part in a panel discussion and Member Q&A on different examples of tactics, approaches, and outcomes of mentorship.

A successful first day concluded with Andrew Parsons presenting Paul Bird with the Paralympic Order, the highest accolade anyone in the Paralympic Movement can receive.

Bird has been on the frontline of the Paralympic Movement for more than 40 years. He represented Australia in Para swimming and Para athletics at the 1980 and 1984 Paralympic Games, winning gold and silver medals. Off the competition field, he has also excelled in administrative roles, as Australian Team Chef de Mission or Deputy Chef de Mission at five Paralympic Games, a Paralympics Australia Board Member (1993-2014) and as President of Oceania Paralympic Committee, a role he has served in for the last 15 years.

Day 2 of the Membership Gathering kicked off with an exciting announcement from IPC Worldwide Partner Airbnb. Last week Airbnb launched a new category on their website called Adapted. This category makes it easier for wheelchair users to search for accessible vacation homes on the platform by showing listings with verified step-free paths into the home, bedroom and bathroom.

The afternoon started with two sessions (a plenary and breakout) on athletes with high-support needs. Led by Chelsey Gotell, IPC Governing Board member and former chairperson of the IPC Athletes’ Council, this topic saw encouraging engagement on the Member consultation and next steps.

There was then a panel session on athlete representation facilitated by Mike Peters. Members heard from Julian Bajada (Secretary General, NPC Malta), Majid Rashid (President, Asian Paralympic Committee, and IPC Governing Board member) and Birgit Skarstein (Member of the IPC Athletes’ Council), on why athlete representation within Member organisations is so important and how it can have positive outcomes.

The final session of the Membership Gathering was an update to Members on the transfer of Governance of the World Para Sports. All the sports that the IPC is currently the international federation for will be transitioned out of the organisation by 2026.

The next IPC General Assembly is due to take place in the final quarter of 2023 at a venue yet to be confirmed.