By IOC and IPC

“The publication of these requirements further underlines the growing co-operation and integration between the IOC and IPC in organising a sports event that can change societies forever."

The publication of the HCC Operational Requirements focuses on the delivery of the different Games-related requirements by the Organising Committee for the Olympic and Paralympic Games (OCOG).

The new version of the document will apply to the Olympic and Paralympic Winter Games 2026 and previously elected hosts, according to the process agreed between the IOC and the relevant organisers.

The publication of the HCC Operational Requirements follows the publication in March of the HCC Principles which fully enable the recommendations of Olympic Agenda 2020 and set out the general guidelines governing the relationship between the IOC, the host city, region or country, the National Olympic Committee (NOC) and the Organising Committee for the Olympic Games (OCOG), as well as their respective financial and contractual responsibilities. The Operational Requirements form the final part of the Host City Contract.

More than ever, the requirements reinforce the IOC’s ongoing effort to support hosts in delivering a cost-effective, successful and legacy-enhancing Olympic and Paralympic Games. The updated Operational Requirements reflect outcomes of Olympic Agenda 2020’s the New Norm, which is a series of 118 measures that provides cities with increased flexibility in designing the Games to meet long-term goals and guarantees they receive more assistance from the Olympic Movement.

The document also supports the drive for continued integration and collaboration with the IPC. The agreement includes the principles, timelines and milestones, guarantees and conditions required to sustain the Paralympic Games as an international multi-sport, multi-disability Games. In alignment with the New Norm, this also includes a further merging of requirements for the Olympic and Paralympic Games.

Christophe Dubi, IOC Olympic Games Executive Director, said: “This is another significant step in making the Olympic and Paralympic Games a reality for the communities that have the ambition of hosting the world’s biggest sporting event. We are enabling the organisation of Games that will be sustainable and create lasting legacies for their citizens while also reducing complexity and costs.”

Xavier Gonzalez, the IPC Chief Executive Officer, said: “The publication of these requirements further underlines the growing co-operation and integration between the IOC and IPC in organising a sports event that can change societies forever.

“By enhancing the integration between the Olympic and Paralympic Games, we can streamline the delivery of the Games for OCOGs and make a number of efficiencies which ultimately will bring down the cost of staging this wonderful festival of sport.

“We are committed to working with the IOC to maximise savings for host cities and are doubly determined to use the Games as a catalyst to transforming lives, cities and societies.”

In addition to ensuring the activation of the New Norm reforms, the Operational Requirements elaborate on the organisers’ commitment to respect and protect human rights in all matters related to the organisation of the Games.

Also included in the HCC is an IOC contribution estimated at USD 925 million for 2026, based on broadcast and TOP sponsorship programme revenues, host broadcasting services provided, and transfer of knowledge activities.

Some specific examples include:

• Maximise the use of existing venues and infrastructure 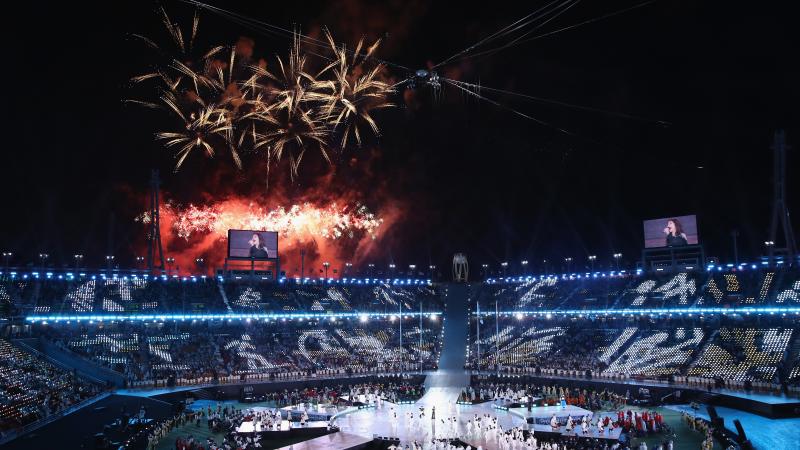