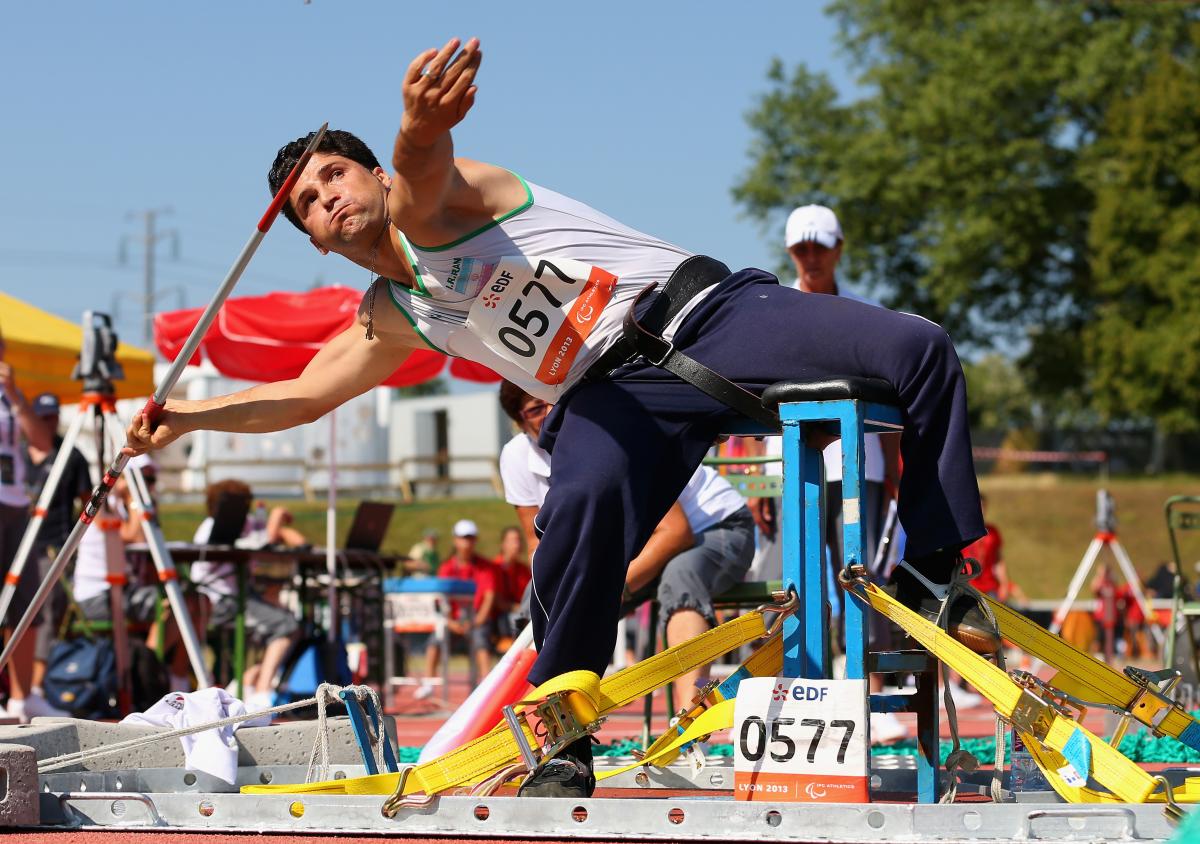 Mohammad Khalvandi of Iran in action in the Men's Javelin F57/58 at the IPC Athletics World Championships on July 20, 2013 in Lyon, France

For the first time, organisers were able to run the competition at club level.

The development of para-sport in Iran received a boost this month (October) with the country holding the first ever national athletics championships in throwing events, as well as a gathering of technical officials and coaches.

Paralympic medallists along with Iranian champions and a number of young athletes competed in club teams, including javelin F57-58 gold medallist and world champion from the 2013 IPC Athletics World Championships Mohammad Khalvandi, discuss F44 and javelin F42 medallists from London 2012 Farzad Sepahvand and Kamran Shokri Salari and nearly 40 female athletes across all teams.

For the first time, organisers were able to run the competition at club level, with the Lorestan A-team topping the table ahead of Zanjan and East Azerbaijan.

In another first, the Iranian Paralympic Committee also organised a national seminar for coaches, managers, administrators and technical officials.

At the seminar, the President Mr. Khosravivafa spoke of the importance of keeping pace with the development of para-sport. He added that coaches and all those involved should further their dedication and commitment towards their target athletes, and contribute to the excellence and inspiration of athletes by creating a bridge between the current and next generation.

Attendees also had a chance to discuss the future of para-sport in Iran and how to build on performances at London 2012, exchanging their views and experiences for better planning for future major events.

Iranian national coaches, technical officials, administrators and managers gathered for the first time to discuss the future of para-sport in the country