After her incredible performance at the Alltech 2014 FEI World Equestrian Games, Morganti received 41 per cent of the vote. 18 Sep 2014
Imagen

"Morganti received 41 per cent of the public vote to claim the title, after she caused the shock of the Alltech 2014 FEI World Equestrian Games"

Italy’s para-equestrian rider Sara Morganti has been named the Allianz Athlete of the Month Best Female for August 2014.

Morganti received 41 per cent of the public vote to claim the title, after she caused the shock of the Alltech 2014 FEI World Equestrian Games in Normandy, France.

Second place went to Great Britain’s Jeannette Chippington, with 16 per cent of the vote, after being crowned a seven-time para-canoe world champion with two more titles at the 2014 ICF Canoe World Championships in Moscow, Russia.

Spain’s Teresa Perales came third (14 per cent), after her incredible winning return to the sport with four golds at the 2014 IPC Swimming European Championships in Eindhoven, the Netherlands.

The Tuscany-born rider took up the sport at age 13, but did not take up the competitive aspect of para-equestrian until 2005.

Since her international debut at the first FEI European Para-Dressage Championships in 2009 in Kristiansand, Norway, where she won freestyle bronze with horse Dollaro de Villanova, Morganti has gone from strength-to-strength.

Riding horse Royal Delight, she took freestyle bronze at both the 2011 Championships in Moorsele, Belgium, and the JYSK FEI European Para-Dressage Championships 2013 in Herning, Denmark.

A fourth place finish at the London 2012 Paralympic Games followed, and she has since been trying to edge past her highly experienced rivals – a feat she achieved in Normandy.

Earlier this month, Ukraine’s Yevheniy Bohodayko was named the Allianz Athlete of the Month Best Male. The shortlist for the Best Youngster will be published on the IPC homepage on Friday (19 September). 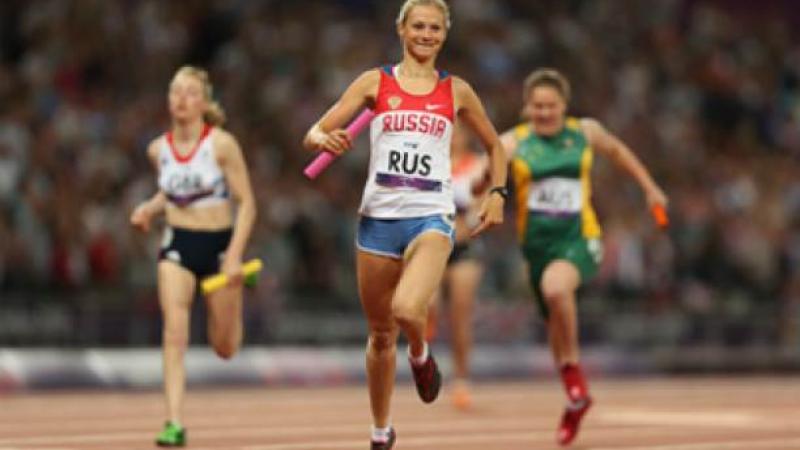