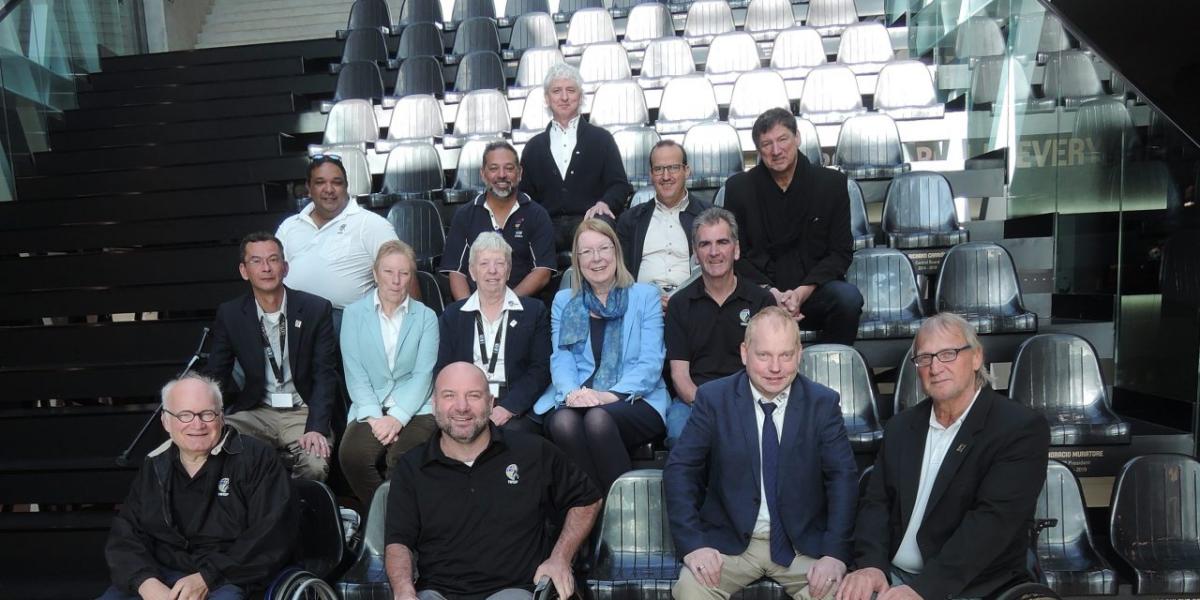 The IWBF Executvie Council met for the in April 2017 in the House of Basketball.

The first Executive Council meeting of International Wheelchair Basketball Federation (IWBF) in 2017 took place on the 8 and 9 April at the House of Basketball in Mies, Switzerland.

Over the two days the Executive Council were consulted on the preparations for the U23 World Championships, which is to from the 8 – 16 June in Toronto, Canada, later this year, as well as being briefed on the progress of the organisation of the 2018 World Championships for Men and Women, which is to be hosted in Hamburg, Germany. There was also discussion over suggested changes to operational plans for commissions and administration structures, all of which were approved.

Whilst in Mies, the council, made of 14 members from across all four zones, were also treated to the unveiling of a new wheelchair basketball display within the House of Basketball museum.

It was also announced that current Assistant to the President, Norbert Kucera, will move into a new position as IWBF’s Deputy Secretary General, effective immediately.