Dutch skier is focused on the World Championships on her road to the Winter Paralympics, and will begin her season in Landgraaf. 14 Nov 2016
Imagen 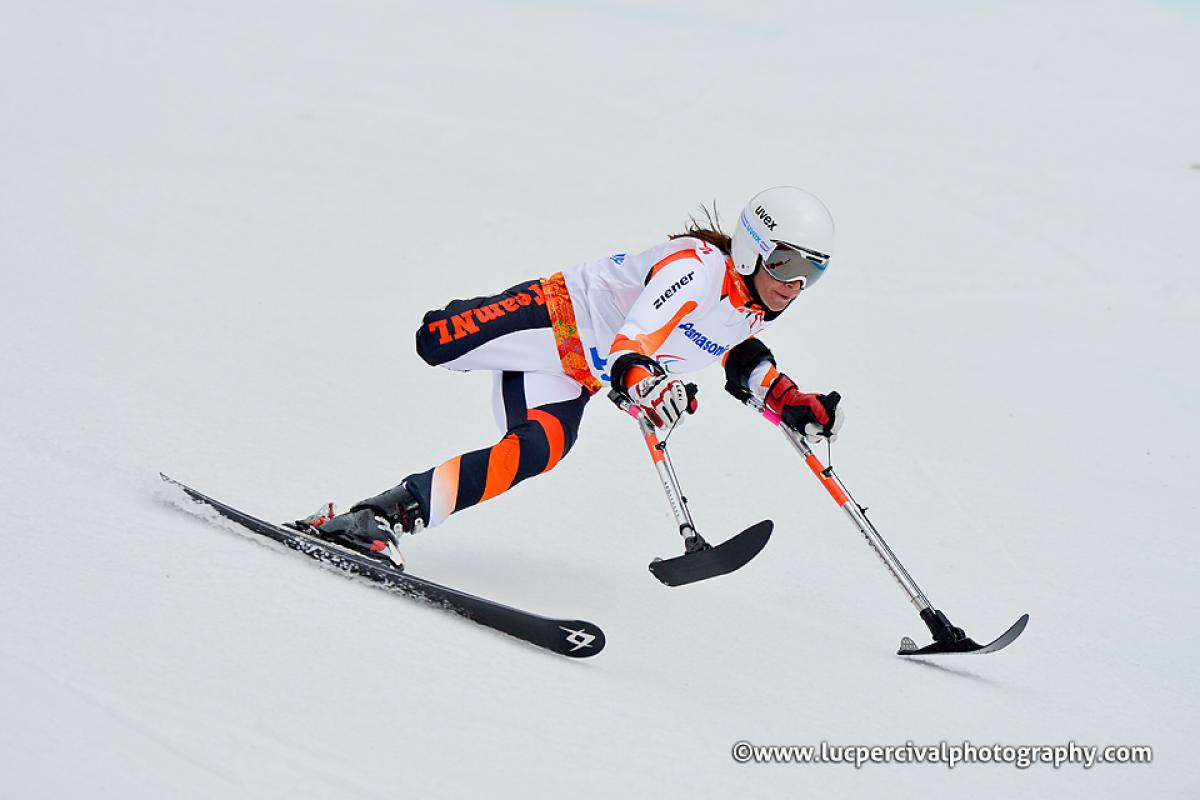 Anna Jochemsen, Netherlands isn't afraid to push herself to the limits

Ⓒ© Luc Percival Photography
By Ryan Wilson| for the IPC

The Netherlands’ Anna Jochemsen will ski on home snow on Thursday (17 November) in Landgraaf, and is eager to get the World Championships season underway.

Despite a series of top 10 finishes in the IPC Alpine Skiing World Cup last season, including second in downhill, Jochemsen is hungry to improve.

“My goal is to be on the podium several times,” she said. “You never know how everybody is doing; what everybody did (during the offseason); and how it worked out. So there’s some kind of uncertainty. I’m certain what I did is good, but will it be good enough? I don’t know.”

It will give her a chance to qualify for the PyeongChang 2018 Paralympic Winter Games in South Korea. It would be her second Paralympics.

To achieve her goal, she said she will need to “ski on the limits” - a phrase that was passed down from her father.

“(It means) wanting to go so fast you’re not sure you can keep up,” Jochemsen, who learned skiing at the age of seven in the USA, said. “That’s the risks of skiing the best line around the gates and not crashing. If you go really fast, and you have a little problem with the balance, just a little mistake can make you crash.”

But Jochsemsen trained in Austria and Switzerland during the offseason to ensure she is at her absolute best.

Her competitive journey starts again on 17-18 November with two slalom Europa Cups in Landgraaf. She is excited and nervous to see her teammates on the Dutch Ski Federation and all of her competitors on familiar ground.

“That’s the first time we can measure and compare with the components and my colleagues to see where I’m standing,” Jochemsen said.

Later in Tarvisio, around 140 skiers from 30 counties are expected to compete across a full programme of technical and speed events. Jochemsen said she wants to be “100 percent”.

And if she skies well enough, she will qualify for PyeongChang 2018. In March the 31-year-old will go on to compete at the Paralympics Test Event.

“I’ve never been to Korea,” she said. “That’s also what I’m looking forward to.”

The Paralympian does not want to get too caught up in the performances of others. She is better off focusing on her own personal goals.

“There will always be points to improve on,” Jochemsen said. “But in a race, it’s good enough if you ski your best run of what you can do at that moment.”

The 2017 World Para Alpine Skiing Championships will be the last major gathering of the world’s best skiers before PyeongChang 2018.