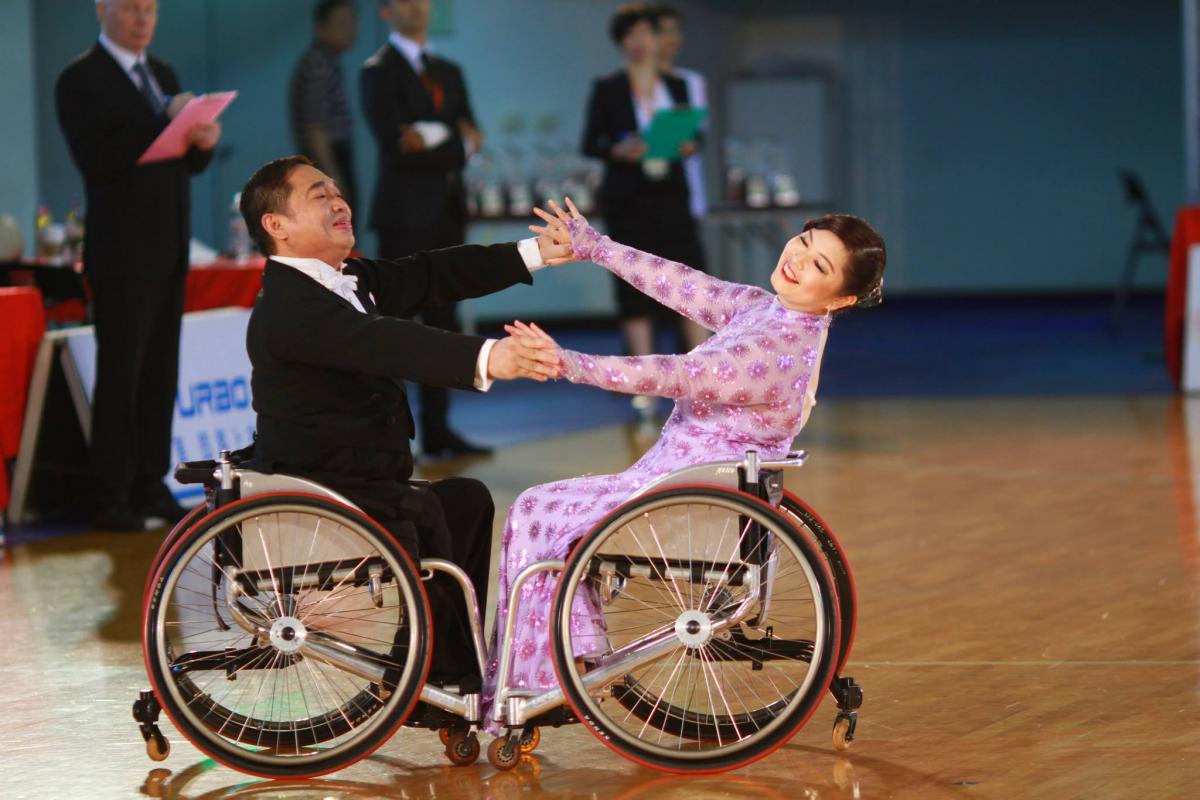 ⒸIPC
By Crystal Perris | For the IPC

Shen-Tsung Kao of Chinese Taipei is hoping his country will win at least one gold medal when hosting the first ever IPC Wheelchair Dance Sport Asian Championships in New Taipei City in November.

Kao hopes that hosting the event “could help boost in promoting wheelchair dance sport in Chinese Taipei,” and that he personally feels “courageous and devoted.”

Heading into the Asian Championships Kao hopes to reach new heights in the individual freestyle whilst also dancing with his partner Ting Yu Wu in the pairs events.

At the 2016 season opener in Kazakhstan, the duo finished in sixth place in the combi Latin class 2+1. This season they are on track to improve their performance, Kao says, “in physical strength and the realisation on the interpretation of music.”

Kao hopes focusing on these components will improve their results. Representing the host country he feels a great deal of pride and wants to impress.

After seeing a few wheelchair dance sport competitions, Kao was whole heartedly convinced he should compete. He now competes in class 2 and 3 in combi Latin and freestyle. His most memorable competition to date was making his debut at the 2013 Continental Cup in St. Petersburg, Russia. This was Kao’s first international experience, where he felt both excited and nervous. Kao’s words of wisdom to those starting out in the sport, feeling excited and nervous, are to “learn how to relax yourself”.

Kao started his sporting career in wheelchair dance sport 12 years ago when recovering from an operation. He has walked with the assistance of crunches since having polio as a child. “Dancing can let me better understand life,” he says, “It’s a way to tell God I’m alive.”

The 2016 IPC Wheelchair Dance Sport Asian Championships will be held on 5-6 November. Around 60 dancers from seven countries are expected for the competition at the Sanchong District Complex Gymnasium, where the New Taipei City Cup Open was hosted in 2015.