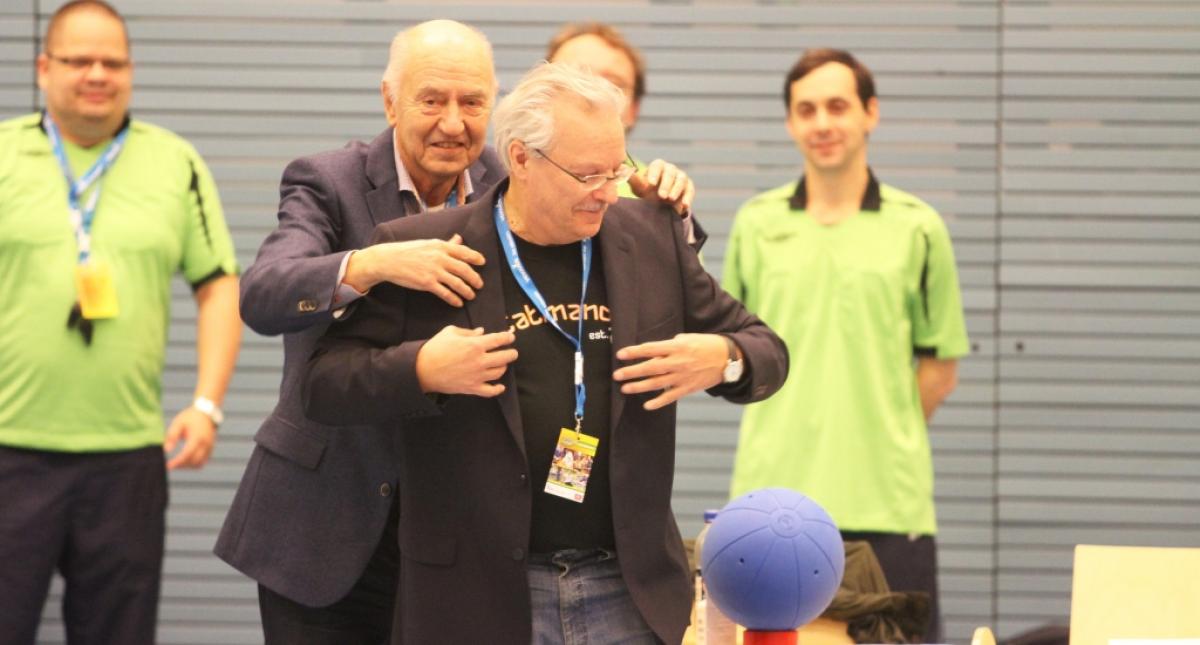 Kari Rasanen has been appointed the new Chair of IBSA Goalball

The International Blind Sports Federation (IBSA) has named Finland's Kari Räsänen Chair of IBSA Goalball effective 1 January 2015. He replaces Kari Marklund of Sweden who retired after many years of distinguished service to IBSA, including most recently as Chairman of IBSA Goalball.

Räsänen, who was previously the Sports Director for IBSA Goalball, has been a certified international referee for goalball since 1991 and served as goalball technical delegate for the London 2012 Paralympic Games. In his home country, he currently chairs the Finnish Goalball Committee and is a member of the Rules and Competition Committee of the Finnish Association for Disability Sports. Originally trained as an engineer, Räsänen also holds a Diploma in International Marketing and an Executive MBA. He has operated his own two firms for nearly 25 years.

IBSA governs the sport of goalball, largely through the expertise and leadership of the IBSA Goalball Committee.

IBSA determines the international calendar of competitions, establishes and enforces rules, and collaborates with the International Paralympic Committee (IPC) on goalball competition at the Paralympic Games. IBSA also governs the Paralympic sports of Judo and 5-a-side football, and conducts programmes in seven other sports.

Räsänen now takes the lead on implementing the IBSA Goalball Committee’s Strategic Plan to strengthen and expand the sport around the world. The committee is also overseeing preparations for goalball competition at May 2015’s IBSA World Games in Seoul, South Korea, and at the Rio 2016 Paralympic Games.