Around 120 athletes from 21 countries will compete in combi, duo and singles dances across standard, Latin American and freestyle events. 12 Apr 2016
Imagen 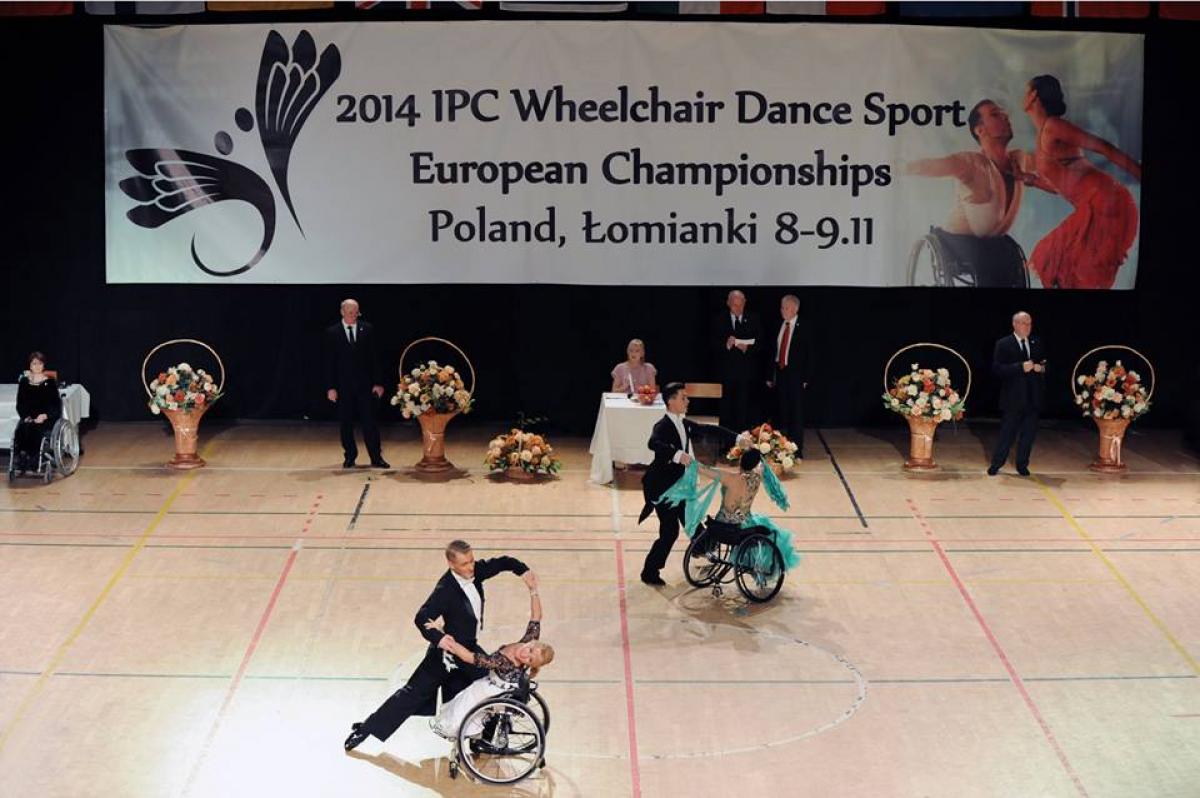 "I am glad that after the significant achievements of Slovak athletes in wheelchair dance sport, that we were successful in bidding for the European Championships."

Over 120 athletes from 21 countries are expected for the competition, which is being held for the first time over three days to accommodate the growing number of events and athletes.

“It is clear that wheelchair dance sport is growing in its reach and influence, and I have no doubt that the standard of competition will continue to increase in Kosice as it has done all around the world in recent seasons.”

The organisers are pleased to include the European Championships within their plans to grow sport participation for all in Kosice and Slovakia.

Richard Rasi, Mayor of the City of Kosice, said: “We are really glad that the wheelchair dance sport European Championships will be part of our rich programme for the European City of Sport 2016.

“We are grateful for the support of the Slovak Paralympic Committee and for the trust of the International Paralympic Committee who have decided that Kosice will be honoured by the organisation of this event. The event will help us in achieving our goal that the European City of Sport 2016 may become everyone’s project, and a project about people who love sports and physical activities.”

Jan Riapos, Slovak National Paralympic Committee President, said: "I am glad that after the significant achievements of Slovak athletes in wheelchair dance sport, that we were successful in bidding for the European Championships. This year will be highly important for the entire Paralympic Family. Slovakia is successful organiser and I believe that in combination with the European City of Sport Kosice 2016, there is the chance to organise an excellent event. I will be pleased if you come and see Kosice and the European Championships at the end of October 2016 in person."

The last European Championships were held in Lomianki, Poland, in 2014 and were the first since 2009. The competition featured 112 athletes from 18 countries and saw the successful debut of singles dances at a major international event.

In the Kosice Sport Hall venue, a full programme of singles, combi and duo dances in standard, Latin American and freestyle will be contested.

The announcement also comes as the season got underway in Astana, Kazakhstan, on Saturday (9 April).

The Suomi Open in Lohja, Finland, will follow on 30 April-1 May. Dancers will then head to Frankfurt, Germany, for the Mainhatten Cup between 28-29 May before competing in St. Petersburg, Russia, in the IPC Wheelchair Dance Sport World Cup on 10-12 September.